A project that starts from a historical consensus between the Public Administrations and the private initiative. At the right time: with a cycle and maximum political and citizen support.

With a model of responsible and sustainable urbanism, which thinks of all people and will become a benchmark for urban regeneration. Introducing from the outset a pioneering gender impact assessment.

Designed to regenerate an inaccessible area of the capital and improve the lives of its inhabitants.

Guided by the most demanding criteria of urban sustainability in all its scales: environmental, social and economic. Prioritising public transport. Reinforcing Madrid’s position in its rightful place among the world’s major cities. 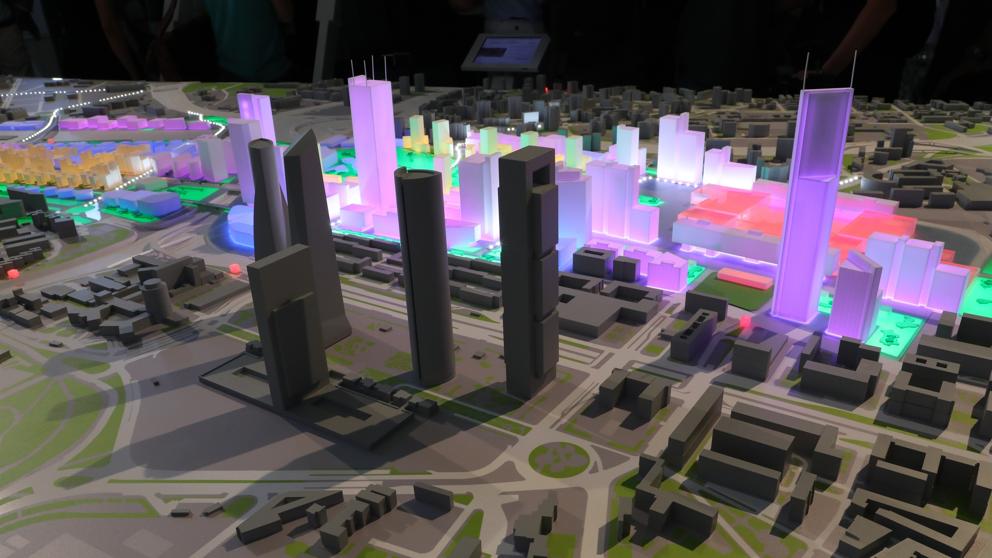 Madrid Nuevo Norte is the great urban regeneration project that will redefine the Madrid of the future, based on mixed uses, the protagonism of people, public space and quality employment. The project focuses on providing solutions to the needs of existing neighbourhoods and on uniting and integrating them with the new action.

The project is based on the extension of the main axis of the city that extends to El Pardo. Recovering its original essence: a green promenade for pedestrians and cyclists.

One of the key objectives of the project is to improve the neighbourhoods adjacent to the urban divide, connecting them and providing them with services. 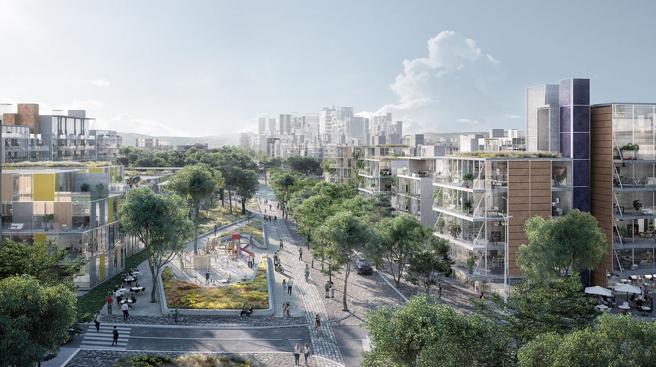 A series of bridges, walkways and tunnels have been designed to connect historically isolated neighbourhoods. Neighbourhoods come together and integrate, improving their transport systems, connections, facilities and services.

The action starts from a privileged location, in the centre of the city and with a unique connectivity. With Chamartín station as the heart of the project and less than 15 minutes from Adolfo Suárez Madrid-Barajas International Airport. The station will be completely renovated to become the main centre of the Spanish High Speed and the main public transport node of the city.

Taking advantage of the potential of the new Chamartín station. An extensive hyper-connected public transport network is created linking the isolated northern neighbourhoods with each other and with the city centre. With three new Metro stations on line 10, a new commuter station and a pioneering Priority Bus system.

Madrid Nuevo Norte creates a model of a compact city with mixed uses, housing, shops and offices. With an architectural profile that will project an iconic image of Madrid as a city of the 21st century.

A balanced city profile that integrates respectfully and harmoniously with its surroundings.

The project will provide 10,500 homes to the north of Madrid, to meet the current needs of the area. 20% of them will have public protection, which is double what is required by law. The project will provide the necessary new public facilities both to meet the historical needs of the neighborhoods and to serve the people who will come to live in the area.

The project will provide Madrid with a wide range of state-of-the-art offices. The opportunity Madrid needs to attract more top-level companies that will attract talent and create thousands of quality jobs. 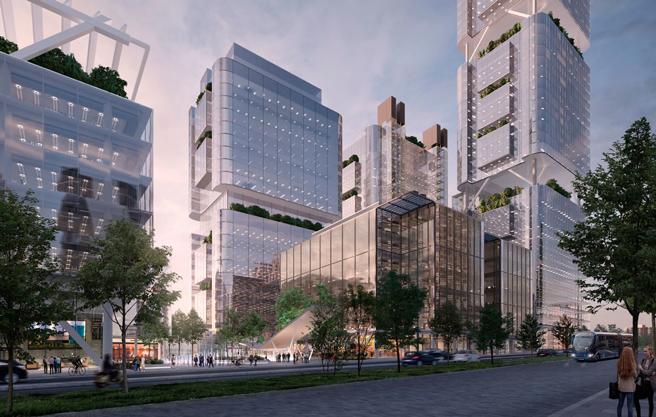 With shops, equipment and housing integrated with the offices. Connected by public transport to any point in the city and to the rest of Spain and the world, through the station and the airport.

This engineering work will reconvert a degraded area into one of the most important green spaces in Madrid. A large central park with an avant-garde design that will become a new tourist destination and pole of attraction of the city.