“Restore means to work with the history of what we have inherited from the past and, simply, make it look towards the future… That requires looking back with affection but without nostalgia.”

When we were asked to carry out the restoration of “LH135” building, as opposed to completely transforming the spaces, our main concept sought to embrace the valuable elements of the original industrial design and made them look towards the future.

Originally designed by an engineer, during our first visit to LH135 we found an old industrial building, characterized by a concrete structure of regular columns and beams, terrazzo floor tiles pavement, a granite lobby and an imposing limestone façade. We decided to restore all these elements and leave them exposed, highlighting original features and forging a relationship between the old and new architecture. After deciding upon which of the original elements to restore, our team chose to liven up the office spaces by applying, what we called, ‘the joy of color.’ Inspired by the yellow color, which had recently been use to mark paths on the floor of the car parking, we decided that this color would invade all the common areas, with only the existing terrazzo floor standing out from the bold hue. 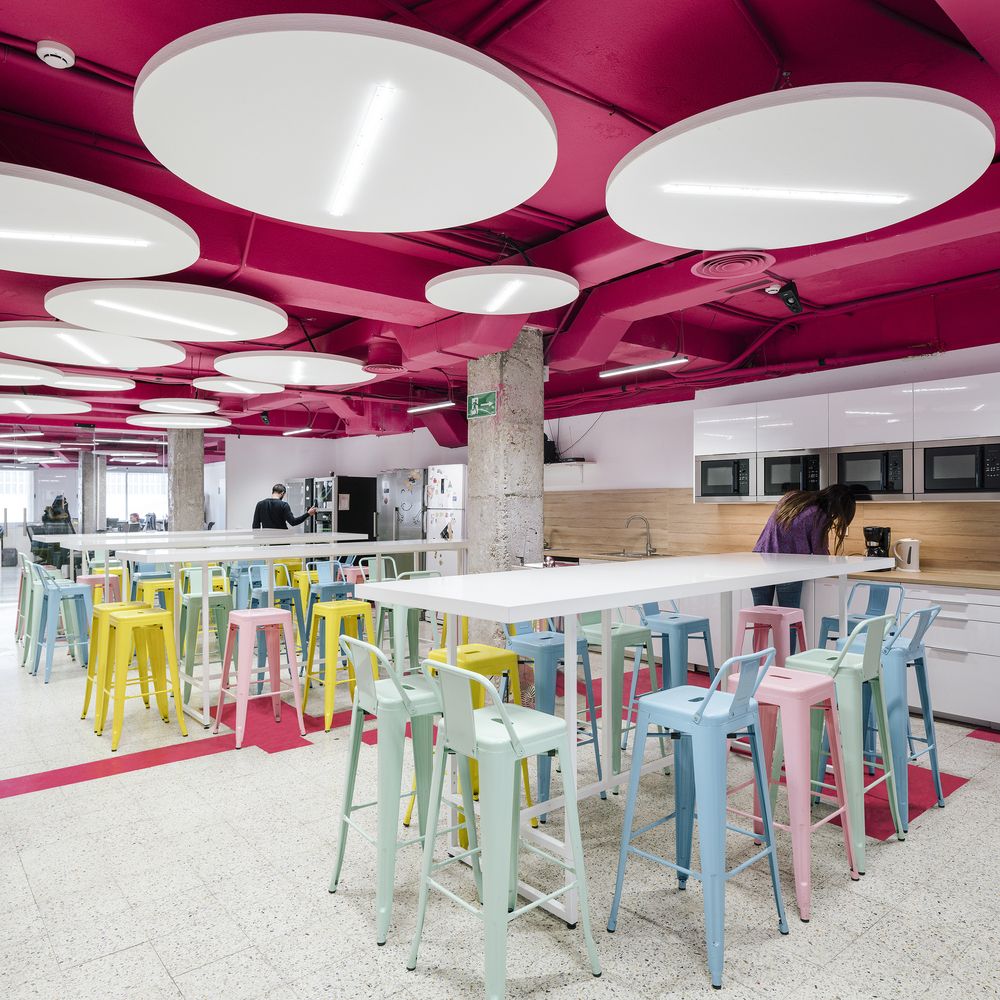 The yellow accompanies users from the front door of the building, to the elevators, lobby and stairs, until they reach the different offices. Upon reaching the different floor, the offices are distinguished by the use of different shades. Each office would be a different world, pink, white, orange…

We painted the ceilings with these tones to unify the “sky” of each office, since it is the only area where nothing can be reached, except the glance…

In addition with the solids blocks of hue on the ceiling all the recovered elements, such as the rough gray texture of the exposed concrete columns and the pattern of the existing terrazzo flooring, are further highlighted.

Pictures by ImagenSubliminal for archdaily