The concept of the project was based on the design of two bodies with independent volumetric characteristics in order to associate them with the specific themes of the architectural programme (classrooms and administrative areas).

It was fundamental that these two bodies relate to each other, through situations of coexistence for the internal population of the building as well as for all the visitors; these common elements are: the central street that crosses the project longitudinally creating connections with the campus of the University, in addition it allows to cross the building by the different zones of encounter. A large food area as an intermediate space that becomes a great viewpoint towards different parts of the city. 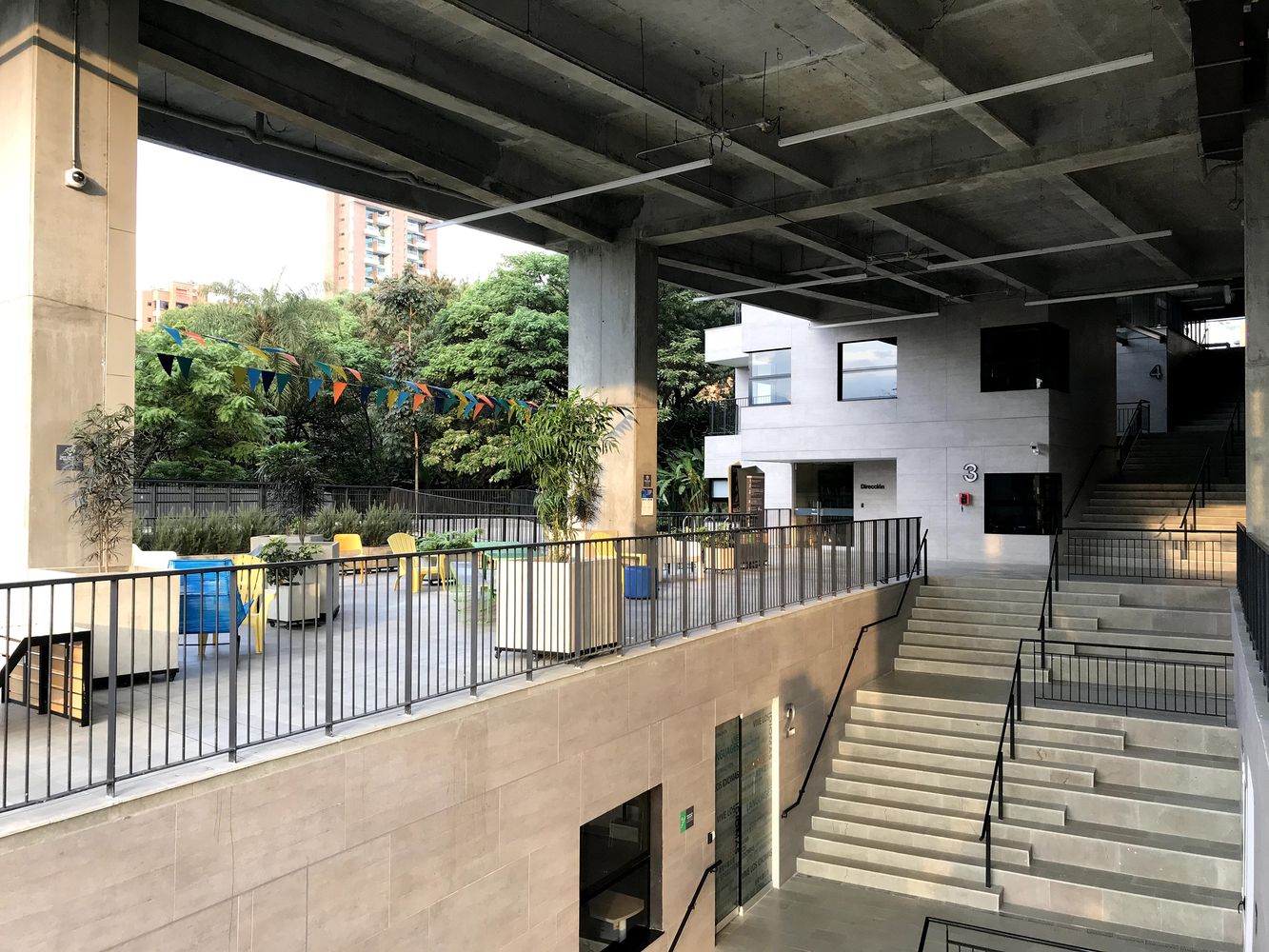 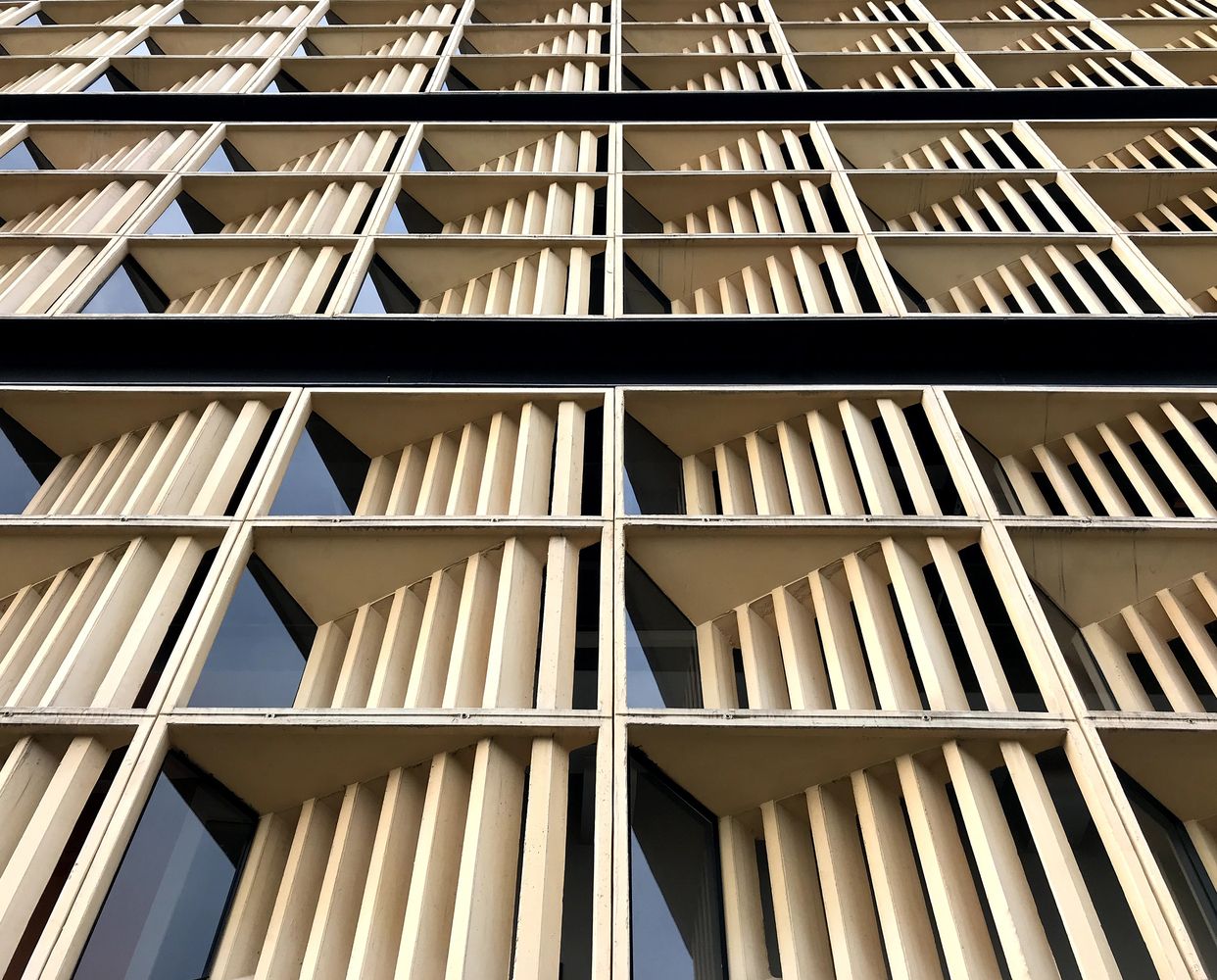 The first body of the project is geometrically a piece of coupling to the topographical condition of the place. It also has a line in its lines that we did from some drawings by Eduardo Chillida. We wanted to build a piece with a solid aspect more related to large monolithic masses.

The second body is a rational volume conceptually detached from the first, precisely to achieve that duality in the project. This volume contains the entire academic programme of the language centre and its main characteristic is the tectonics of the south façade, which is made up of a system of 481 pieces of perforated GRC concrete to guarantee an exchange of air inside and at the same time protect from the setting sun.