The intervention area of the project is located in the municipality of Rionegro, near the Cabeceras/San Nicolás highway. the lot has 76,017 m2 and presents very interesting natural characteristics that were fundamental when it came to the project. The diverse topography and the existing large trees are the determining elements for the distribution of the project on the lot, affecting it in every detail. 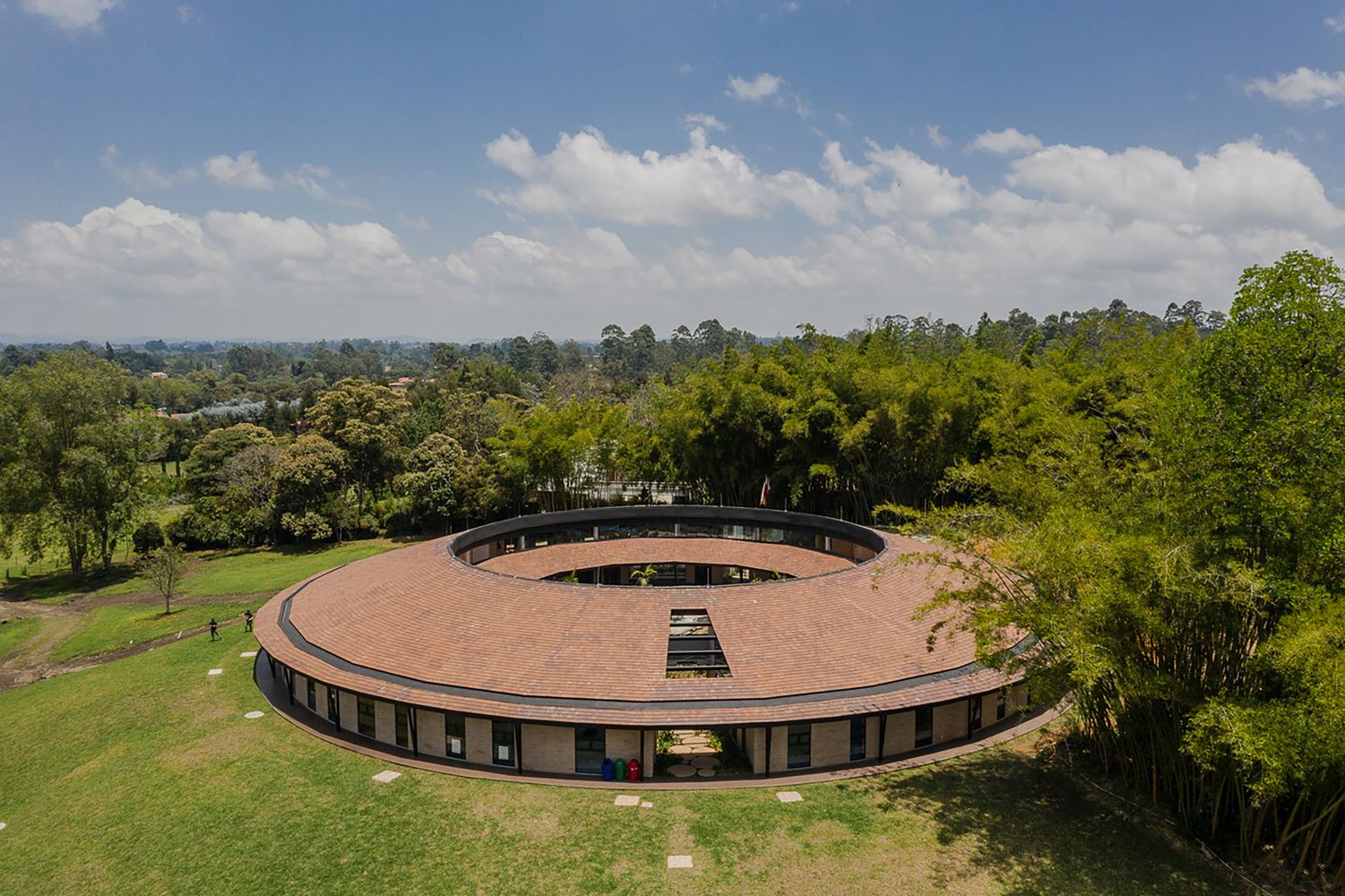 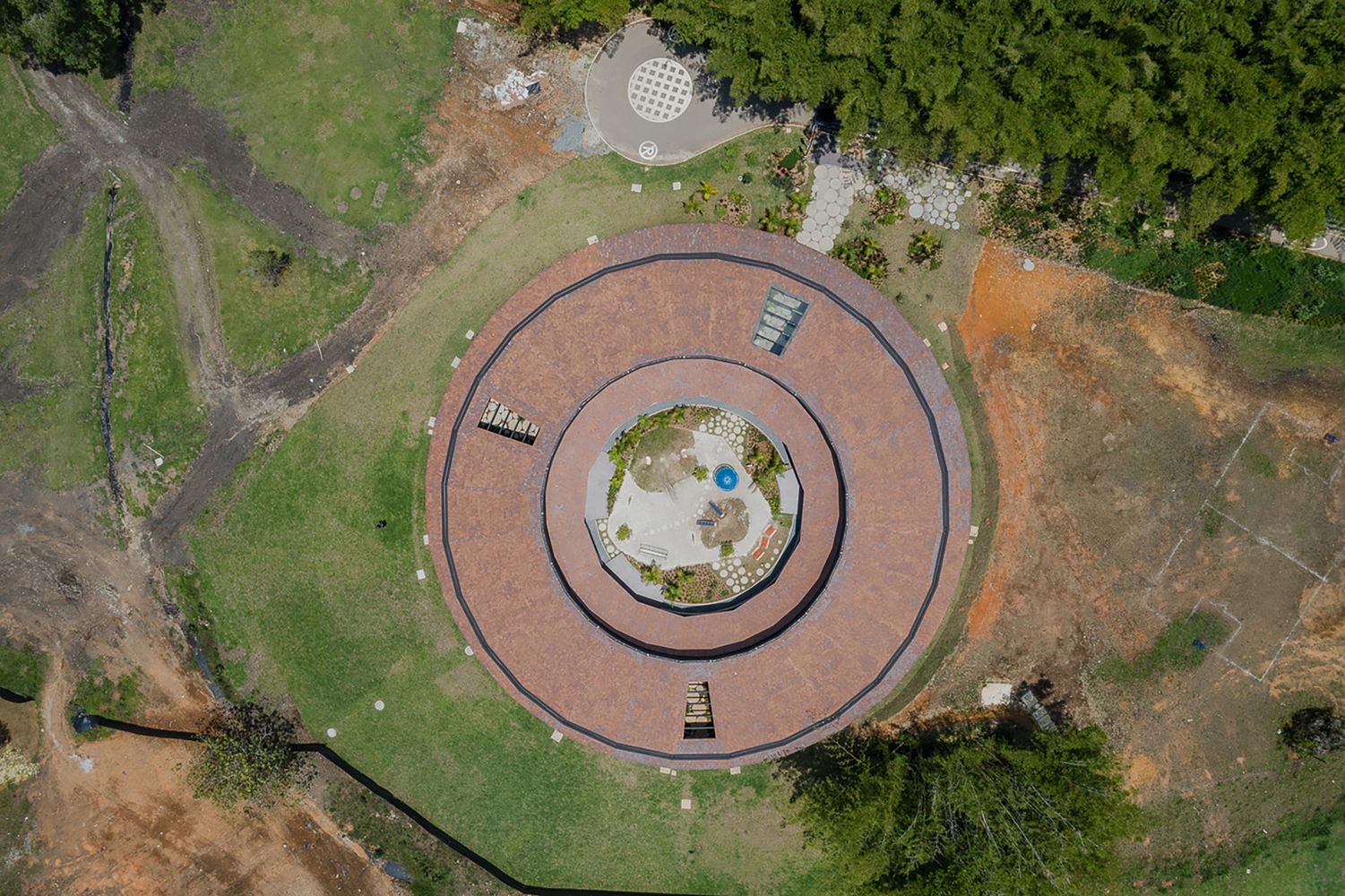 The urban planning of the Montessori School starts from the fundamental idea of circling the school and its context, in addition to presenting spaces that foster relationships between students at different scales (platforms, squares and gardens).

The public space as an educational and dynamic scenario, which allows classes to be taught anywhere in the school, bringings the students closer to their environment and encourages their ability to interact with nature. 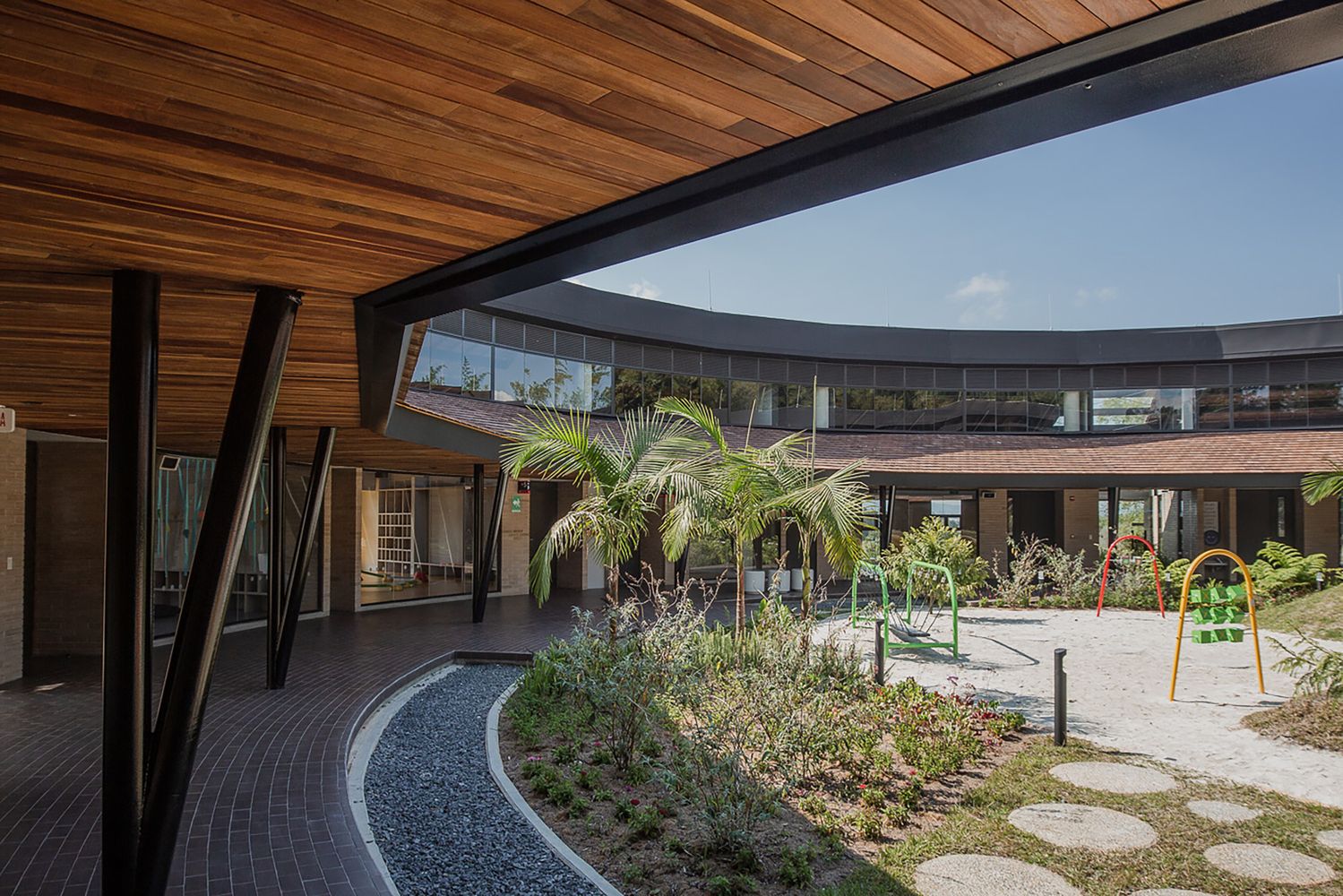 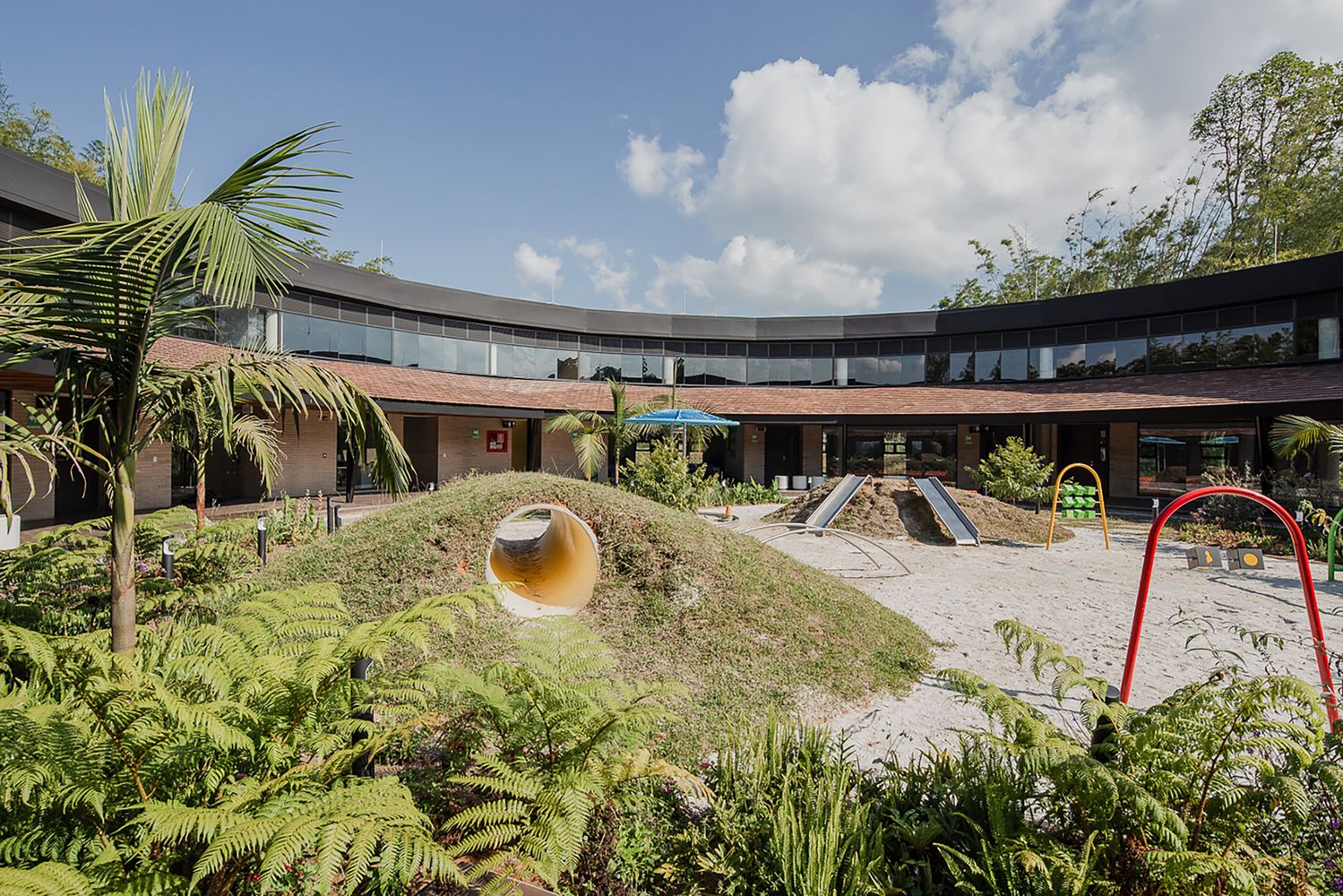 The classroom areas are located in the higher part of the lot and the sports areas in the lower and flatter area. Each building is a circle with a central courtyard that is connected with covered exterior corridors connecting the spaces, forming a dispersed assembly.

The project is designed in stages that allow the expansion of the elements of urban planning and building the buildings of each school custom made for its demands.

The circle as an educational space to generate a flexible space assent to the Montessori philosophy that fosters the personal development of each student.

The circulations of the project are considered as meeting places that fulfil not only the function of connecting but also of becoming complementary spaces to the classrooms.

The central void functions as a mixed-use space, whether for educational or recreational uses and as the setting of multiple activities. In addition to giving an identity to the building, the courtyard is the adaptable core that is modified according to the users who inhabit it.

One of the fundamental elements of the building that determines its main image is the search for non-repealed and warm materials, which arose as the main condition regarding the choice of materials. Another important aspect to consider is the buildings ability to age and its thermal conditions.

The idea of a moving garden that fosters and facilitates the human relationship with nature is encouraged in order for it to be part of the students’ personal growth.