Studio Gang has broken ground on the American Museum of Natural History Expansion in New York. Called the Richard Gilder Center, the project held its groundbreaking ceremony on June 12 to kick off construction. Designed by Jeanne Gang, the $383 million Center was first proposed seven years ago. The project was made to link a range of museum buildings for better circulation throughout the campus. 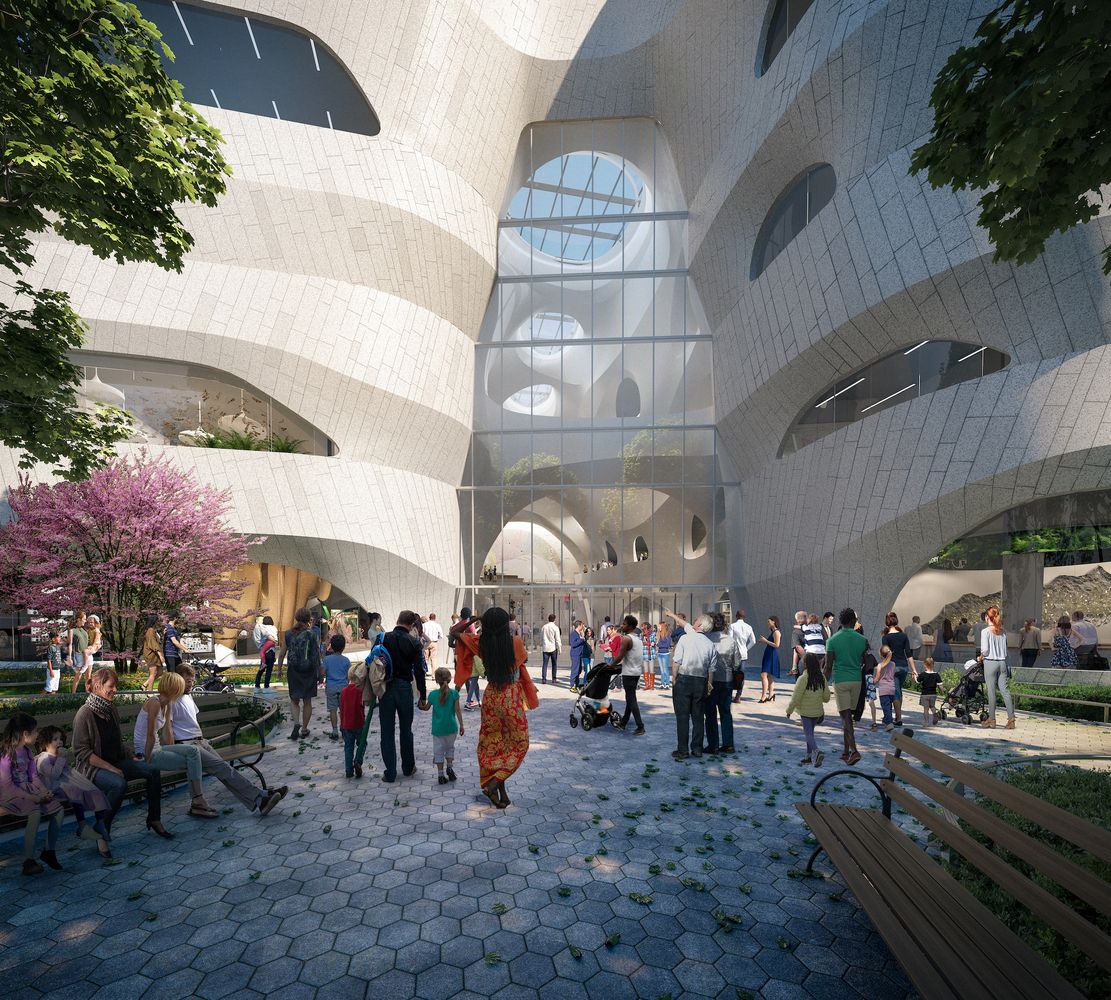 The Museum of Natural History expansion will include new galleries, classrooms, a theater, and an expanded library. Studio Gang was inspired by geological canyons and glacial forms in this design, which features an undulating, cavernous structure made of reinforced concrete. As founder Jeanne Gang said, “We uncovered a way to vastly improve visitor circulation and museum functionality, while tapping into the desire for exploration and discovery that is so emblematic of science and also such a big part of being human. Upon entering the space, natural daylight from above and sight lines to various activities inside invite movement through the Central Exhibition Hall on a journey toward deeper understanding. The architectural design grew out of the museum’s mission.” 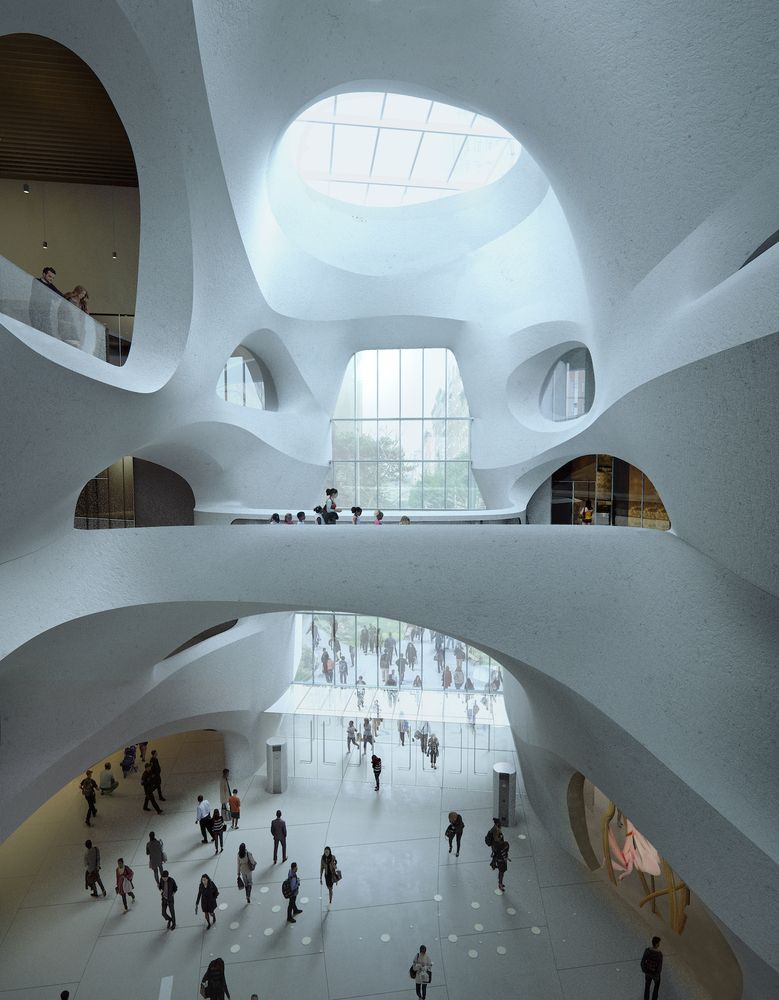 The 230,000-square-foot Gilder Center will be anchored by the Central Exhibition Hall, which will feature a “grand central staircase” with seating steps. It will have several bridges and connections to existing parts of the museum, as well as to new areas such as the redesigned Halls of Gems and Minerals, set to open in the fall of 2020. The Landmarks Preservation Committee chairwoman, Sarah Carroll, said that the Center “will be both a literal and abstract reference to the purpose of the Museum and to the forms, materials, and details of the other prominent buildings within this complex.”

Construction for the Museum of Natural History expansion is expected to last three years.