Intended to foster a more collaborative working style, the London studio brings together the studio’s 200 staff on one floor of the Leadenhall Building, completed by the Richard Rogers-led firm at the end of 2014.

The layout is left as open as possible, eschewing individual offices in favour of a plan where everyone sits together. This allows plenty of daylight to pass through the space, but also promotes the “democratic philosophy” of the firm. 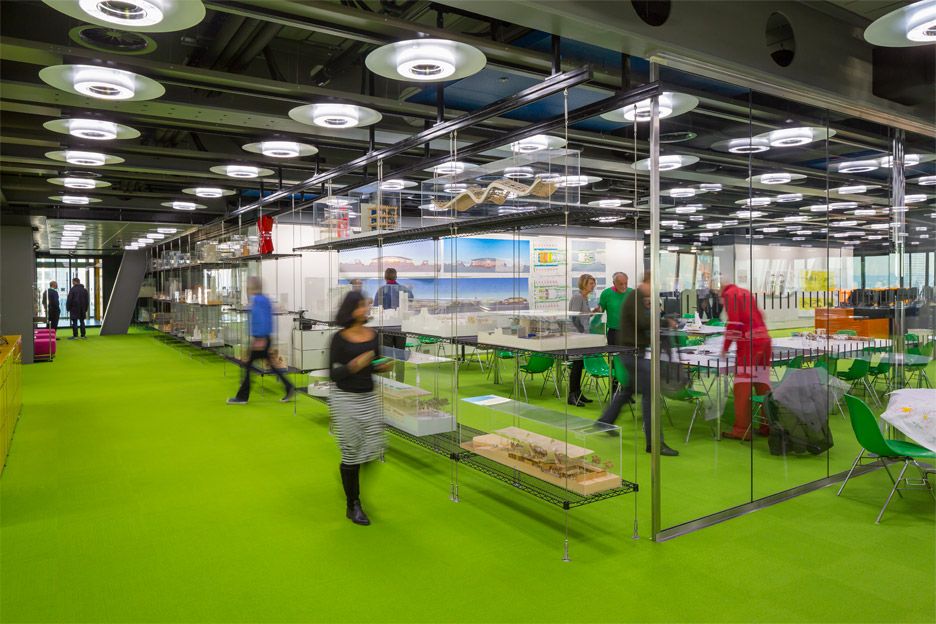 “We have worked hard to preserve the practice’s ethos,” said Richard Rogers, who runs the firm with 12 other partners.

“Our new studio embodies the teamwork, flexibility and sustainable working practices that characterise our architecture.”

For over 30 years, the architects were based in a riverside building at Thames Wharf, west London, with the River Cafe restaurant founded by Richard Rogers’ wife Ruth acting as a de facto staff canteen. But they were forced to move when the lease expired and the freeholder decided to redevelop the site.

The partners saw this as an opportunity to bring together staff who previously had been spread out across five floors. 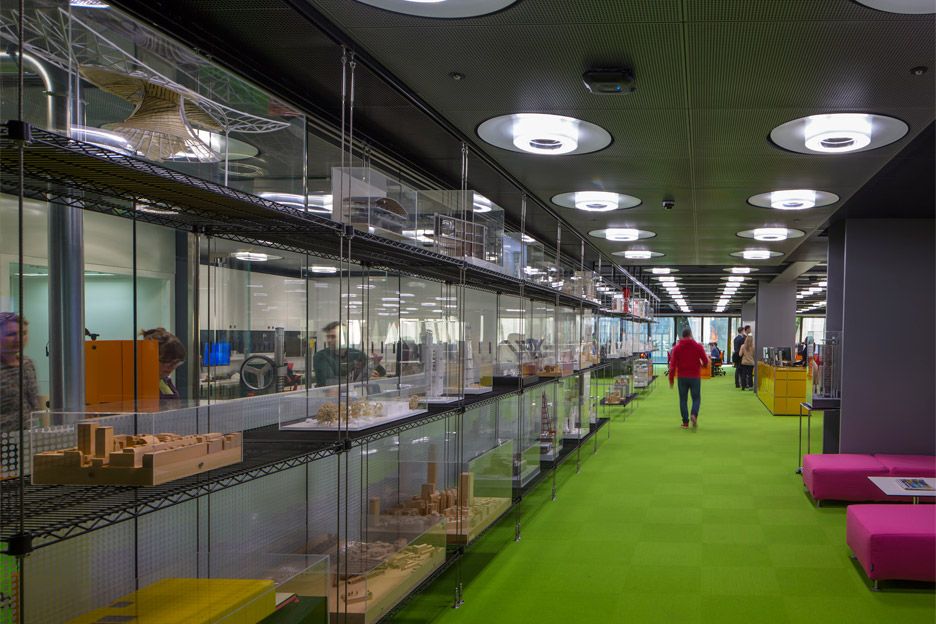 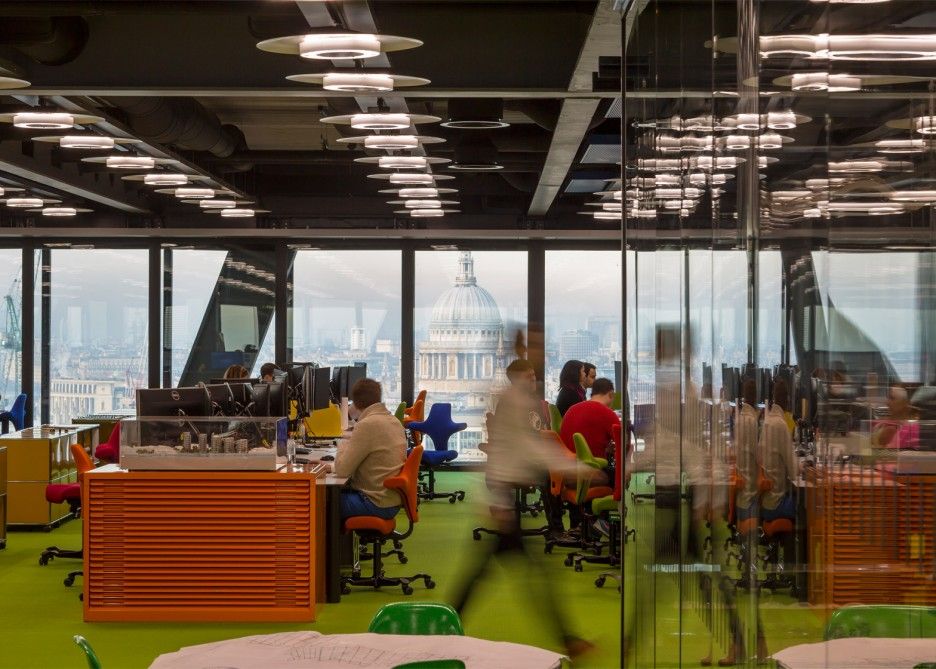 They chose to take a floor in the Leadenhall, not just because they designed it, but also because they saw it as the best fit for their needs. It puts them in the heart of the City of London, right next to Rogers’ career-defining Lloyds building. 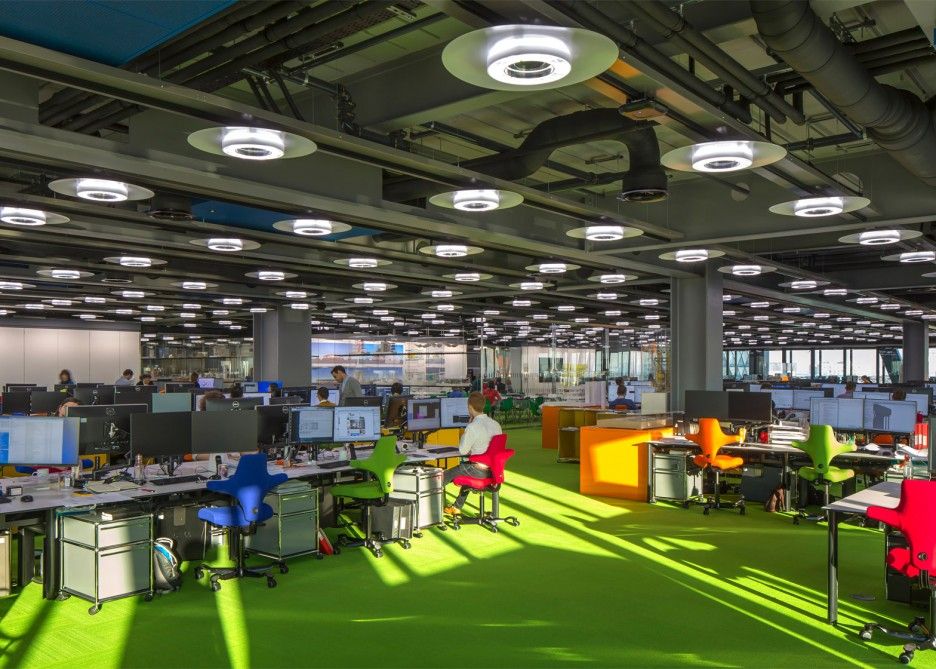 “Thirty-six years after winning the competition for Lloyds of London, we are delighted to have moved across the road,” said Rogers.

“Offices have changed immeasurably in that time, and this move from Thames Wharf Studios reflects that.”

“The riverside location was unique but on a daily basis it was hard to get together as a single studio,” added senior partner Ivan Harbour. “Our collaborative spirit was ultimately challenged by our workplace.”

Images by Tobi Frenzen and Paul Raftery on Deezen