After nine years, Frank Gehry’s Ocean Avenue project has finally received approval from the Santa Monica City Council. Originally proposed in 2013, the mixed-use development was designed as a 22-story hotel and residential tower, but was shortened to 12 stories in 2018 to comply with restrictions. 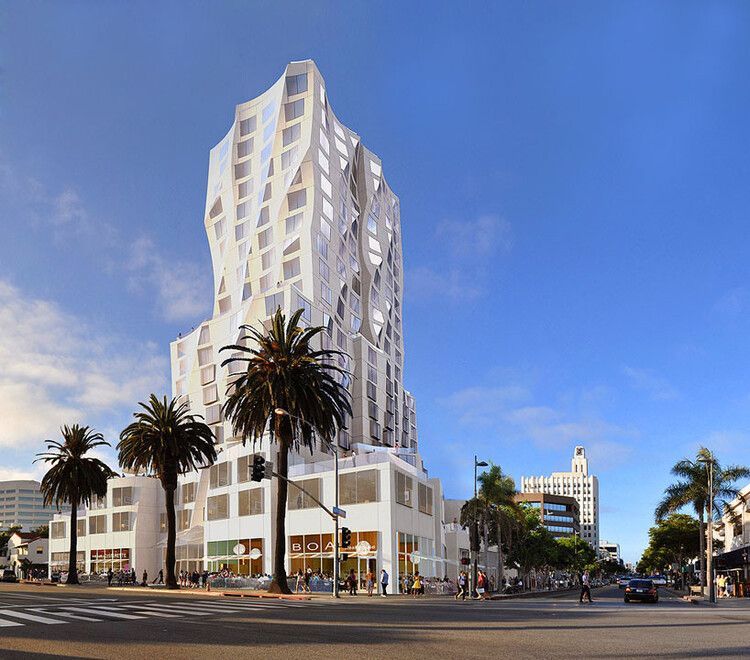 The developers also wanted to incorporate a 36,000-square-foot museum campus to the north of the structure to further enhance the cultural aspect of the site. However, the 244-foot tower has been pending city council approval for several years, following restrictions and concerns from officials. Construction is expected to begin within the next three years.