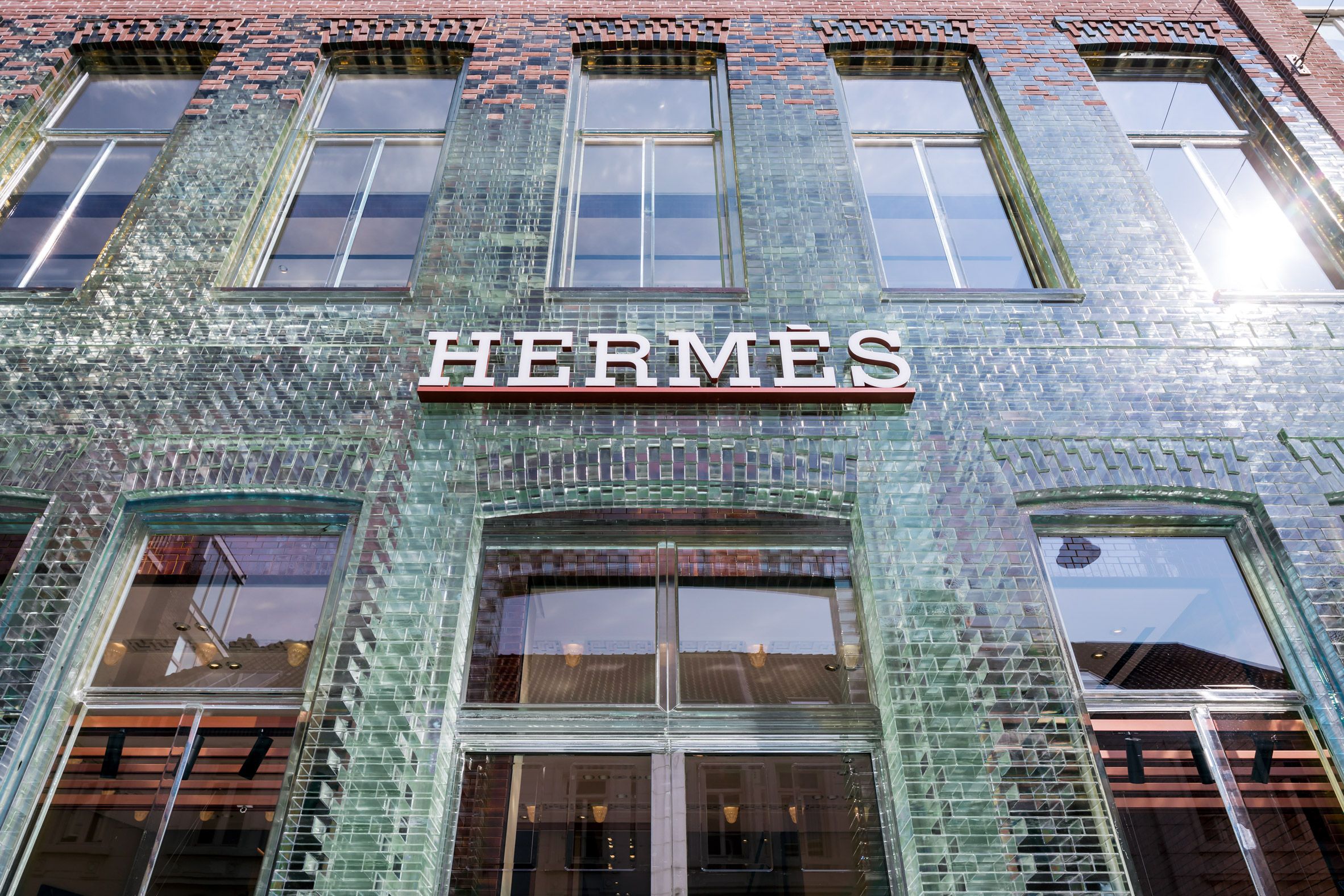 Named Crystal Houses, the building is nestled amongst a parade of stores of popular Amsterdam shopping street Pieter Cornelisz Hooftstraat.

The overhaul of the store’s interiors by Paris-based agency RDAI has seen the removal of a blank wall from behind the upper half of the facade.

This means that passers-by on the street can now more clearly see the glass elements subtly merging with townhouse’s terracotta brickwork, which is meant to give the illusion of a dissolving wall.

MVRDV says the facade is “finally as open as originally intended”. 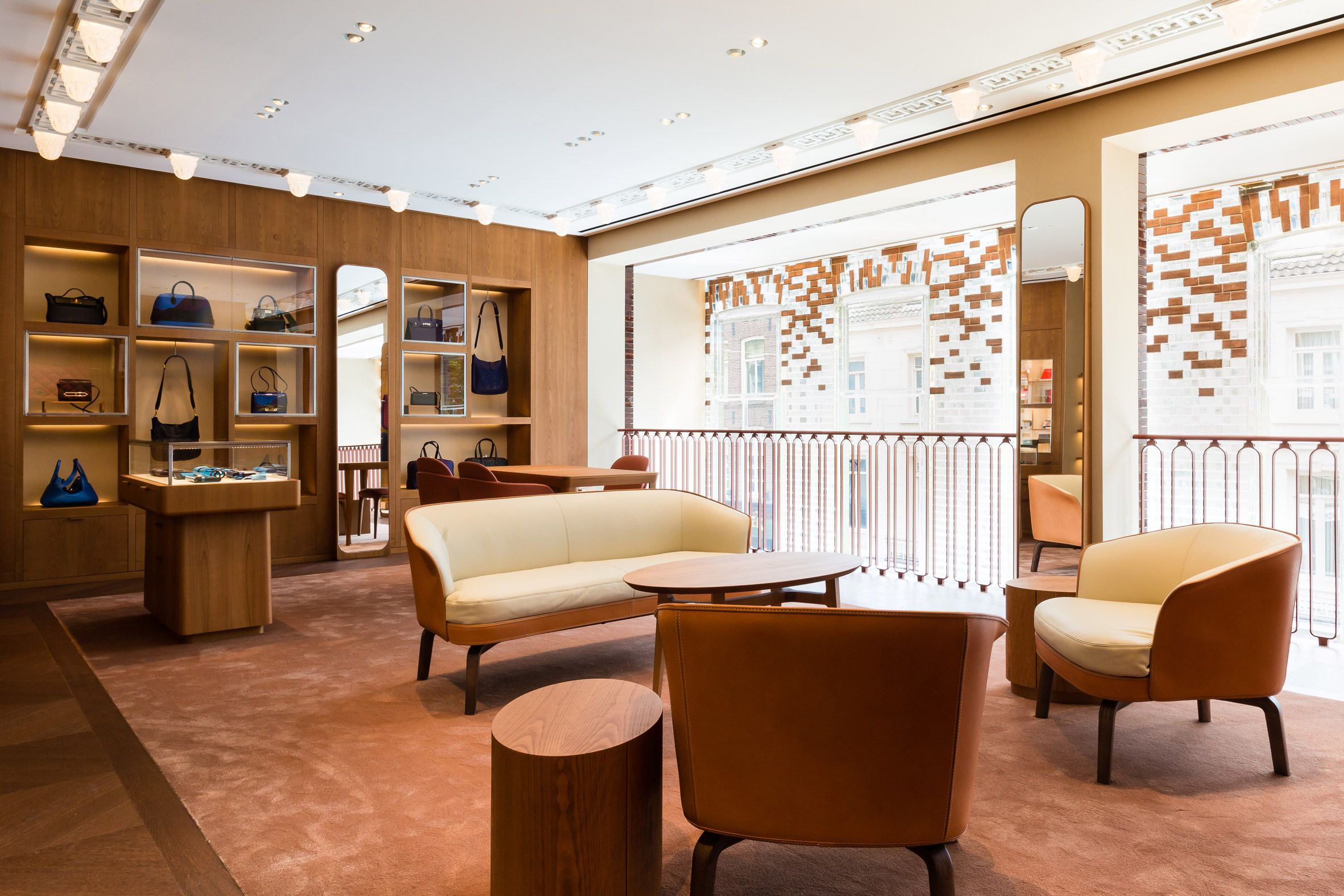 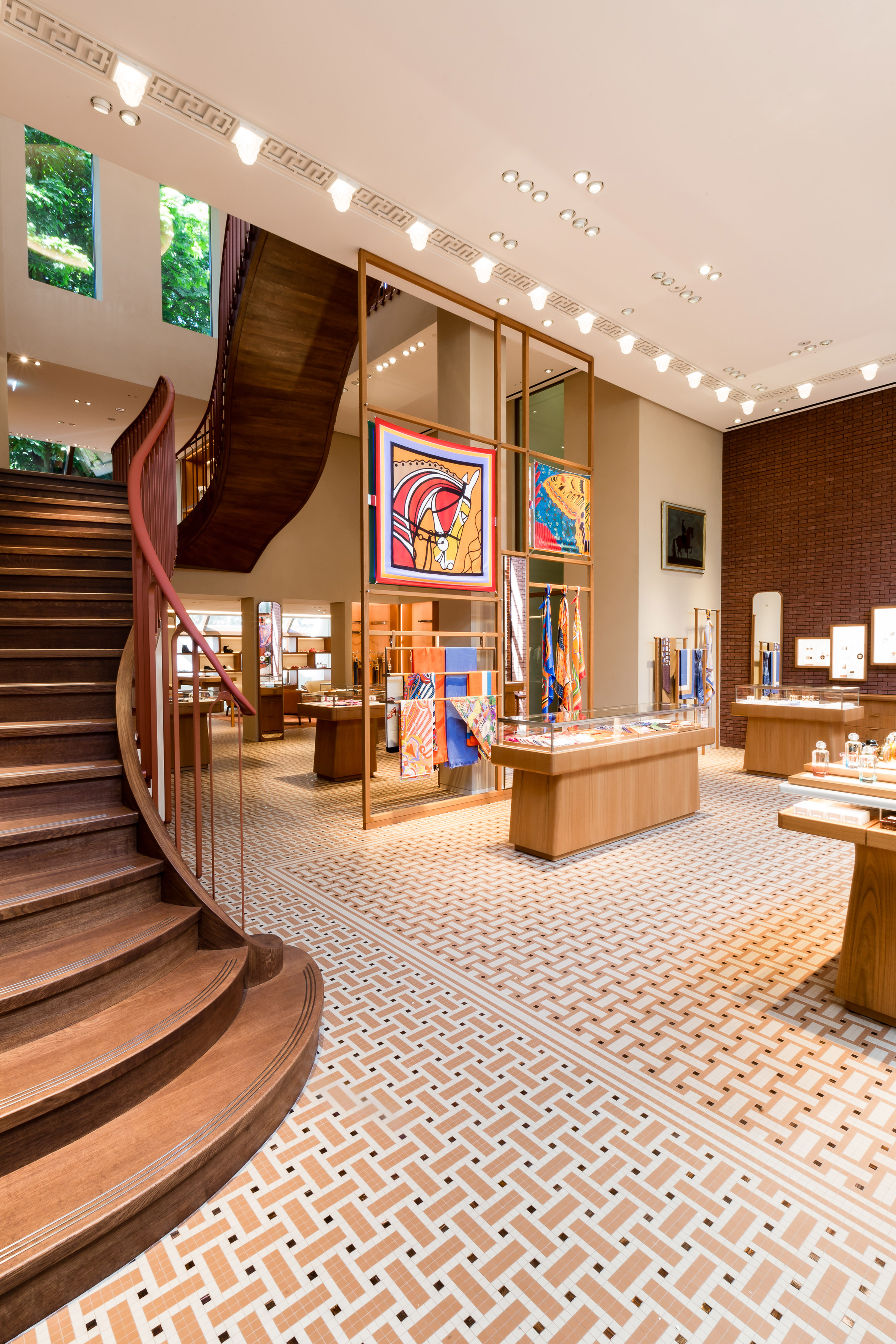 “With the upper floor open, you now sense even more clearly the transparency of the facade,” the firm’s founder, Winy Maas, told Dezeen.

“Before, the glass bricks enabled a visual connection between the street and the ground floor of the store, so you could see people moving on the other side of the brick wall. Now, that connection includes the first floor too, and the facade is twice as dynamic.” 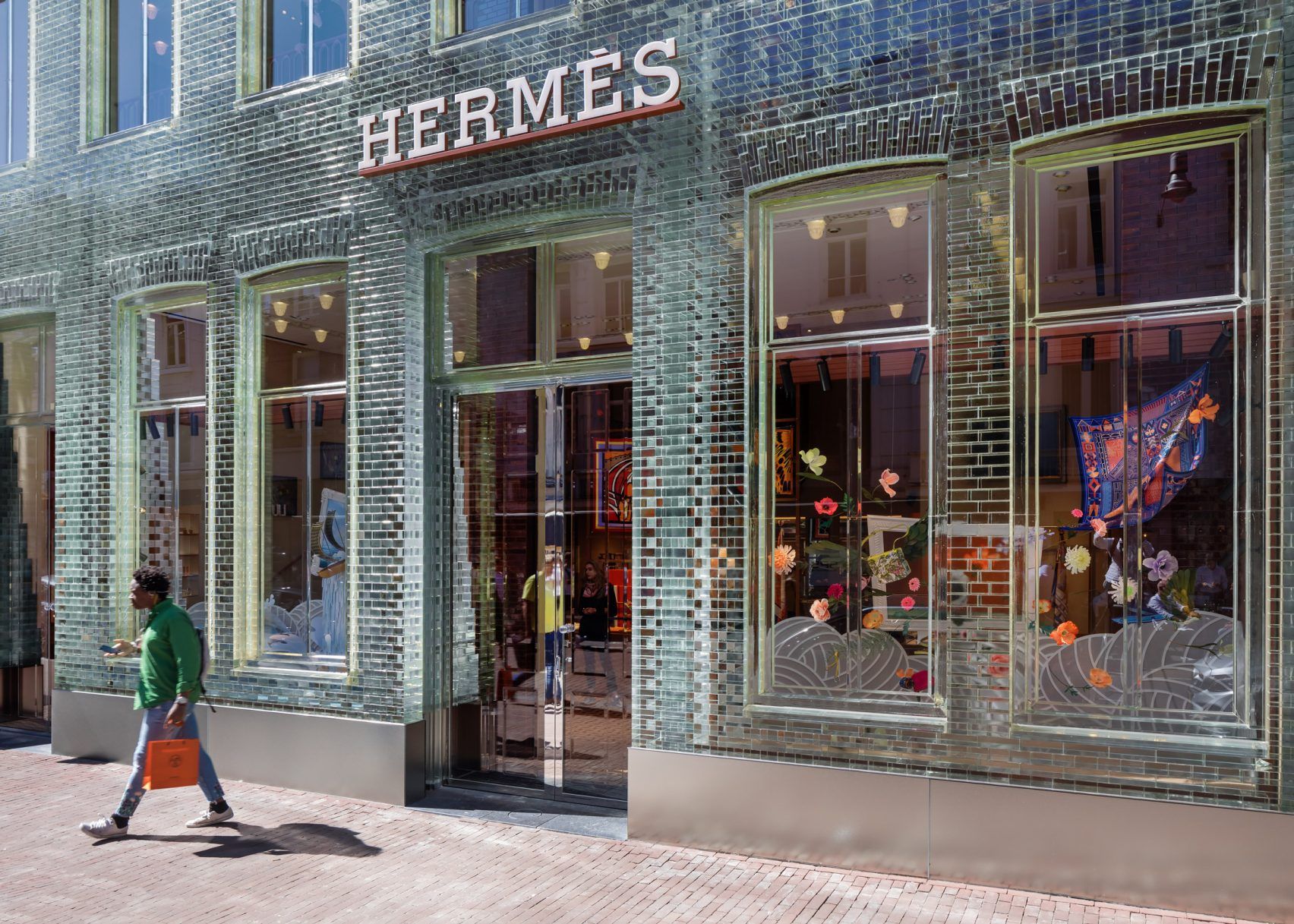