“Sede CAF Región Sur” is the result of a national architecture competition promoted by the Development Bank of Latin-American and sponsored by the local government of Montevideo in 2012.

By terms and conditions of the contest, a mix-used program building was required, in the historic city center of Montevideo – the “Old City”- a sector full of history and strong urban symbols, next to the limit with the “New Expanded City”.

The Bank headquarters, a cinema complex for “Cinemateca Uruguaya”, the relocation of the historic “FunFun” bar, 150 public parking lots and public changing rooms, are the main project areas.The conditioning and recovery of the immediate urban environment are key requirements of the entire proposal. The biggest challenge then was to achieve coexistence within a single building and urban space, such diverse functional requirements.

In the location behind the Solís Theater, there was an existing building, the Former Central Market, which was almost abandoned and deteriorated, as well as its nearby public spaces.

The conceptual basis on which the project was generated is based on 6 key points.

Physically separate the different architectural programs: Recognizing the different spatial and functional requirements, the building is conceived in two separated areas. CAF offices are located in the existing structure, while the cinema complex and the “FunFun” Bar are located in a new built volume next to Reconquista Street. Both buildings form an internal public “Urban Courtyard”.

Incorporate public space inside the built volume: The void is conceived as an articulation between the existing and the new. A public space configuration that feeds on the surrounding activities, proposing continuity in the ground floor level. At the same time, and considering this is an area exposed to strong winds, it allows a protected entrance to the building. 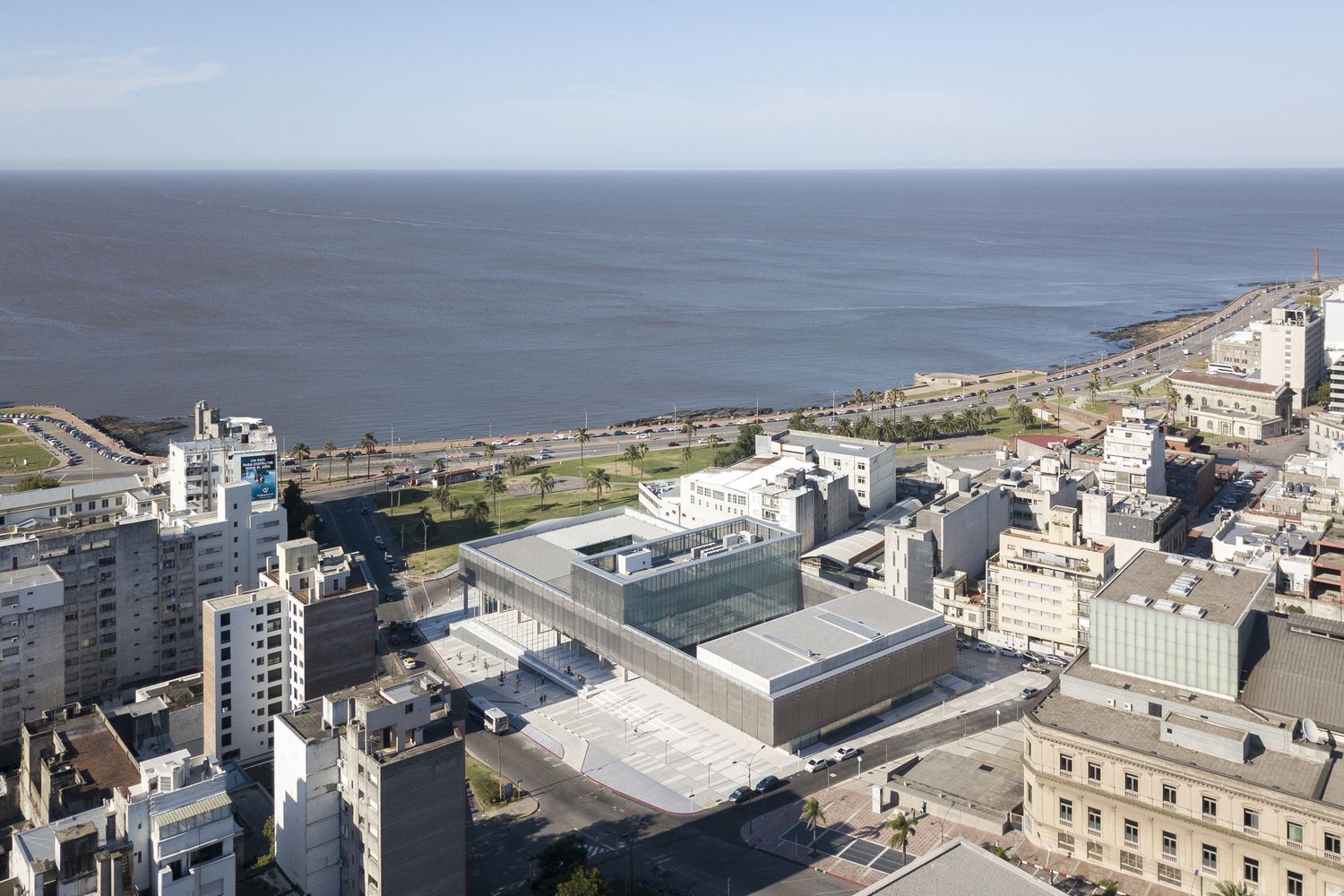 To extend the built footprint: The adopted strategy instead of concentrating the different architectural programs in one compact, dense building. Thus, a 96-meter building façade is achieved on Ciudadela Street.

Unify the previously separated architectural programs: Using a single architectural device, as a “veiled skin” that surrounds the built volumes, a unitary image is gained, while granting sun protection and a singular image. This idea is materialized with a stainless steel mesh that wraps the building, nuancing the relationship with its surroundings.

Continuous platform of public and semi-public spaces: At sidewalks and roads level a public platform  activities is set up containing the Cinema Complex, the Fun Fun Bar and CAF`s public activities, incorporating in its extension the “Teatro Solís” and the “Barrio de las Artes”.