Medellin is today one of the cities of the world that has undergone a more radical transformation thanks to the investment in public infrastructure and civic architecture, making a positive impact on the transformation of informal settlements, citizen coexistence and security. In 2013, the Urban Land Institute (ULI) defined Medellin as “the most innovative city in the world”, highlighting its modern mass public transport system, libraries, cultural centers and public spaces that have been the key to the development of the social urbanism. Furthermore, Medellin will house one of the centers for “the fourth industrial revolution” that, under the auspices of the World Economic Forum, will be created in 2019. The aim of this business and innovation center is promoting new digital technologies, leading Medellin to be a Smart City focused on the Internet of Things (IoT), Artificial Intelligence (AI) and Blockchain.

This is a city, that contrasts Republican Architecture, with buildings such as Carré and Vásquez; Modern Architecture such as the Municipal Palace of Medellín (now the Museum of Antioquia), and Contemporary Architecture, centered in public spaces such as the Orquideorama of the Botanical Garden of Plan B + JPRCR Architects, the Civic Center of the Plaza de la Libertad of OPUS + Toroposada Arquitectos, Moravia Cultural Center of Rogelio Salmona, San Fernando Plaza Complex and Golden Mile Business District.

As a sample of the urban development of the city we find: River Parks of Latitude, the educational and cultural district of the North Zone, the interventions in the Comuna Thirteen, the green lung of the Circunvalar Garden, the corridors of the Trolley and Cableway. With high-quality architectural contributions such as: the Explora Park by Alejandro Echeverry, the Library Parks of Giancarlo Mazzanti, Javier Vera, Ricardo La Rotta and Hiroshi Naito, Articulated Life Units (UVA), Museum of the Memory of Planta Baja, and the Museum of Modern Art of Medellin of CTRL G & 51-1.

Choose our offer of Architecture tours in Medellin oriented to design, urbanism, environment and mobility; perfect for professionals, experts, groups of students or architecture lovers interested in finding a city that has been reinvented and renovated to respond to science and entrepreneurship. Walk with our professional architect guides a city where urbanism and architecture have improved entire neighborhoods, and where the mass transport system has made possible the connectivity between them. 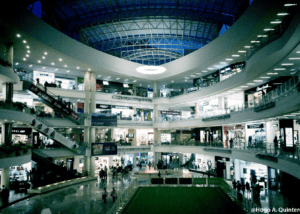 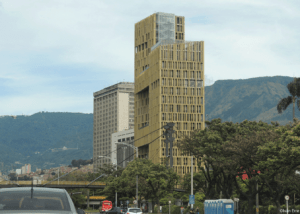 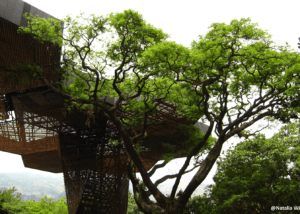 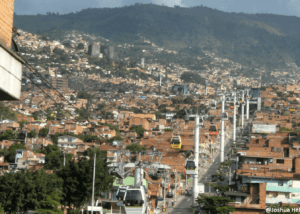 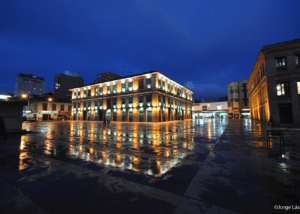 Last posts on our Medellín Blog

This hotel is built in one of the blocks of the orthogonal urban fabric of the traditional neighbourhood, El Poblado, in Medellín. The new construction completes the block and pierces it, creating a pedestrian crossing, an [...]

The intervention area of the project is located in the municipality of Rionegro, near the Cabeceras/San Nicolás highway. the lot has 76,017 m2 and presents very interesting natural characteristics that were fundamental when it came [...]

The concept of the project was based on the design of two bodies with independent volumetric characteristics in order to associate them with the specific themes of the architectural programme (classrooms and administrative areas). [...]

The French newspaper Le Monde, nominated the Parques del Río project within one of the categories of its Urban Innovation in Cities award. In total there are 23 initiatives competing for the award that [...]

After a series of failed attempts, the Monaco building in Medellín has been finally demolished last February. The Monaco building, which was converted into a municipal asset this year, was the residence of the late [...]

Our clients and collaborators in Medellín