With just a little over 200.000 habitants Almere is a city located in the province of Flevoland in the centre of the Netherlands. The second largest city in the area of Amsterdam represents a new planned city. It was built on land that was reclaimed from the sea in a feat of Dutch engineering. Now, quite a few years later the area has been developed into well-planned residential areas with parks, lakes, modern infrastructure and excellent transport connections.

The modern architecture of Almere begins in 1976 when the first houses are built for the workers who will reclaim the land from the old Zuiderzee or Southern Sea.  Today this sea is called the IJsselmeer.  Nowadays the construction continues and Almere has been transformed from a seabed into a city with lots of new projects and neighborhoods.

The center of Almere was designed by Rem Koolhaas and Office for Metropolitan Architecture.  Koolhaas saw the city center in two halves, the underworld for cars, and the upper world for people.  Almere is extremely friendly towards every type of transport.  From walking, to biking, to driving, to public transport, each form of transportation has its own lanes and networks of paths that protect it from other paths.  Since the law in Netherlands is extremely simple, pedestrian has right of way over bike, and bikes have right of way over cars, any crossings are always yielded to the slowest form of traffic. 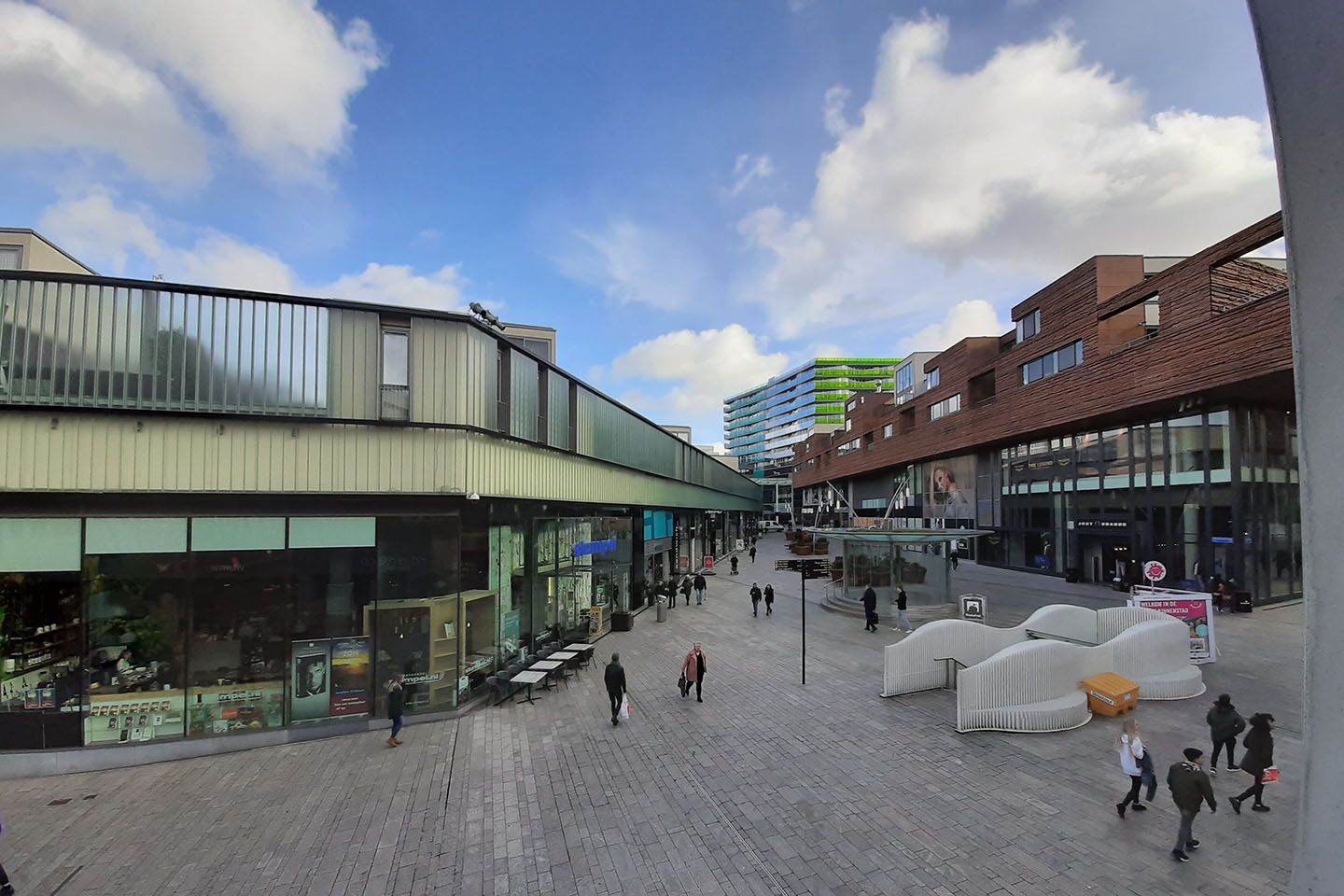