Brutalism, once a disparaging word, usually refers to modernist buildings of stark simplicity and raw edges, whose primary feature is unfinished concrete. The style was most commonly used in the design of government buildings and public housing.

Some people in Singapore see these buildings as important markers of national identity because they were designed by a generation of up-and-coming local architects just after the city-state gained independence in 1965, when growth was fuelled by large-scale urban renewal projects but others don’t recognize the heritage that represents for the country and want them to disappear.

In this architecture tour we’ll see some buildings that represent this movement in Singapore. We’ll start at TripleOne Somerset (1977, Group 2 Architects). The building was first known as Public Utilities Board Building (PUB Building) until 1995, and was later known as Singapore Power Building until 2008. It currently houses the corporate headquarters of Singapore Power. Then we’ll take MRT North South Line from Somerset to Raffle Place.

Arriving at Outram area where a lot of brutalist architecture is located we’ll see the State Courts of Singapore (1976, Kumpulan Akitek). In designing the building, much thought was put into the movement and circulation of the judicial officers, the court administrators, persons in custody and court users, with these groups having segregated routes in certain areas. The movement and circulation requirements became the foundation of the Building’s iconic design. Really close we find People’s Park Complex (1973, Design Partnership). Situated in the heart of Chinatown, the building holds a mixture of shops, offices and residential units.

With a short walk we’ll arrive at the site of the former CPF Building (1976), now demolished and reconverted to OUE Downtown (1972-1994, Architects Team 3). With a walk through Robinson Road we’ll reach Singapore Land Tower (1980, P & T Architects & Engineers Limited) a skyscraper located in the central business district of Singapore and OCBC Centre (1976, I.M.Pei), a 197.7 m, 52-storey skyscraper in Singapore serving as the current headquarters of OCBC Bank and it was the first major skyscraper on Singapore Island. Locals refer to the building as the “Calculator” because of its flat shape and windows that look like button pads.

Other tours in Singapore 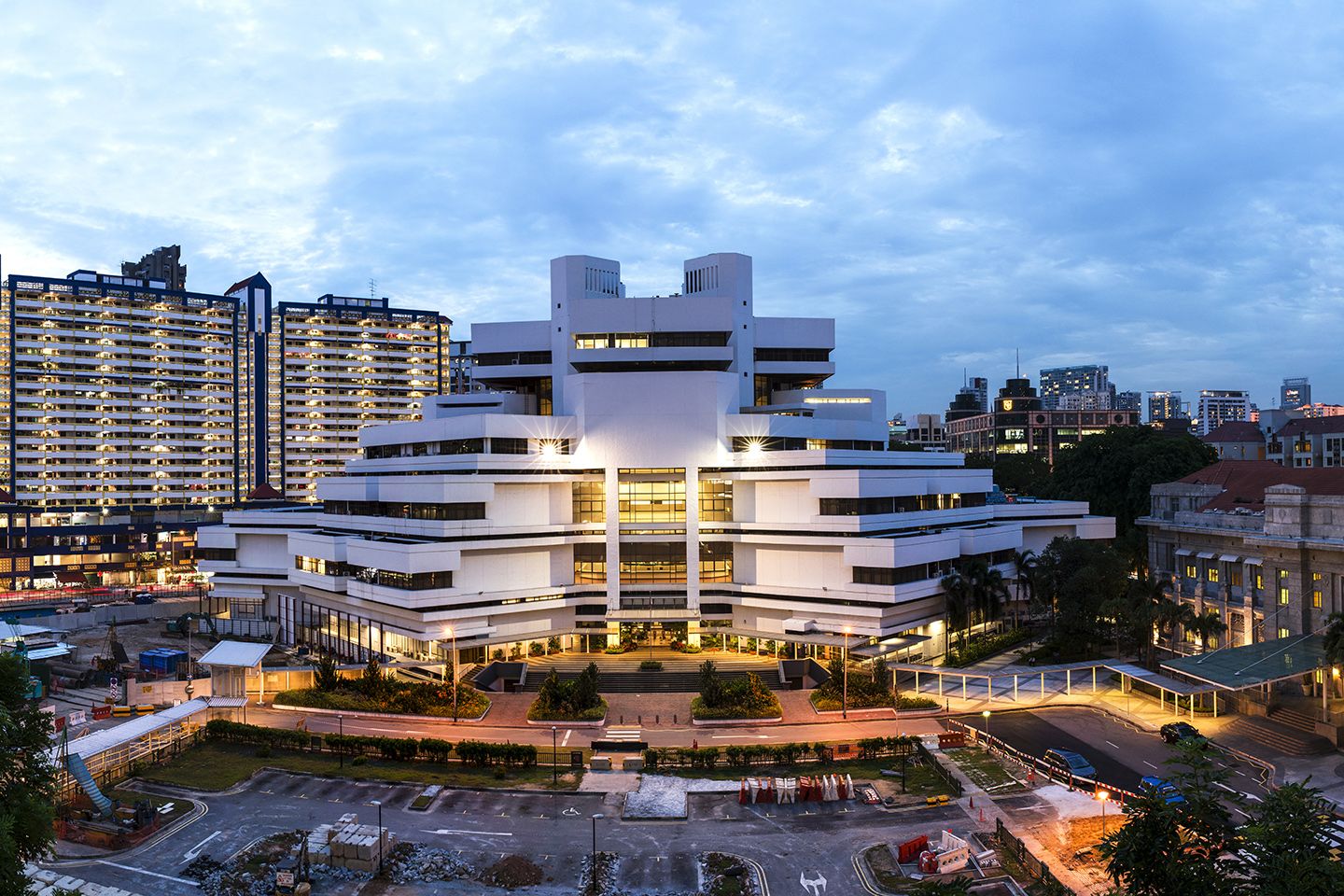