An « Urban Utopia » may result  from the three followings elements: A social and economique change, a strong response from a politician,  the concept of  a visionary architect.

The period between the two World Wars at Lyon was marked by strong industrial growth. The need for workers created much rural and foreign immigration to Lyon.   Very few decent sanitary housing was available. Temporary shelters appeared around the factories. The Mayor of Lyon, Jean-Victor Augagneur, passed several important commands to the architecte Tony Garnier : A large hospital « The Grange Blanche »,  a « Livestock and Meat City » of 250,000 m2, and an ambitious housing project  which would use the latest sanitary avancements : « The  Quarter of the United States » in thanks to their engagement in the First World War. We shall visit an apartment in its original state as well as the famous wall murals that illustrate the Utopic projects of Tony Garnier. We shall also visit the Tony Garnier Stadium and the Tony Garnier Livestock Hall, now a very popular concert hall.  Having won an arhitectural competition, your guide designed four office builidings  (16,000 m2) across the street of the Hall.

At Villeurbanne, next to Lyon, the Mayor, Lazare Goujon, fearing that the Lyon would annexe his working class suburb, «wanted to create a city center which would unify his population and create an urban identity. He wanted to create a French working class «Manhatten ».  He first held a competition for a « Popular National Theater » which was won by Maurice  Leroux, an architect from Paris passioned by art and by aviation who had worked for a disciple of Tony Garnier. The Mayor and Maurice Leroux created together the new city center inspired by the skyscrapers of Manhatten. The monumental City Hall which we shall visit was designed by Leroux’s assistant Robert Giroux because Leroux had already departed for the Middle East searching other challenges. 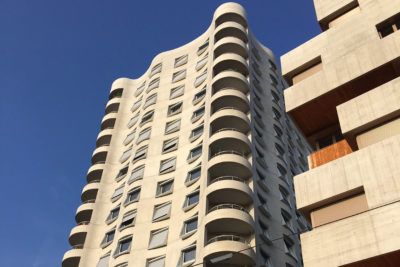 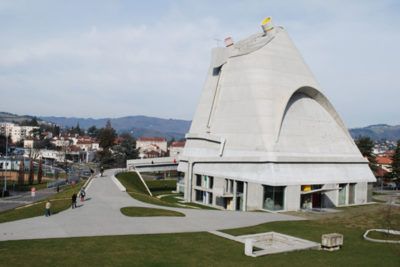 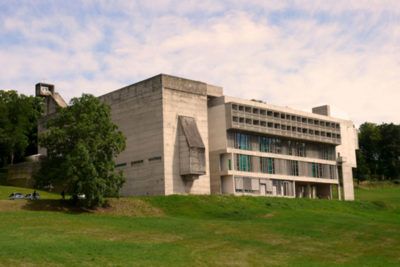 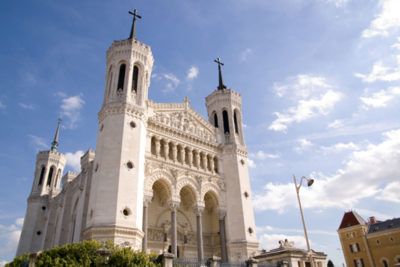