The City of Paris decided to create a Center of Emergency Accommodation for homeless in the Bois de Boulogne, next to the most expensive neighborhood of Paris. The project was very political and met a strong resistance by the wealthy inhabitants of the 16th Arrondissement of Paris who didn’t want at first to have any “poor or refugees” in their neighborhood. Every legal and illegal moves were made, including two fire during the construction. After being opened, the inhabitants finally changed their mind and were very happy to have those “nice new people” in their neighborhood, flooding them with gifts and clothes…

The center is temporary and will exist only for three years. It is located on a declassified road, to avoid the legal complication of being situated in such a sensitive zone.

The technical conception included the temporary status of the construction but the project was nevertheless designed as if it was permanent. This design of permanency was important as the architect wanted the building to be fully inserted in the city and the neighborhood, not showing its temporary status, as they didn’t want the inhabitants to feel different of the other citizens of the surroundings. 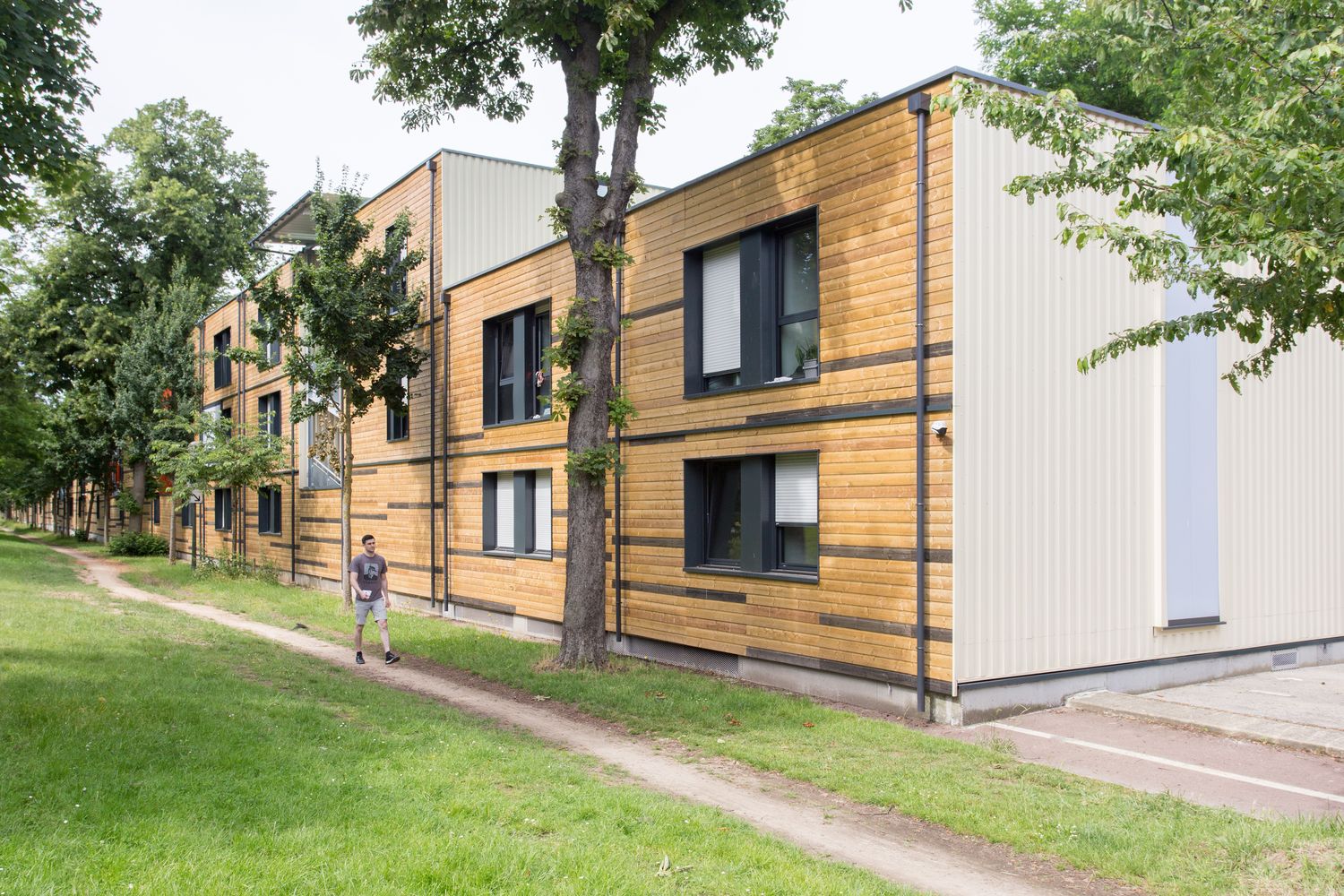 The building was prefabricated. 117 full wood modules with a high level of insulation were delivered on site to offer 200 accommodation organized in individual or familial rooms with common and shared rooms . The assembled modules form nine blocks that are separated by rifts that are either void or filled with stairs and walkways, creating openings toward the Bois de Boulogne.

The architect of AIR – Cyrille Hanappe & Olivier Leclercq have developed over the years a specialty on housing for excluded people (migrants, homeless, refugees, roma people). They insist on the importance of giving an image of sustainability to the building dedicated to people in need of stability and to give it the same level of attention that permanent housing. This goes in the treatment of the facade, made out of wood with a variation of colors in relation with the surrounding trees, on the creation of common rooms with natural lighting that were not in the original command of the client, on the generous size of the windows.

That house feeling is confirmed by one of the inhabitants, a mother that found shelter there with her child : “I never lived in an ecological house and I’m very happy of doing that here : I open my window, I can see the trees, I can hear the birds…”