Cheongdam-dong, which is part of the Gangnam urban district in Seoul, remained as a relatively inactive residential area, between Apgujung-dong (middle-high class development area) and Samsung-dong (well known as business town).

Located in the busy alley of Cheongdam-dong in Seoul, the building not only needs to respond with sensitivity to its surrounding environment but also establish itself as an unfamiliar landscape in order to envigorate the street itself. In addition, the building, as a neighbourhood living facility, has to cope with the potential changes to its internal programme, such as offices, retail shops, cafes, and as a residential quarter.

For that purpose, a reduction of the common area, including the elevator, the staircase, and a public bathroom has been proposed and the maximization of the rental area will enable to sufficient operation of all the building’s required functions.

It is neighbourhood living facilities that establishes a relationship between a street space and building block, in the urban residential area. 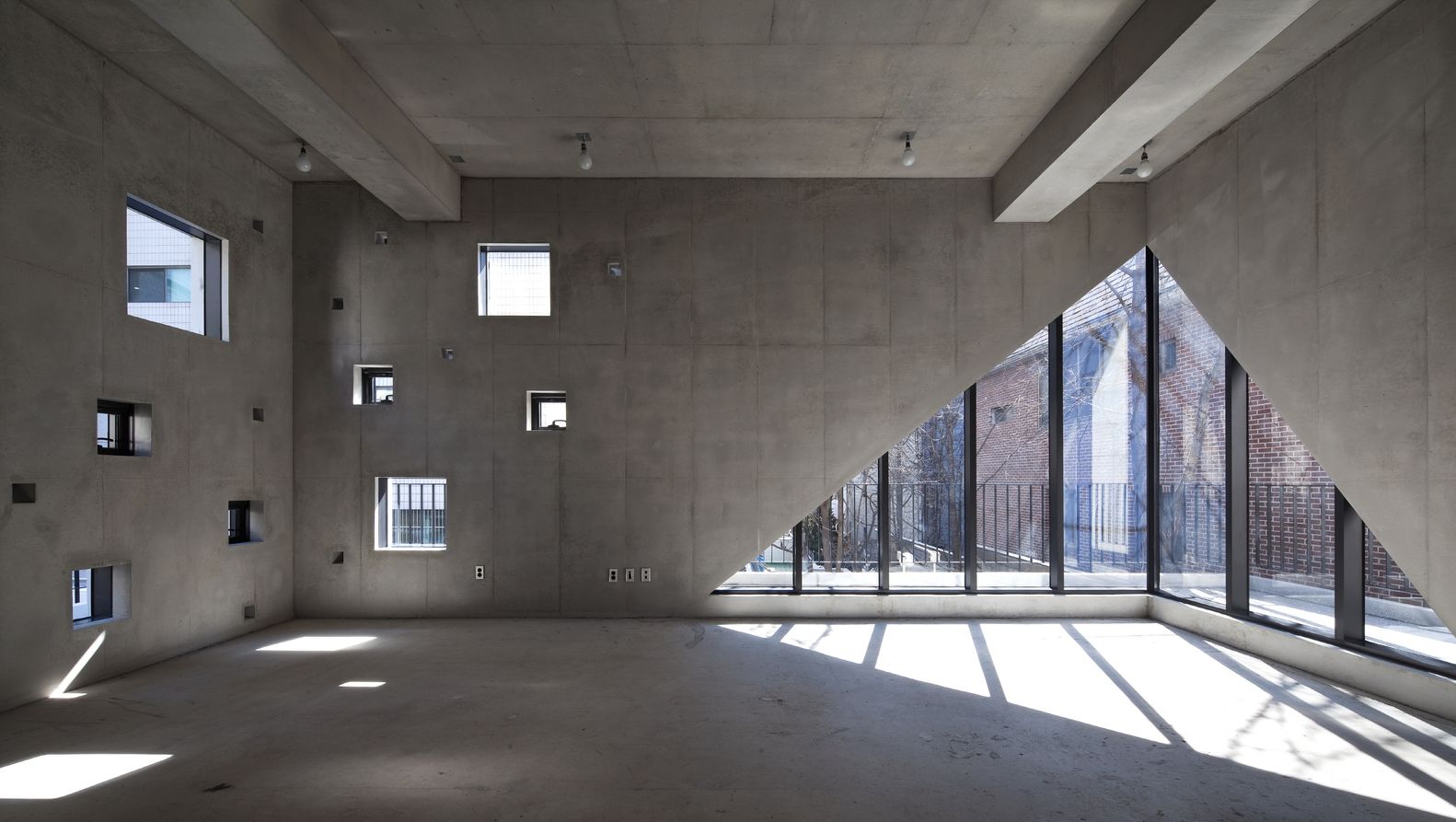 In other words, multi-dimensional accessibility through a continuity of street, and consideration for vertical spatial structure system(which is flexible for program change and has a smooth inner traffic line) is urgently necessary. By this way, small scale neighbourhood living facilities can avoid vertically disconnected spatial system, and provide a place of communication by surrounding fluid flow. This is beneficial in architectural aspect, as well as in economic aspect – the principal interest of the owner.

Considering streets and buildings in a city not as independent objects but in relation to regulate each other. The vertical reconfiguration of various programmes occupying the street was an attempt to create a three-dimensional street that would revitalize small-scale culture.

If the vertical extension of the street can create a mutual synergistic effect, it will provide the grounds for a chain reaction and a self-symbiosis of a programme with little difficulty. This project suggests a way to have your cake and eat it by transferring the view of existing neighbourhood living facilities which are built as a means for business and as a need for communicative methods between architecture and the city.

Images by Joonhwan Yoon for archdaily