NEW MEDIA CITY IN THE CENTRE OF ST. PETERSBURG

London and Moscow based AI Studio has revealed plans for a new Media City in central Saint Petersburg, Russia. The project will include office spaces for media and other creative industries, as well as the public realm, designed in collaboration with Hyland Edgar Driver. The concept aims to fuse contemporary materials and technology with the site’s history, and the design features a series of interconnected flying bridges for easy access and movement.

The 135,000 square metre mixed-use development will occupy a partly disused industrial site on Vasilievsky Island in the delta of the Neva River. The site is located in an area which includes buildings from the 19th century, examples of Soviet architecture, as well as some modern day developments. The project’s signature flying bridges are inspired by the concept of a molecule, with the cores linked with each other on different levels. The new buildings are seven stories high, which allows them to fit the area’s height limitations. 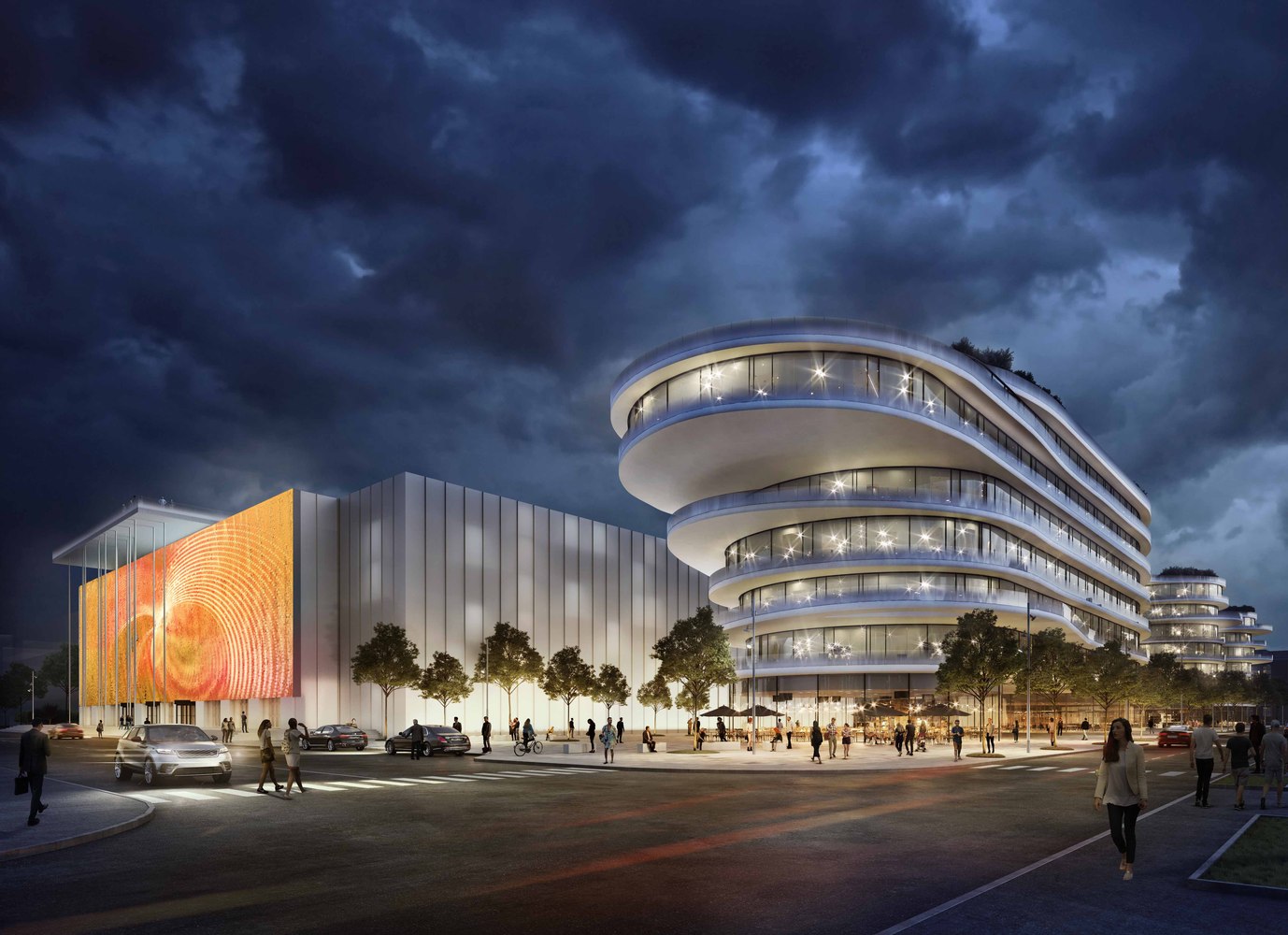 The facade of the existing building on site will be covered with a kinetic media wall. As the team states, this wall consists of 10×10 cm lightweight metal plates, motion activated by the wind. They are integrated with an LED screen to create visual effects. Public spaces are covered by a light glazed roof to give protection from rain and snow, while some parts of the roof are landscaped creating an elevated natural retreat. The roof visually connects all five buildings and plays a key role in the composition as a whole, extending the usable public space. There is a helicopter pad on the roof, while an observation deck on top of one of the buildings allows for views of the Peter and Paul Fortress, an 18th century landmark.

Reflecting on the proposal, Anton Khmelnitskiy, founder of AI said: “This is a rather unusual proposal for Saint Petersburg. While respecting the height limitations and density of the city centre, we designed a contemporary mixed-use development with a principal focus on the public realm. We think the first ever kinetic media facade we propose reflects the concept of a Media City and will become a focal point of the development.” 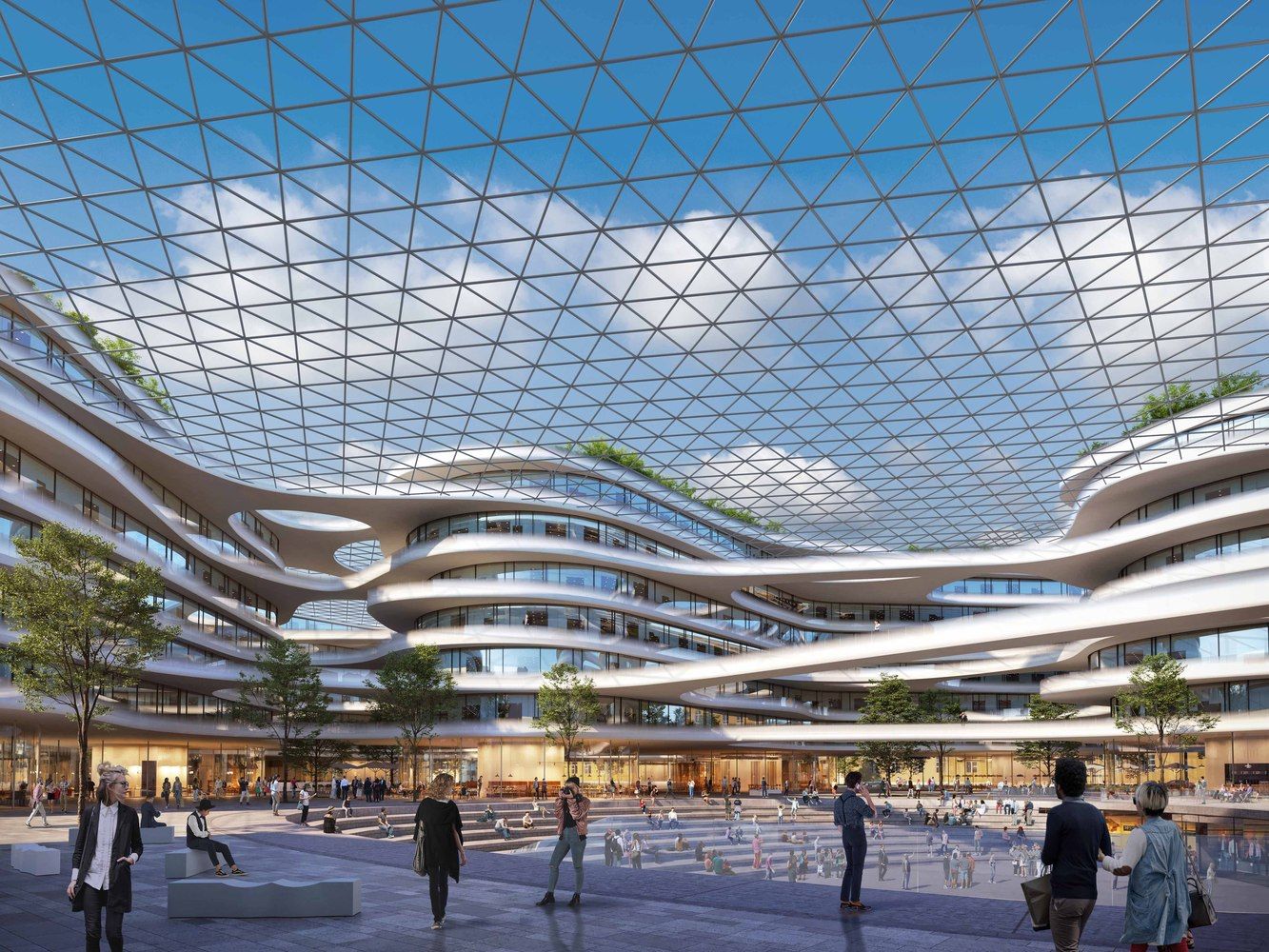 With an estimated budget of €250 million, the project will include 73,400sq meters of dedicated office space and 21,000sq meters of public space. The project will feature restaurants, cafes, independent shops, galleries and a co-working area. A covered outdoor amphitheater in the center of the site will accommodate a variety of free events, including screenings of major sporting events, films, music and theater. A multipurpose performance hall is designed using the existing roof to create tiered seating. The proposal includes plans for a broad boulevard, which will be shared by pedestrians and vehicles, as well as plans for 625 parking spaces.