Studio Gang is celebrating a significant milestone with the topping out of their twisting high-rise MIRA tower in San Francisco. Construction of the 400-foot-tall tower began in mid-2017, with steady progression leading to projected occupancy in late 2019. The scheme’s design is centered on the evolution of the bay window element, a feature common to San Francisco’s early houses. The bay window is reimagined in a high-rise context, twisting across the full height of the tower to offer views across the city. 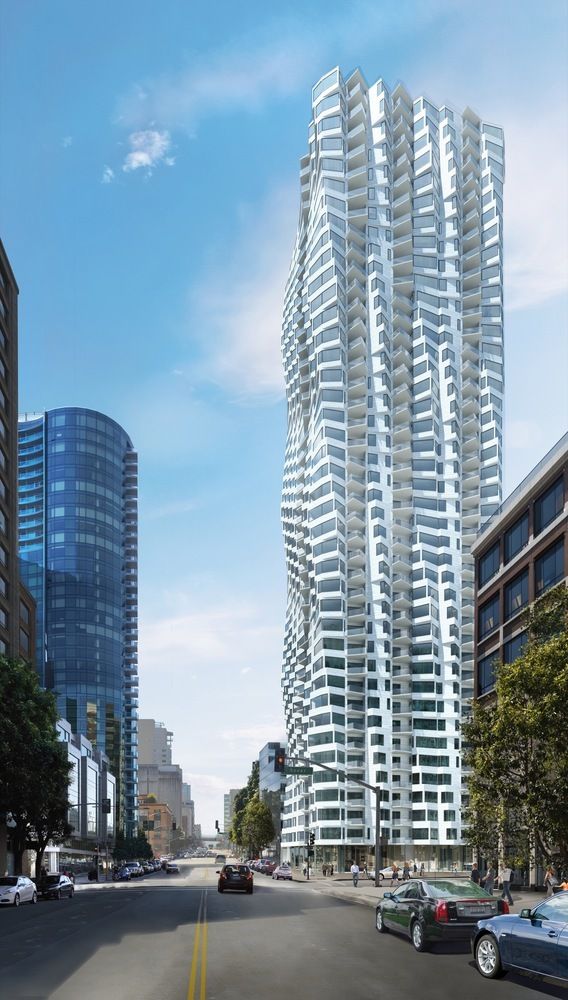 The dynamic twisting form of the MIRA tower is created thanks to a sophisticated curtain wall facade system, which allows the bays to be attached to a repeatable structural slab from inside the building, hence reducing energy consumption and neighborhood disruption during construction. Although the façade is 55% opaque, the bay-inspired design means every unit has an outlook of almost 180 degrees. 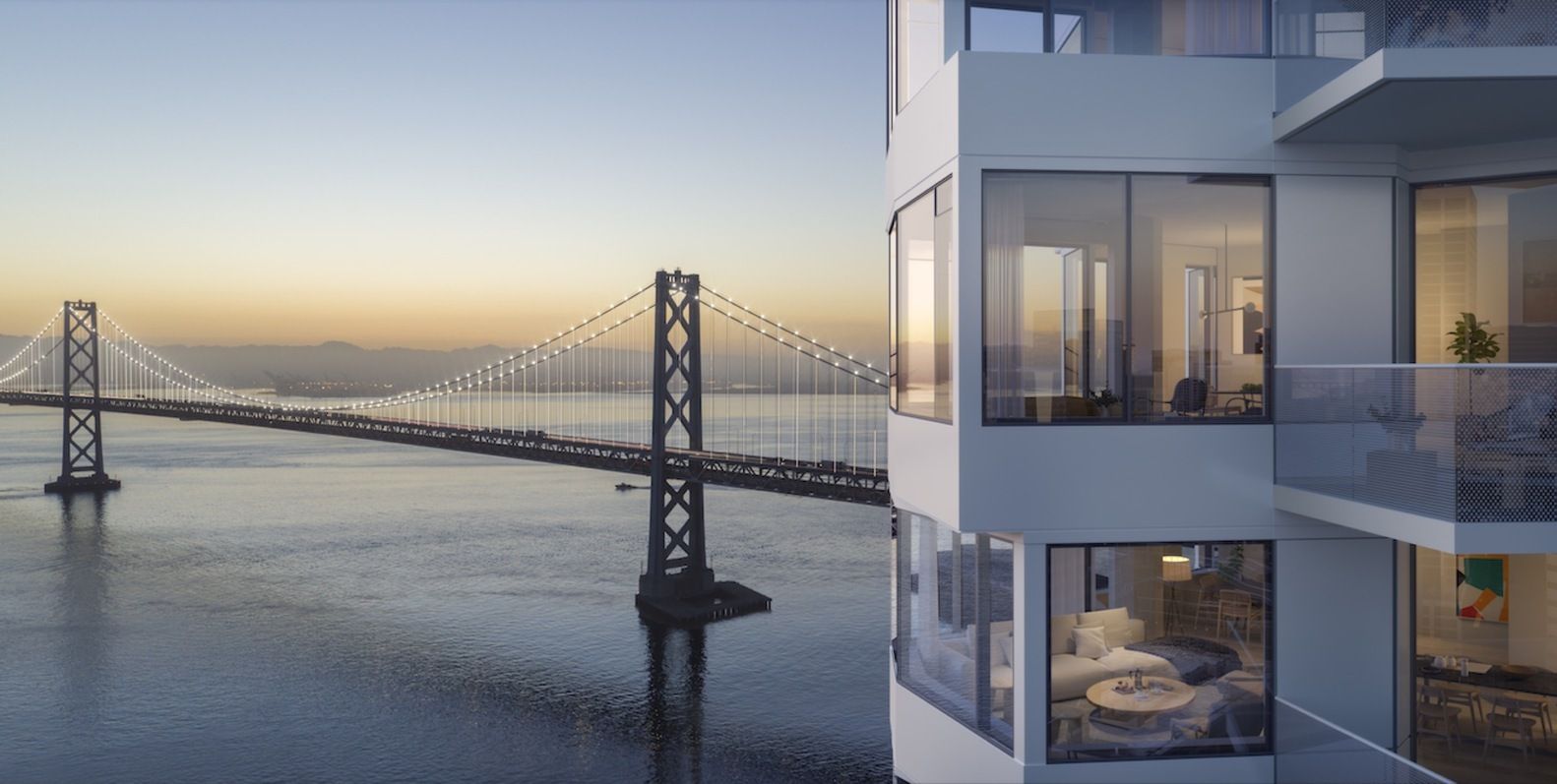 Environmental performance has been central to the design, with integrated features such as a state-of-the-art greywater harvesting system, green roofs, and high-efficiency fixtures. Combined with the high-performance façade and VRF cooling system, the scheme is targeting a LEED Gold certification.

Although primarily designed to address the need for dense housing in San Francisco, the scheme also meets the ground at a ”pleasant human scale” with retail space and pedestrian amenities fronting Folsom and Main Streets.