The competition place is located in Vittorio Veneto street in Maranello (Modena), inside a well- established residential fabric. The building borders with a residential court on the north, with a public green area on the west, with a residential building on the south built in adherence and with other residential buildings on the East and partially in adherence. The project we propose presents a surface equal to 1175 mq. It is the existing building renovation trough the existing north perimeter walls maintenance, east and south confining with some residential offices, the demolition of the central part of the prefabricated and the construction of a library as a volume contained within the old building’s height limits and devoloped partly outside the earth and partly under the earth. The access to the new library is situated on the west side. 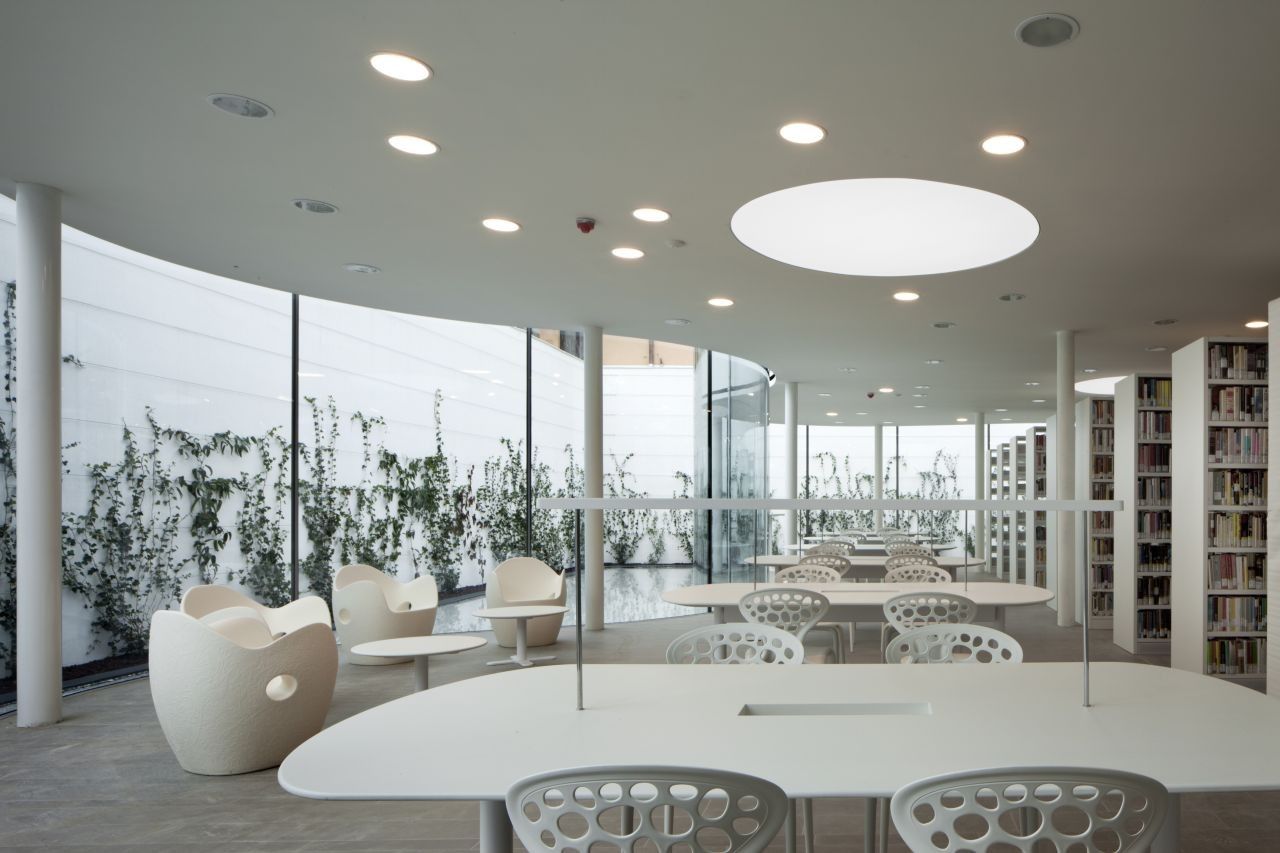 The project has developed starting from the definition of three main spaces, corresponding to a consulting area, a great reading room and to the multipurpose rooms, these last rooms usable independently. Inside these three main spaces the consulting and library patrimony storage areas, the newspaper library, the sound archives and video library, the game room, the multi – functions room, the study hall, the historical local archive, the exposition and temporary exhibitions room are foreseen. Some service spaces have been foreseen inside these rooms which foresee some stations for catalogues consultation and for internet access, users’ loan desk, administrative offices for library’s staff and the library warehouse. A division of reading spaces has been foreseen according to possible users’category and a particular attention has been paid to 0 – 6 aged children’s spaces, for those children between 6 and 10 years and for those between 11 and 14. High school and university students instead have consulting and study areas which don’t interfere with the others. The building is composed by three main volumes conceived to satisfy the functions contained in them in the best way. 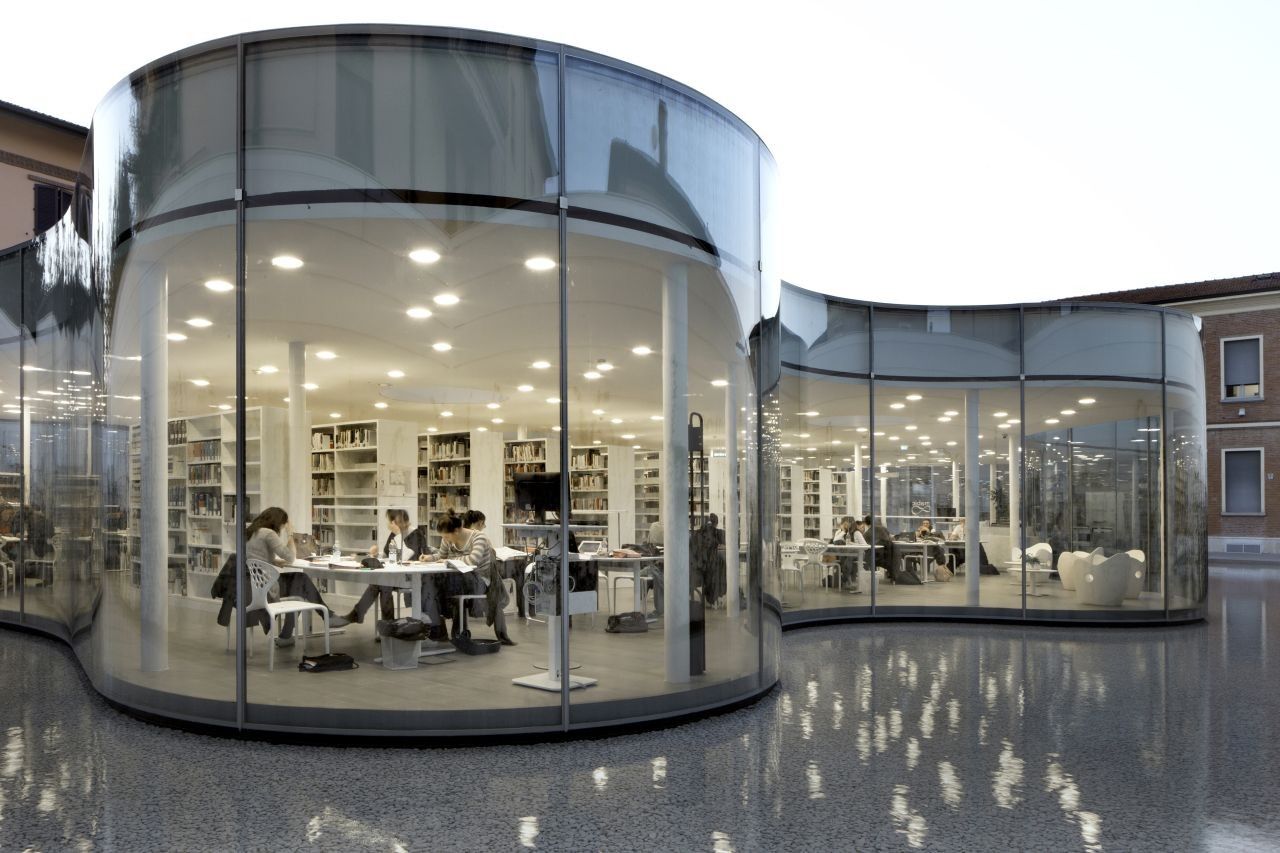 A transparent volume which hosts the coffee house is located at the ground floor, with a service space and a wide counter, expositive spaces for the association “Maranello myth’s land and all the library consultancy and reading areas. The volume mirrors on the water surface which surrounds it and water reverberates the deep green colour which enriches the boundary walls preserved by the project. A platform roof juts towards public spaces and acknowledges architecture from the street ; inside the absolute white of the resin floor and of furniture shines with external green reflected through the continuing glass wall, which runs along the curvilinear shape.

The light which pervades the library open space performs in a reflection game which bounces from the furnitures’ white elements, the floor’s elements and the structures’ elements, to water and to the continuing transparent glasses. A single opaque volume is positioned on the south side, also pure white coloured, to contain service spaces, the stairs going down to the basements and to the game room, provided with a window to allow natural light. The basement floor consists of a parallelepiped accessible by a stair and an elevator for invalids, with a function of goods lift for books. We immediately find in a free space constituted by multifunction room and by the expositive space, which can be set up at one’s pleasure. In this underground area also storage spaces for library patrimony find a collocation, as well as the historical local archive which has little apposite consultative areas.