LANDSCAPE FOR PLAY IN MATADERO MADRID

Aberrant Architecture proposes the creation of an installation devoted to free play in Intermediæ. Inspired by the architectural language of the great Dutch playground designer Aldo van Eyck (1918-99), Landscape for Play is a leisure-based proposal that shifts the shapes of the surrounding city to an interior space.

To the question of how we can transform the urban space through play, Aberrant Architecture replies with structures, shapes and colours that invite children of all ages to use this new place in an imaginative way. The resulting interior landscape is composed of follies, crevices and different elevations which, although they make up a fantastic territory that can be used by the communities that come to Intermediæ each day, don’t impose rigid restrictions in terms of how people must behave. This flexibility also means that the playground can be used as a setting for a range of activities during the months when it will be open. 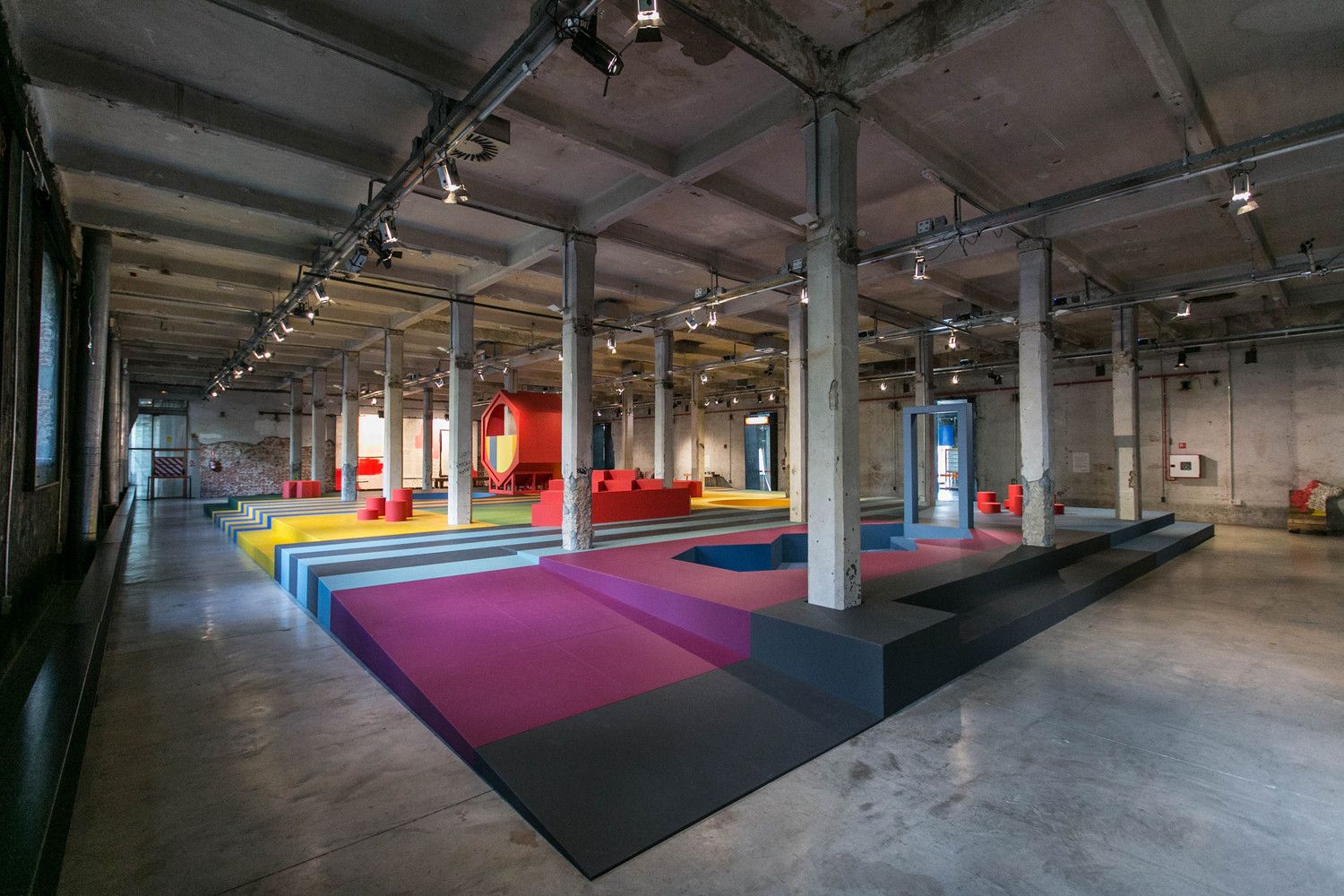 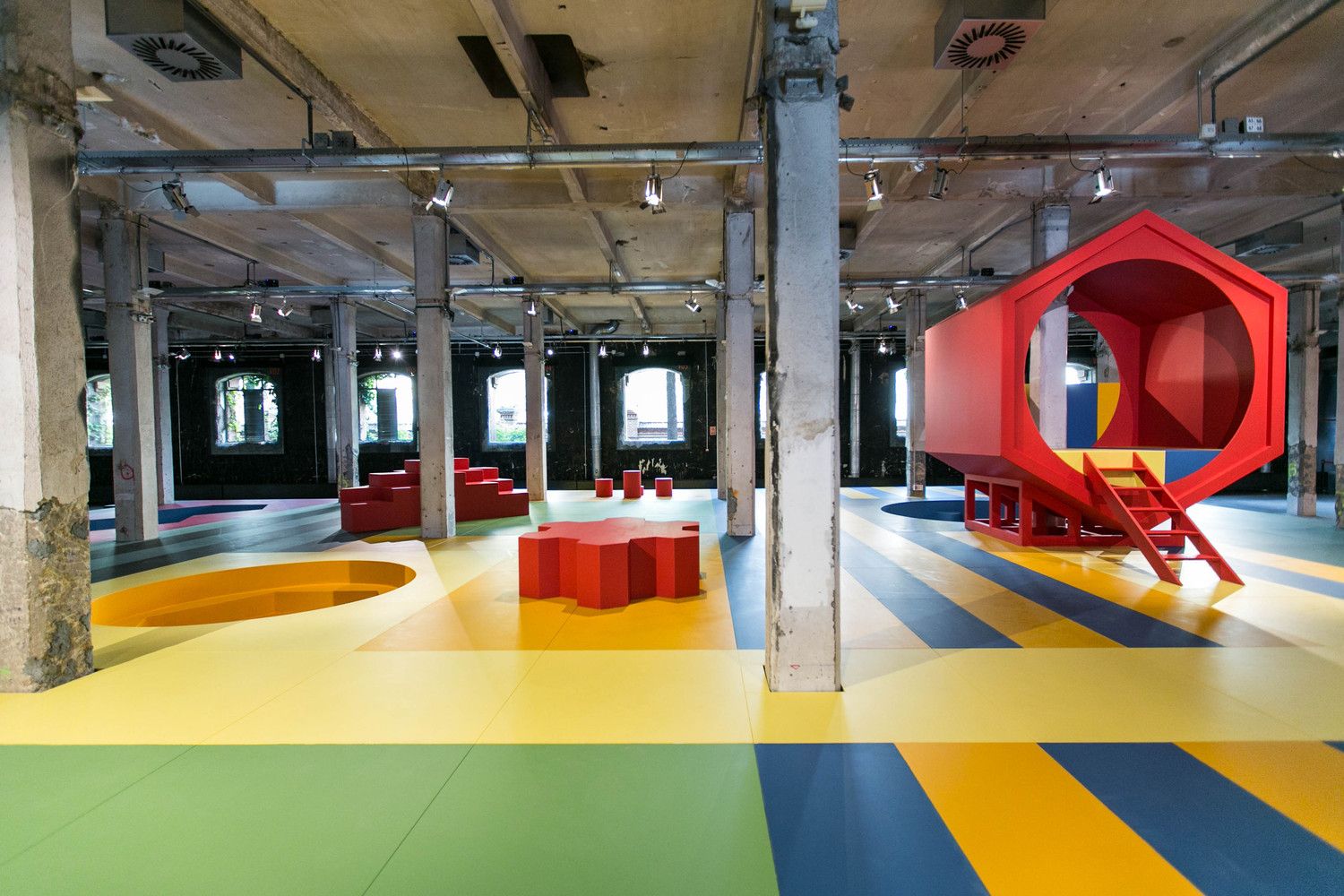 Aberrant Architecture
Founded by David Chambers and Kevin Haley, has extensive experience in the design and creation of spaces for children. Projects of particular note include partnerships with the Victoria & Albert Museum, interventions in the public space (including a mobile playground), the exhibition design for Despite Efficiency: Labour, created in collaboration with students from the University for the Creative Arts in Canterbury, and The Social Playground, an installation created for the Foundation for Art and Creative Technology (FACT) in Liverpool.

Modelos para una ciudad en la que caben lxs niñxs
Is a programme of artistic interventions that explores the places given over to children in a public space and, in particular, in cultural institutions. The aim is to add to the experience acquired by Intermediæ in previous projects, such as La Madroñera and the range of neighbourhood initiatives included in Los Madriles Childhood Edition, by continuing to research the way that art influences and proposes models of inclusion and cohabitation within the city. To respond to these concerns, various artists have been invited to reflect on the concept of the playground and its possible derivations. Their proposals –some of them constructional, others intangible– take as their starting point the playground as a setting that encourages unexpected appropriations and uses. In this way, we are keen to generate other poetics and behaviours while at the same time contributing to the creation of sensitive and complex environments in which we can forge relationships with each other. These explorations take place mainly in La Nave at Intermediæ, but they will also extend to other venues inside and outside the Matadero complex.