The construction of the 53 West 53rd Street (53W53) skyscraper finished its heavy work in the center of Manhattan, in New York. With 73 floors, the building has 145 apartments and a duplex of 70 million dollars at its top, where the milestone was celebrated with the presence of Nouvel itself, according to New York YIMBY.
At 320 meters high, the building becomes the sixth tallest skyscraper in New York, tying with the Chrysler Building and the New York Times Building. 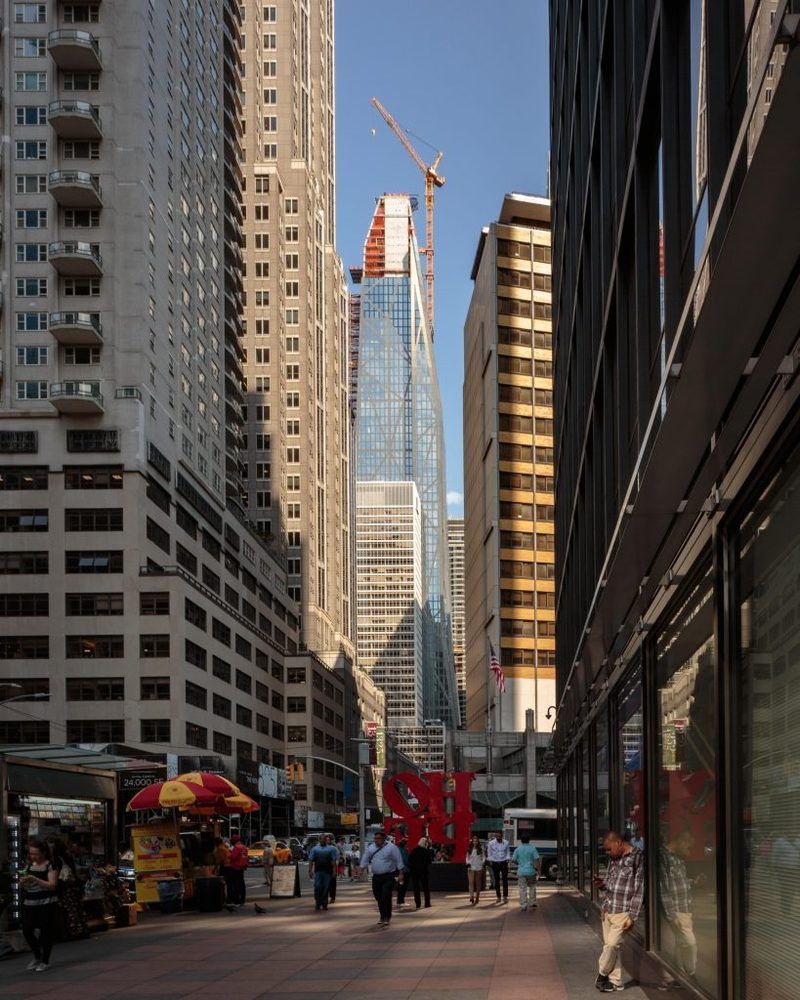 Formerly known as Tower Verre, the project is also known as the MoMA Expansion Tower, as it will have an exhibition space of 4,645 square meters (50,000 square feet) given to the cultural institution as part of the program. Funded with a fund of 450 million dollars, the space will open its doors in 2019, while residents of 53W53 will have free access to the MoMA and the possibility of organizing private events in the Sculpture Garden of the famous museum.
Upon its inauguration, 53W53 residents will have access to a library, private theater, lounge, pool and wine cellar, as well as cleaning service, pet walk and pantries.