Sheppard Robson has completed a timber-framed pavilion and public space in the successful Spinningfields development in Manchester. The 1,300m² space extends over four floors including a roof terrace and two cantilevers at either side. Located in Hardman Square, The Pavilion provides a permanent venue for the recently opened, high-end food and drink offering, The Ivy; whilst the public realm proposal, influenced by a local historic narrative, creates a complementary garden space, The Field.

Spinningfields developer Allied London, commissioned Sheppard Robson to develop a permanent building to redefine Hardman Square. The large-lawn, big-screen events and transient pop-up bars of the past decade are to give way to a more established and refined evolution of this city space. 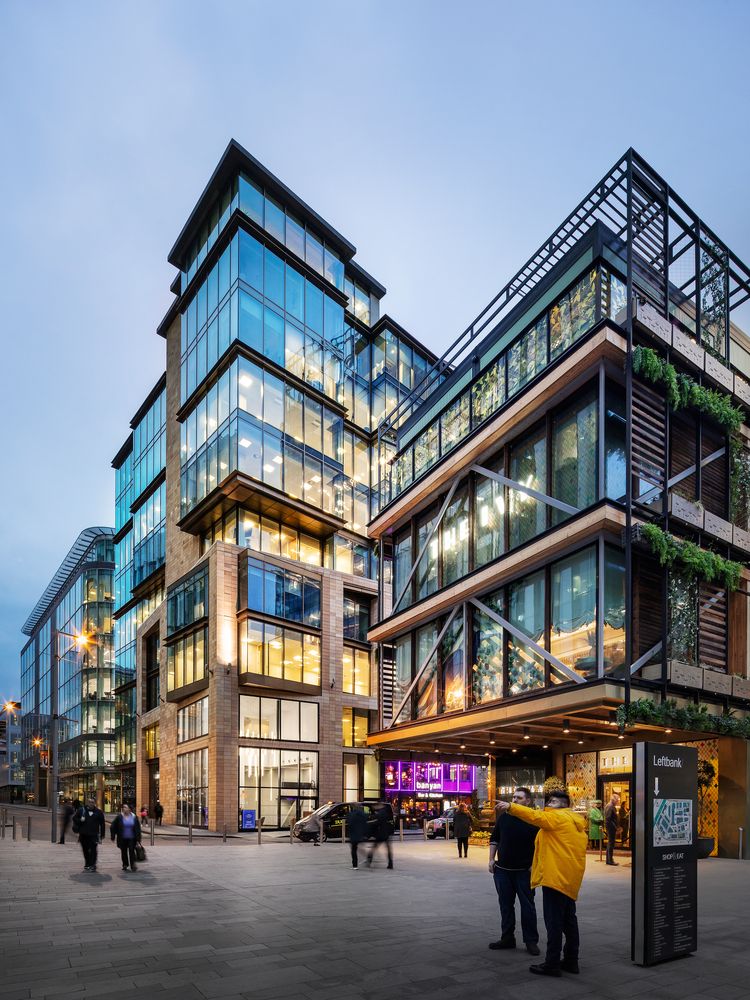 The landscape and its relationship to the building were the key driver in the concept; a cohesive idea tying public realm and built-form together evolved. The strongly gridded form of its expressed frame firmly anchors the new building in its context of commercial offices, whilst the timber structure provides relief from its steel and aluminium neighbours.  In further contrast, the free form landscaping softens and disorders the building through entwined planting schemes.

In a nod to an earlier Sheppard Robson building for the same developer, No1 The Avenue, cantilevered ends of the building opens up the ground plain, supported by large diagonal braced members. The truss framework here though is a deliberate and honest expression of its function, whilst also providing a disorder to the orthogonal form; a move that continues with the overlying veil of planting framework. Planters on each floor ledge, patterned with motifs repeated in the landscaping features, enable a fragmented wall of planting to continue up to an enclosed roof terrace crowned with an over-sailing array of trellises, trees and canopies.