From the commissioning of a project consisting of a group of houses on land where an orchid nursery worked, a survey of the existing constructions was carried out in order to evaluate the status and capacity of adaptation of the buildings to the program of established needs.

Although the building lacked a heritage value and its state of conservation was very precarious, there was a clear purpose of adaptation and value in order to reference the project with its historical connotation: “Greenhouse”.

The existing building was an old two-story greenhouse. On the ground floor, the pumping system, the boiler, and tool sheds were housed. On the upper floor, there was a greenhouse where the seedlings of the orchids were produced and then transplanted to the nurseries. A system of raised ditches received the rainwater from the roofs of the cultivation nurseries to lead it to buried reservoirs for the irrigation of the orchids.

The re-functionalization of the building had to contemplate a multipurpose space to initially house the commercial office of the development, and then, with the consolidated project, mutate into a common Co-working space.

The preliminary intervention was to strip the building of all the precarious constructions, leaving a bare structure made of concrete, brick and steel windows. The roof of the upper floor was dismantled and the supporting plinth was consolidated with reinforcements in the support lines. A structure made of steel beams and tubes was built, forming an autonomous structural grid that delineated the new space on the upper floor. 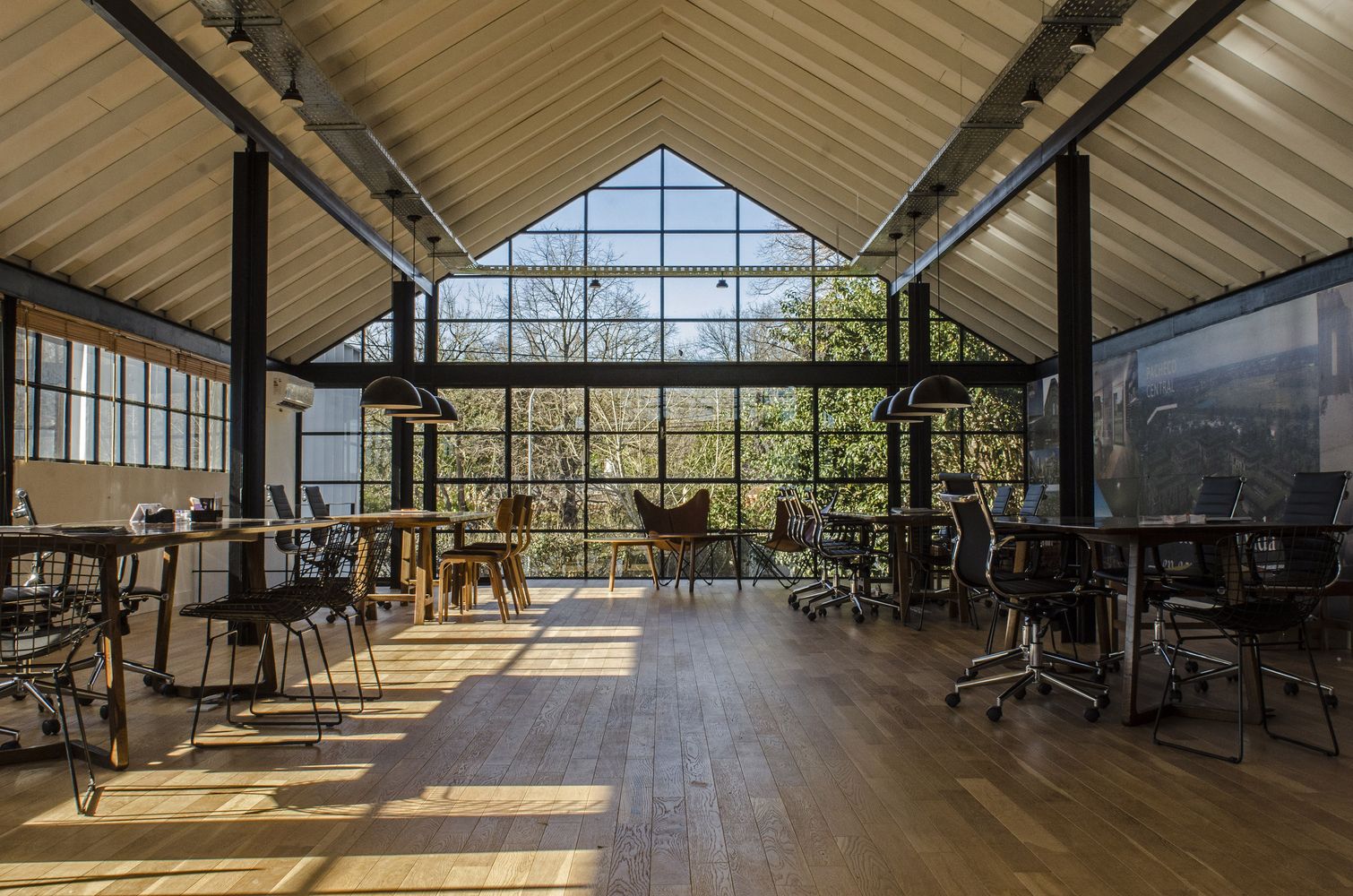 Both ends of the gabled volume were solved with integrated glass windows, highlighting the access and generating light and transparency throughout the building.

On the north façade, the existing windows were unified to generate a linear span that frames the exterior views.

The ground floor was conditioned to solve different spaces of Co-work and multimedia room with a small bathroom and office.

The new structure of the upper floor was integrated into the basement of the old barn through an integral lining made with pressed cement slats (siding) placed vertically and that surround the walls and ceiling giving unity to the building. These slats are separated from each other, functioning as a ventilated façade, allowing the water in the roof area to pass through to a low roof with thermal insulation, a waterproof membrane, and hidden gutters. 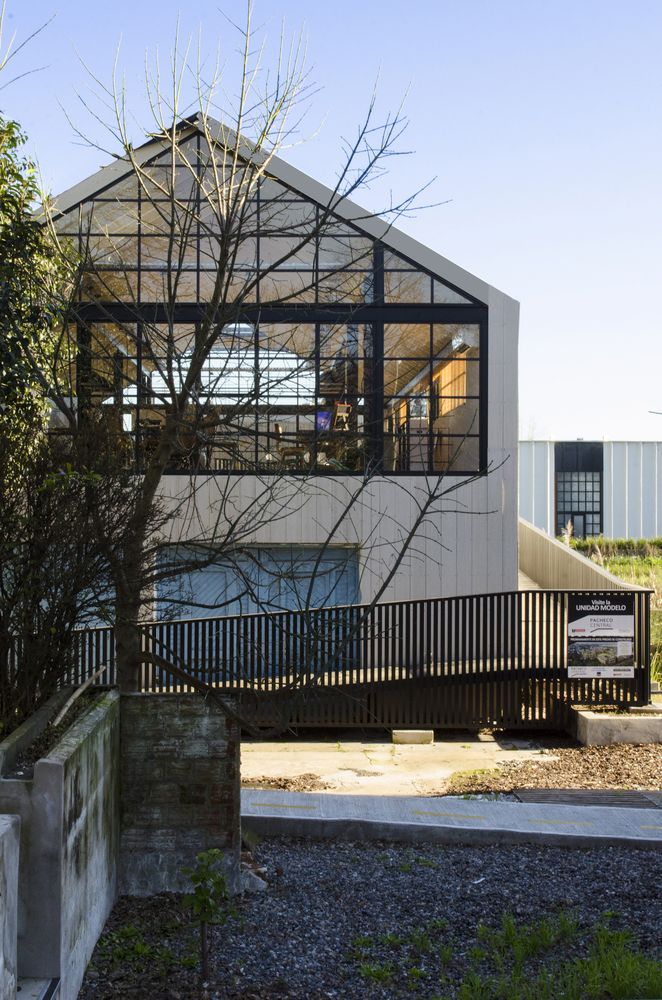 An external ramp embraces the building giving panoramic views of the surroundings and resolving the external link of both floors and accessibility to disabled people. The ramp is contained by a grid of vertical tubes that virtually form a new volume that grows upward. This grid of tubes painted in black reinforces the contrast with the main volume and acts as railing rail and as solar control of the multimedia offices on the ground floor.

The stainless steel chimney of an old boiler was restored and stands as a sentinel referencing the building to its old use as a “Greenhouse”.