Family Box functions both as an indoor playground and a kindergarten for children up to twelve years old, while accomodating their parents’ needs. It hosts different kinds of activities – from swimming, playing games to various classes ranging from music, dancing, crafting to cooking. Furthermore, it has a big play area, a reading area and a generous café area. Located at the outer corner of a park it is placed in a natural environment, which enhances the visibility of the building. 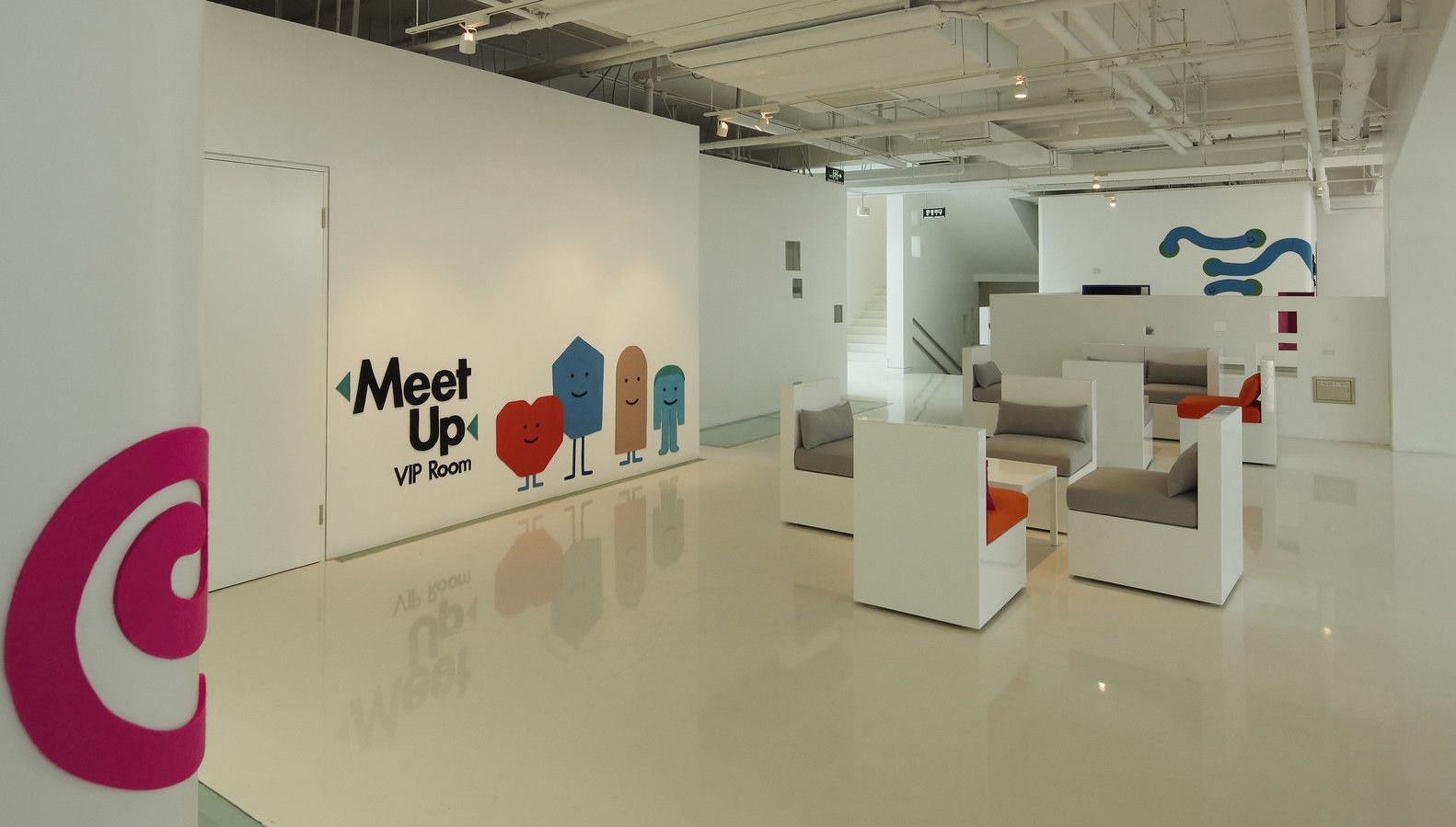 The different size and height between adult and child and their different angle of view was the starting point for considering Family Box should be made by two types of spaces: a kids-scale space and an adult-scale space. How to find an inspiring balance between them? How to combine the different needs?

Despite the complex program another challenging part of this project was to deal with an existing structural system, column grid and also the building footprint – due to a different original function of the building and the involvement of another design institute in an earlier project stage. The rigid concrete structure of the building did not seem the most suitable for the design purpose, that was counterbalanced in different ways. Since the two upper floors where not yet constructed, floor plates were shifted up and down and cut outs in the floor allowed views between the two floors. 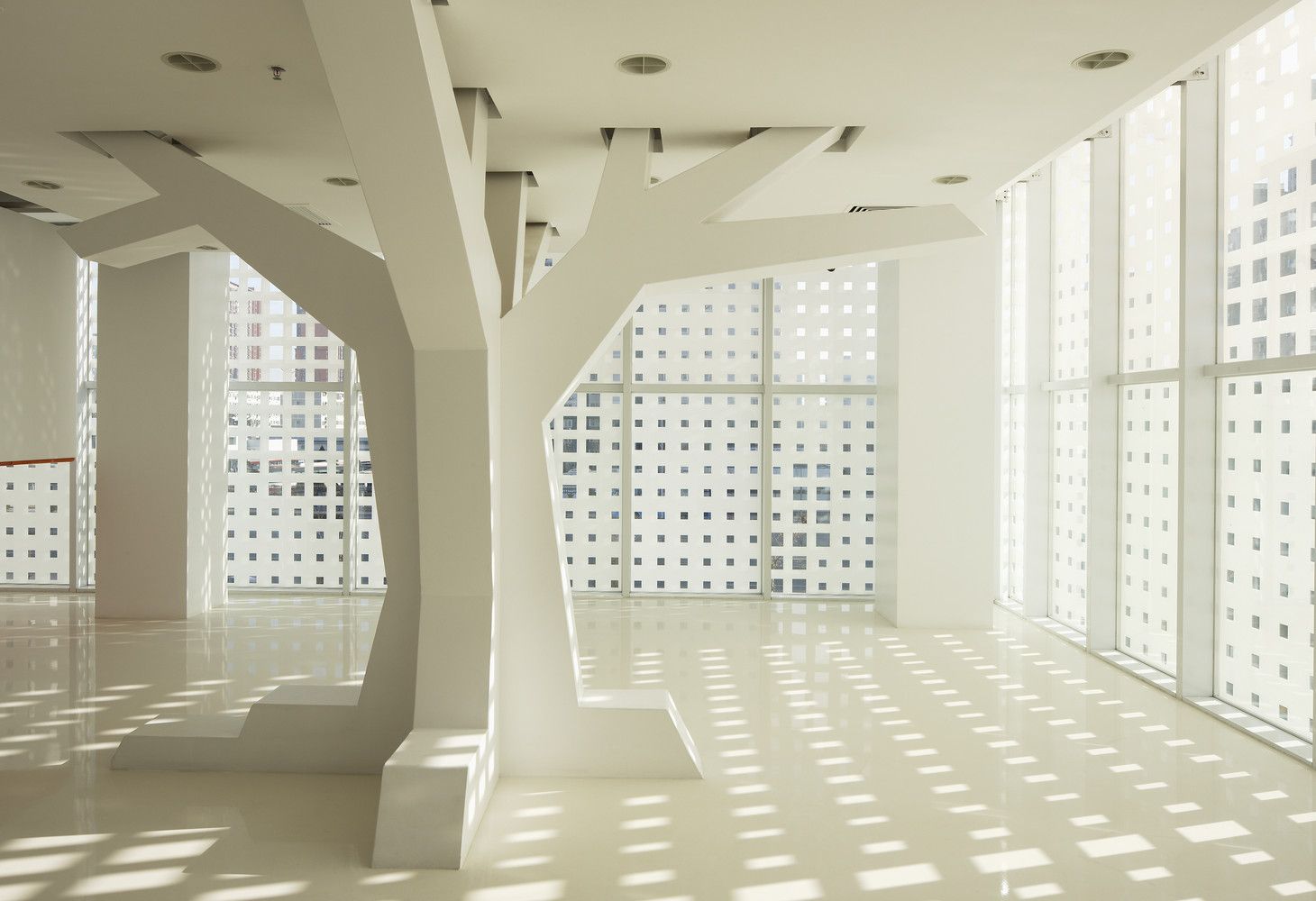 The use of independent rooms in the shape of free-standing boxes allows the activities to run parallel and it offers the most suitable environment for each. The rooms have their own program or theme, they all differ from the outside space in terms of color and furniture. They have their own story and inside life and allow the children to concentrate on the program offered. At the same time, small square window openings allows maintaining contact with the outside, and parents can have a peep inside to see what is going on.

The box locations are meant to break the rigid layout of the concrete columns, which is also camouflaged with a series of arches that give a different rhythm to the environment.  Visually, the common areas are treated with low contrast finishes in order to enhance and balance the space and equipments for the children. 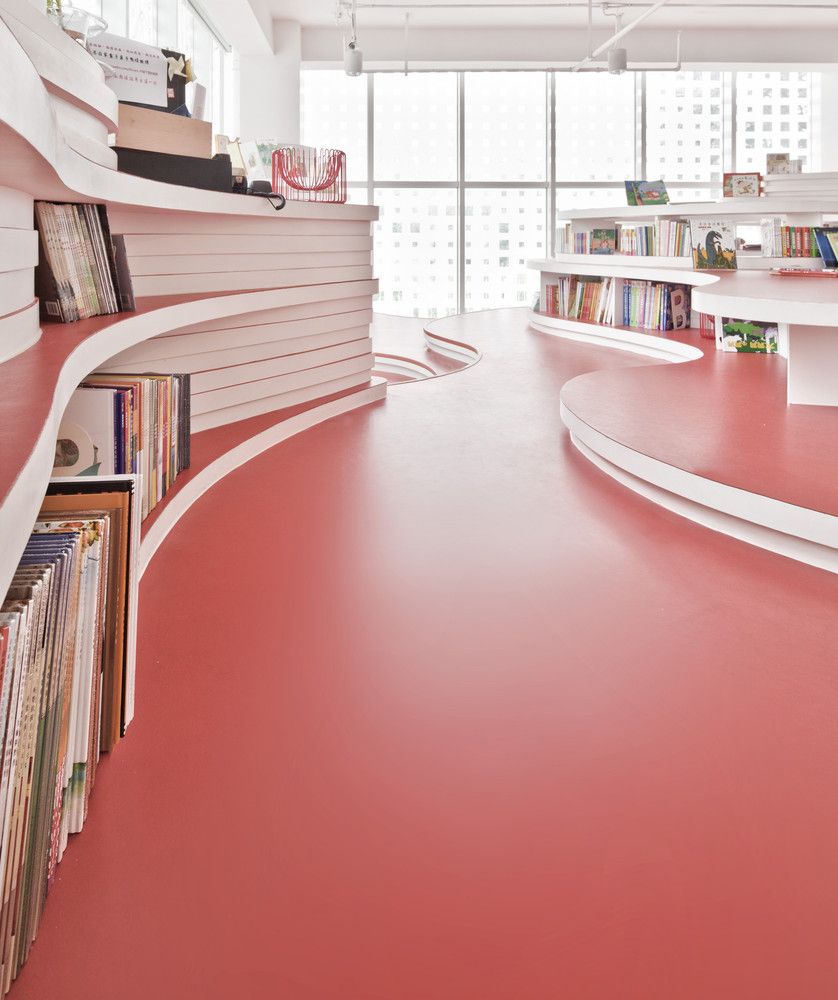 The glass façade is wrapping all of the functions like a skin, following the given building perimeter. It has a printed pattern, which was developed out of simple single-line drawings made by children. They were modified into a pattern consisting of two different sized squares, the graphic motif is reversed: the background is white-translucent and the drawing is transparent. From far away the objects on the facade are recognizable, they indicate a building function related to children, fun and recreation.