The project was designed in a way that the private collection of vintage cars are kept in a cloistered environment, with no natural ventilation so that the cars are preserved. The designated location is a 20K m2 area in the natural beauty of Indaiatuba city, in Sao Paulo countryside.

The project was bounded by the metallic structure, crossing the 20 meters central opening, without any central columns, which resulted in the distinct “w” shaped beams. 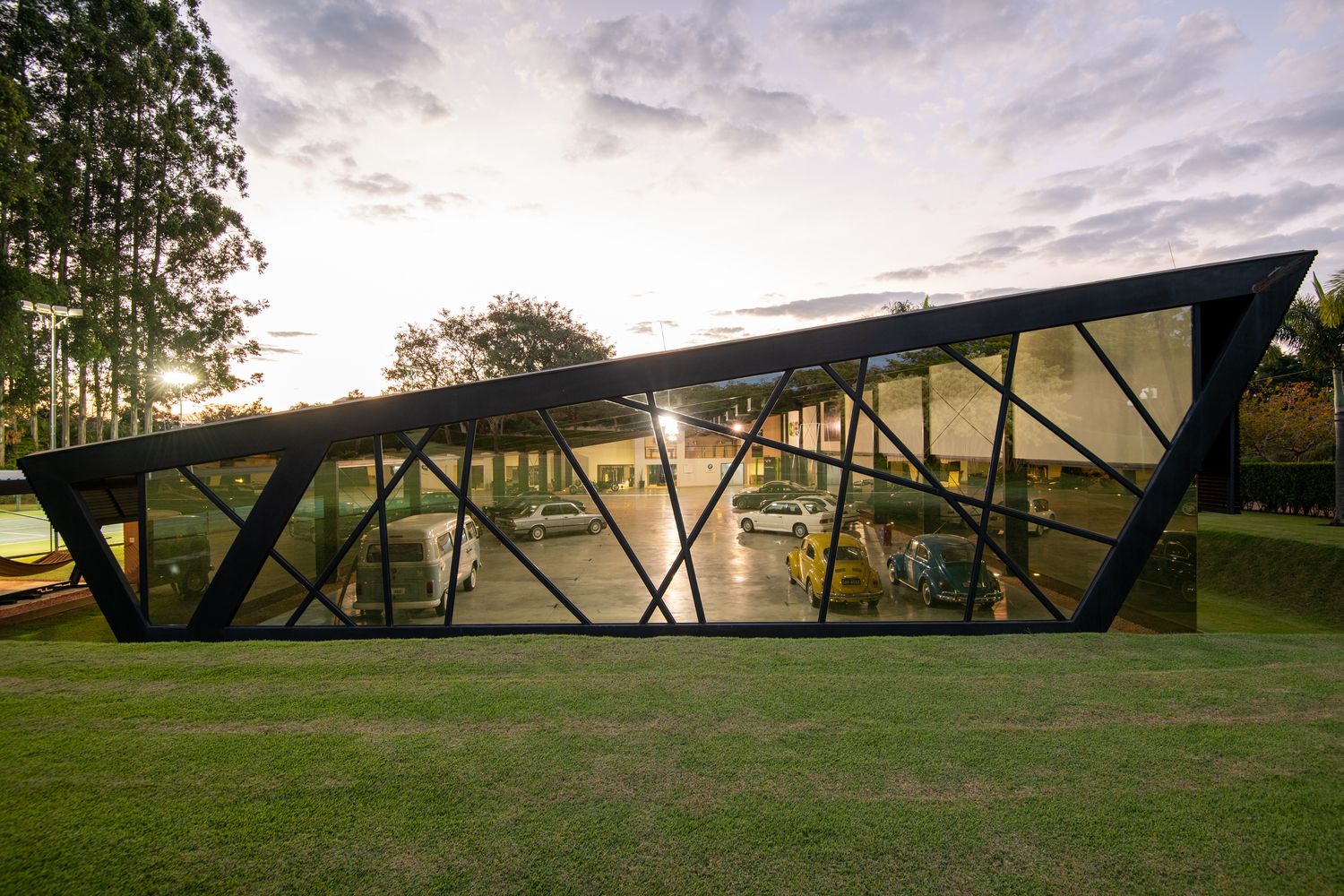 The construction was implemented following the solar orientation, which resulted in the unique roof slope and an entire exposed southern glass façade,  facing the wider field of vision and becoming the highlight of the project.

The building elements were designed to be showing, such as  the black painted metallic structure,  the thermo acoustic insulated  roof,  the polished concrete flooring bordered by a pebble box frame visually bringing the outdoors in, the high efficiency UV protected glass windows, and the electrical and air exhaust systems in exposed metallic ducts. 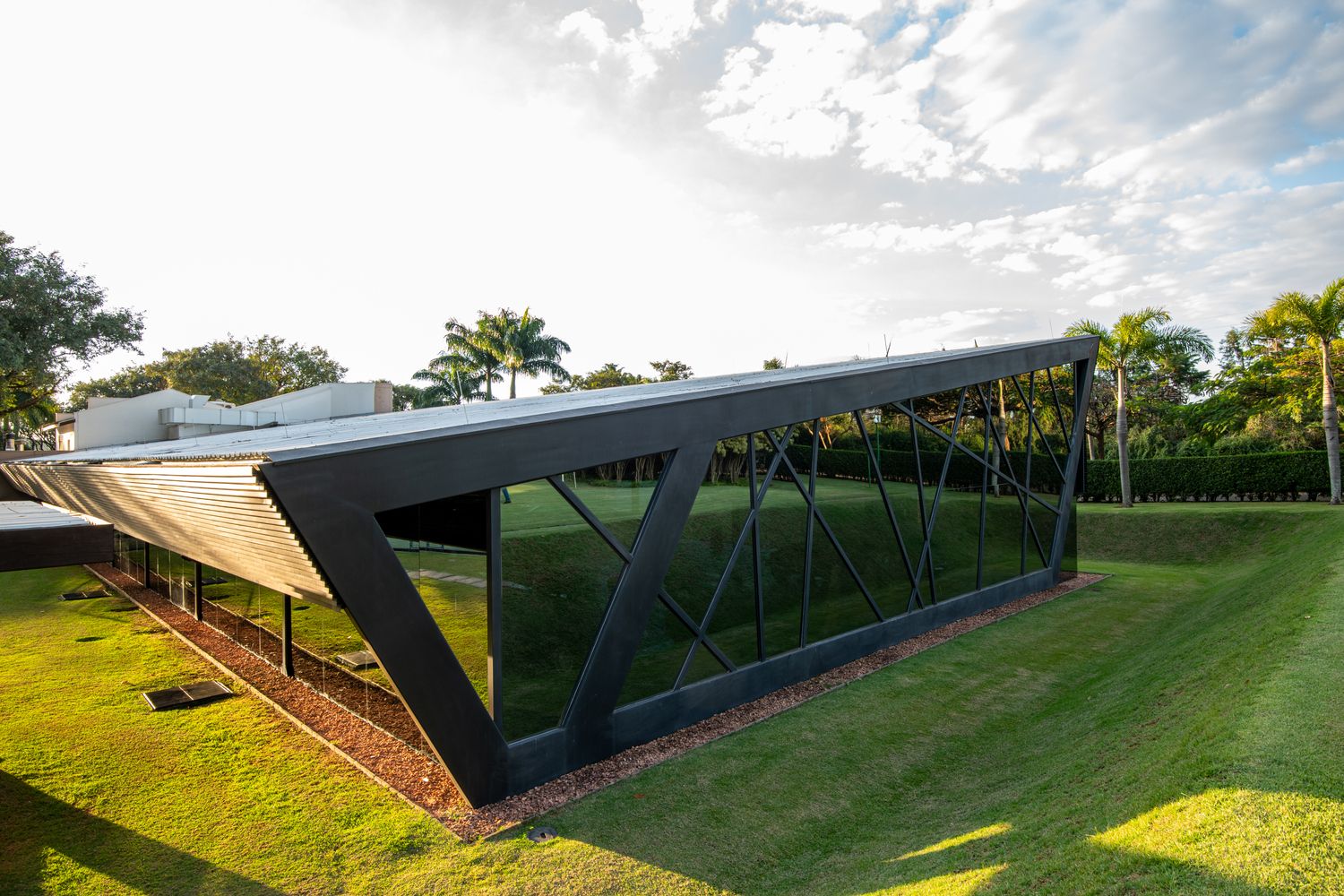 This form / function concept also resulted in high performance during the project execution, with a clean construction site without waste and reworks, as well as low energy and water consumption. The unique roof slope together with the high performance glass windows allow the sunlight and heat entry to be controlled without the need of air conditioning and little artificial lighting. The roof also allowed a unique rainwater drainage facilitating the water storage in buried cisterns/tanks, to be further used in the garden irrigation.

The total construction has 1000m2 of built area designated for the cars garage and approximately 500m2 for guests suites, gym room and recreation area.