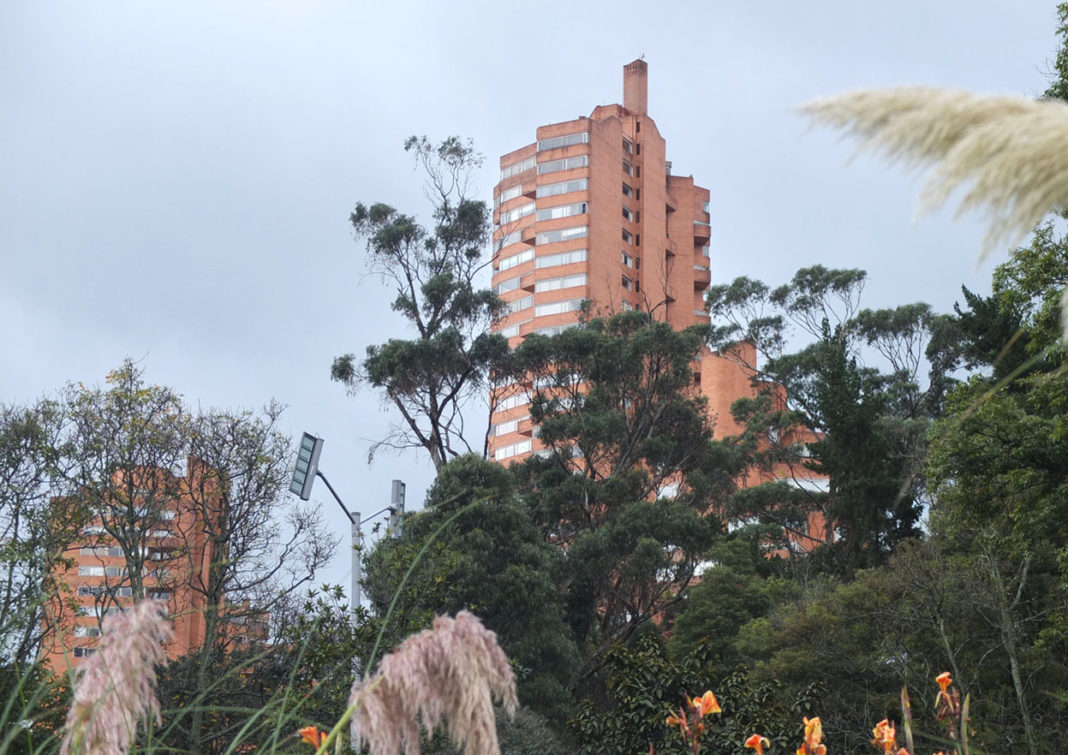 According to the Rogelio Salmona Foundation, the buildings he designed “are not just an amazing union of projects, but more importantly, works of art.” So, we recommend a walk through a half-century of innovation, beginning with the Eje Ambiental at the Avenida Jiménez de Quesada in Bogotá’s historic center. In the 1930s, this major avenue was constructed on top of the Río San Francisco, which in the 16th Century acted as the city’s northern border and most important water source. The Eje Ambiental begins at the base of Monserrate, passing the city’s oldest church, Las Aguas, to reach the Carrera Séptima. Salmona created a project titled “Recuperación de la Jiménez” with the primary aim of preserving the river’s original shape, giving the illusion that it is moving through the street.

In La Candelaria, one of Salmona’s last creations, the Centro Cultural Gabriel García Márquez (Calle 11 with Cra.6), was built with funds from the Mexican Fondo de Cultura Económica, acting as a symbol of the unity between two nations. This innovative cultural center named after Nobel laureate Gabriel García Márquez, is home to a wonderful library and space dedicated to art exhibitions and events. Connected by a series of ramps, which are emblematic of Salmona’s work, there is also a rooftop terrace providing beautiful views of the Catedral Primada and streets down below.

Construction began in 2005 two years after Salmona died battling cancer. It is a wonderful representation of his evolution as an architect illustrated by the circular structure of the building. From above, one can observe that it is a revolutionary design when comparing it to the traditional houses of Bogotá’s historic center. “It represents elevation and establishes a two-layer façade with the first, maintaining the rhythm of the street alongside it,” claims architect Alfonso Serna.

The first contemporary arts museum in Colombia, founded by the Argentine critic Marta Traba, was given the acronym Mambo (Museo de Arte Moderno de Bogotá). Originally housed in the National University of Colombia, only in 1985 was the museum reinaugurated in Salmona’s iconic brick structure overlooking the Carrera Séptima. The building consists of four floors, six exhibition rooms, and one auditorium used for projects and educational talks. This year, the museum was given a makeover and Laura Feged, its co-director, explains, “changes have been made to integrate the museum with the city, just as Salmona wanted all his work to be”.

Finally, wander through the Torres del Parque housing complex (Cra.5 with Calle 26), the first project that gained Salmona international recognition. Built in 1970, many consider these towers to be his most iconic creation as it went on to win the Alvar Aalto medal, one of the architectural world’s most prestigious awards, given out every three years by the Finnish Association of Architects.

Located in La Macarena next to Parque de la Independencia (one of the city’s oldest parks), Torres del Parque is a perfect example of how Salmona’s architecture fits in nicely with its surrounding environment. Alberto Miani, another Colombian architect, believes that “its staggered shapes complement Cerros Orientales” and that it “embraces La Santamaría Bullring”. Climb up to the top floor for a breath-taking view of the neighborhood and Bogotá’s famous planetarium.

The postgraduate building for the National University’s Humanities faculty (Edificio de Postgrados de Ciencias Humanas) is worth a visit as well. Having studied architecture at the Nacional before moving to Paris in 1948, the completion of the structure was an intensely personal undertaking, incorporating his emblematic red brick into a circular structure that uses water to create mirror-like reflections.

On the western fringes of Chapinero, near the city’s largest green space is one of the most impressive public libraries, Biblioteca Pública Virgilio Barco (Calle 63 with Cra. 60). With a roof offering a 360° view of Parque Simón Bolívar and, in the horizon, Monserrate and Guadalupe atop their individual mountains, the library is a space described by the Rogelio Salmona Foundation as inspiring “happiness and work that offers visitors freedom of movement and an enriching sensory experience.”