The tower was chosen by a panel of architects from world-renowned firms, with Jury Chair Karl Fender of Katsalidis Architects describing it as a “building that gives back.” The scheme was also recognized for its multipronged focus on occupant health, sustainability, structural efficiency, and a significant level of integration with the surrounding urban habitat.

Salesforce Tower will be the tallest building in San Francisco, joining the Golden Gate Bridge and the Transamerica Building as one of the skyline’s defining elements. Pelli Clarke Pelli won an international competition in 2007 to design the tower and the Salesforce Transit Center at its base. Together, the two buildings represent a novel approach to public-private collaboration and sustainability in an urban setting. 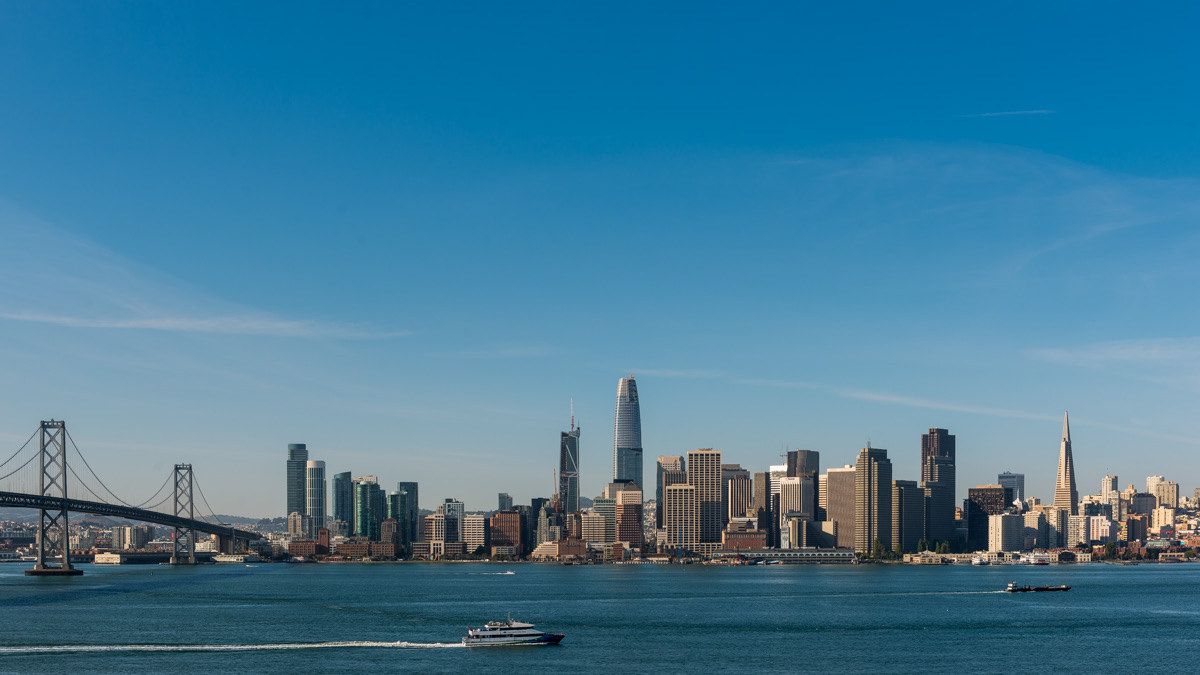 The competition was sponsored by the Transbay Joint Powers Authority, a public entity created by the City of San Francisco to develop the new transit centre. To help fund that building, part of the site was offered for sale to teams of developers and architects in an invited competition. Pelli Clarke Pelli and its development partner submitted a design that focuses on sustainability, neighbourhood development, and financial feasibility.

Standing 326 meters (1,070 feet) tall, the tower has the simple, timeless form of the obelisk, giving the 61-story tower a slender, tapering silhouette. The walls are composed of clear glass with pearlescent metal accents. These horizontal and vertical accents gradually taper in depth to accentuate the curved glass corners. The walls rise past the top floor to form a transparent crown that appears to dissolve into the sky. Carved into the tower top is a vertical facet that will be lit at night. 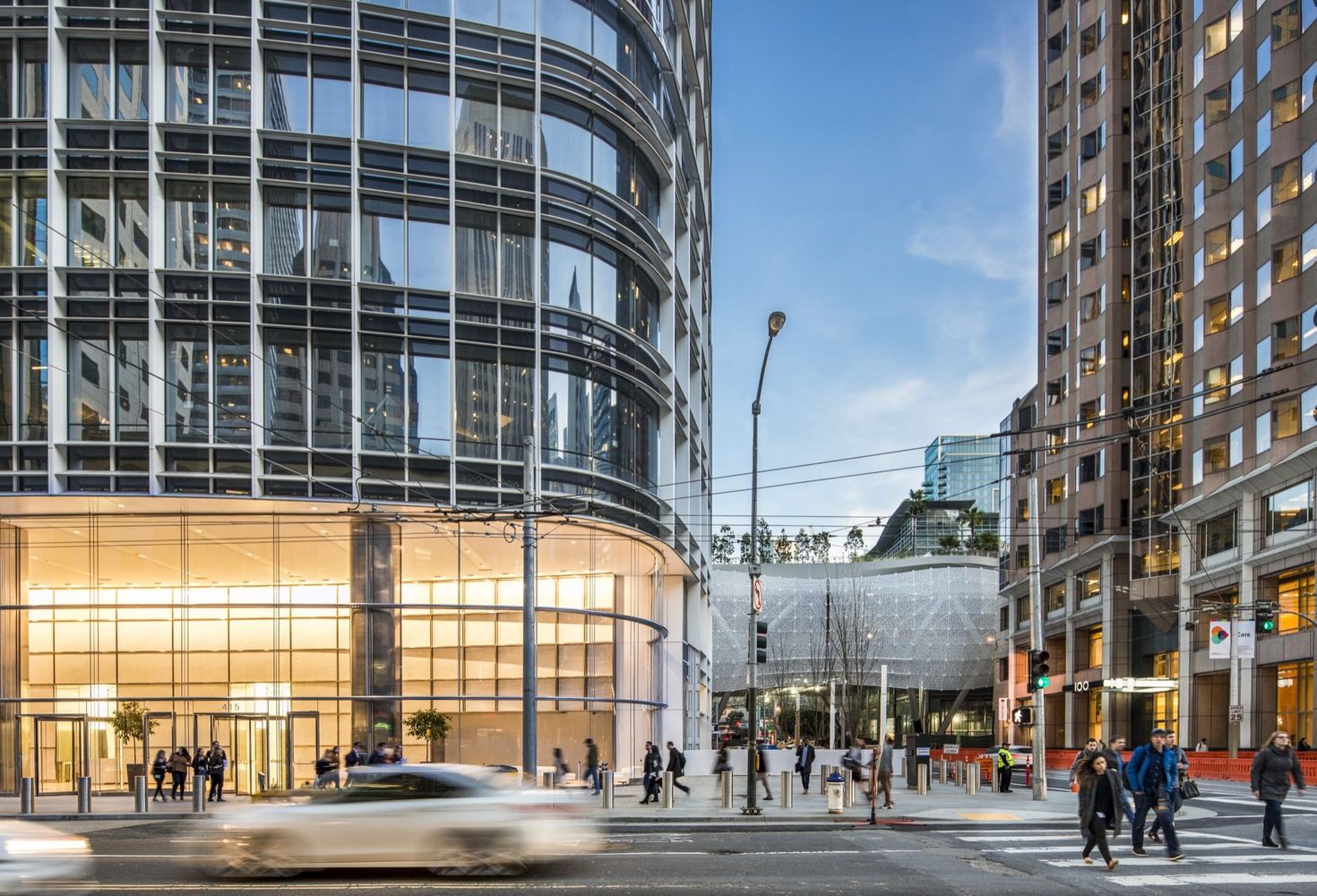 At its base, Salesforce Tower connects directly to the transit centre, which will house 11 Bay Area transit systems. On top of the Transit Center and linked directly to the tower is a 5.4-acre public park, which will offer recreational, educational, and nature activities. The park has two roles: the future anchor of the neighbourhood and a key element of the project’s sustainable design strategy. 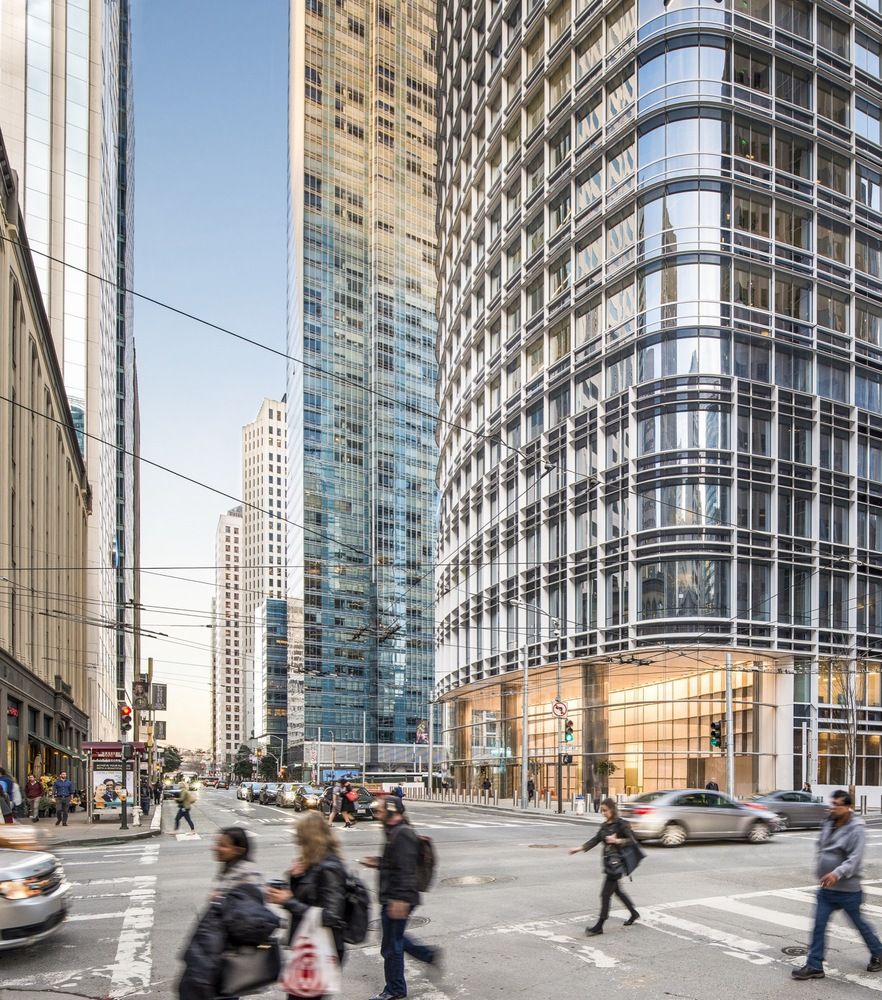 Each floor of the tower will have integrated metal sunshades, calibrated to maximize light and views while reducing solar gain. High performance, a low-emissivity glass will also help to reduce the building’s cooling load. Cooling may be provided in part by heat-exchanging coils wrapped around the tower’s foundations. The tower and transit centre also include comprehensive water recycling systems. In addition, high-efficiency air-handlers will take in fresh air on every floor.

Source: The Best Tall Buildings of 2019, According to the CTBUH and Salesforce Tower / Pelli Clarke Pelli Architects on archdaily