Maintain the coherence of the original building of the architect D. Javier Fontán Gamarra without resignations. Or at least with the minimum renunciations. Amplitude of the volume, natural lighting, where there is no direct access to the façade, wide and visually related circulation spaces.

The clarity of the circulations and the use of color as tools to build a warm environment for the first contact with the social and cultural dimension of its small users. The intervention expands the classroom program in three units and adapts the program of common uses accordingly. The project replaces the volume of the gym superimposed on the building by the expanded teaching program. The nucleus of internal stairs is relocated and an elevator and evacuation exits are incorporated in the front walls to comply with current regulations. 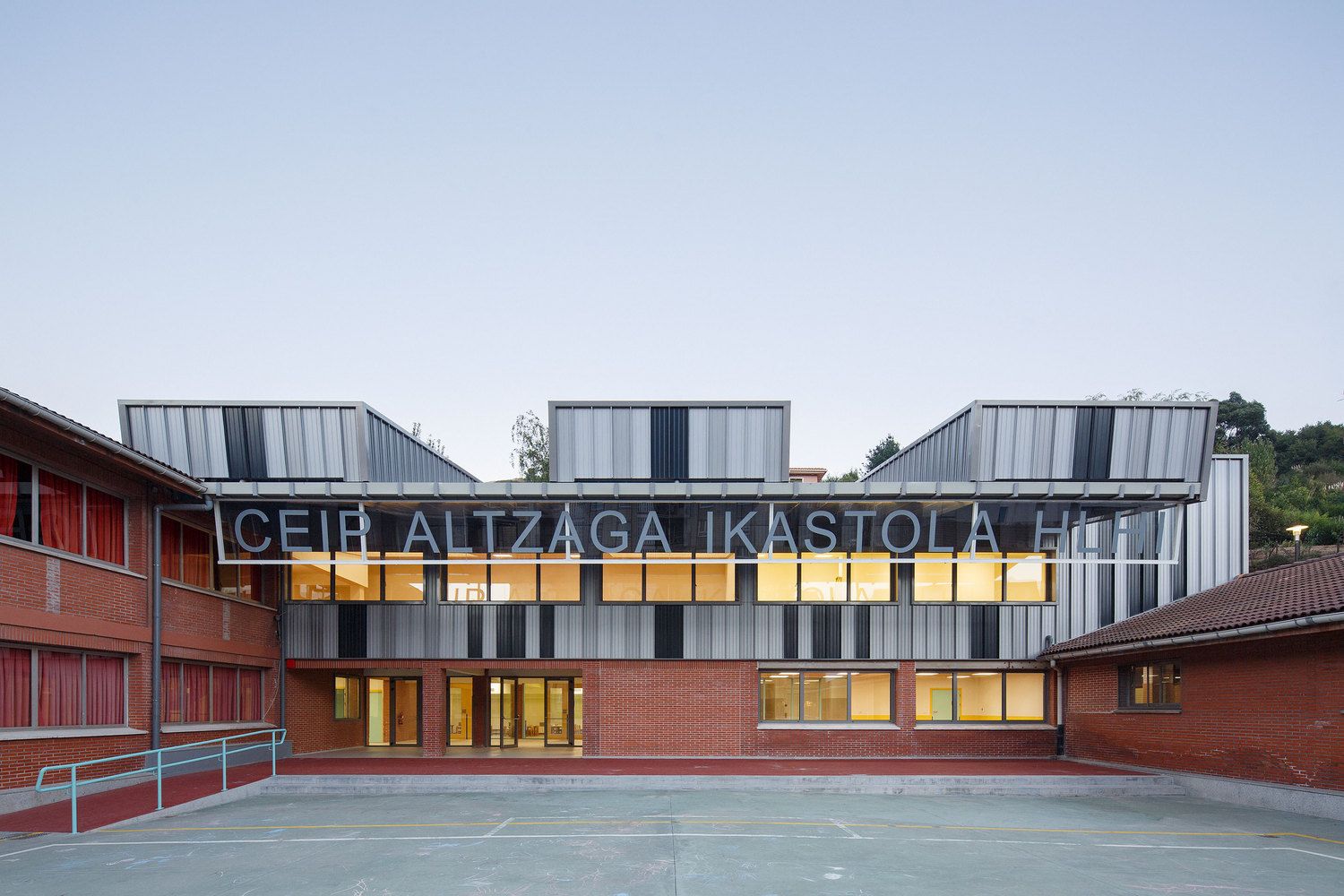 The original building of 1988 has a clear and justified organization in its project. The extension and the adequacy are based on the general scheme of the building, the general organization and the maintenance of the clarity of the circulations both on the ground floor and on the first floor. Externally, the intervention reduces the porch area. To alleviate this inconvinient, the cover of the west alignment is projected on the flight so that the exterior surface is recovered. The roof incorporates a double door in the psychomotor room to connect it directly to the covered porch and increase the possibilities of flexible use of the set.

It is an intervention in a building with deep foundation in all its depth, the proposal is limited to the projection in the existing floor, avoiding extending the limits beyond the existing alignments and rationalizing the investment to avoid new deep foundations. As far as possible, the existing structure is reused. The metal structure of the gym is not dismantled, but it is built on with the necessary modifications. The current networks are transformed into trusses to be able to increase the lights and displace the supports of the west façade, making them compatible with the new distribution. The flight to the west of the truss partially compensates for the increase in light between the proposed pillars. 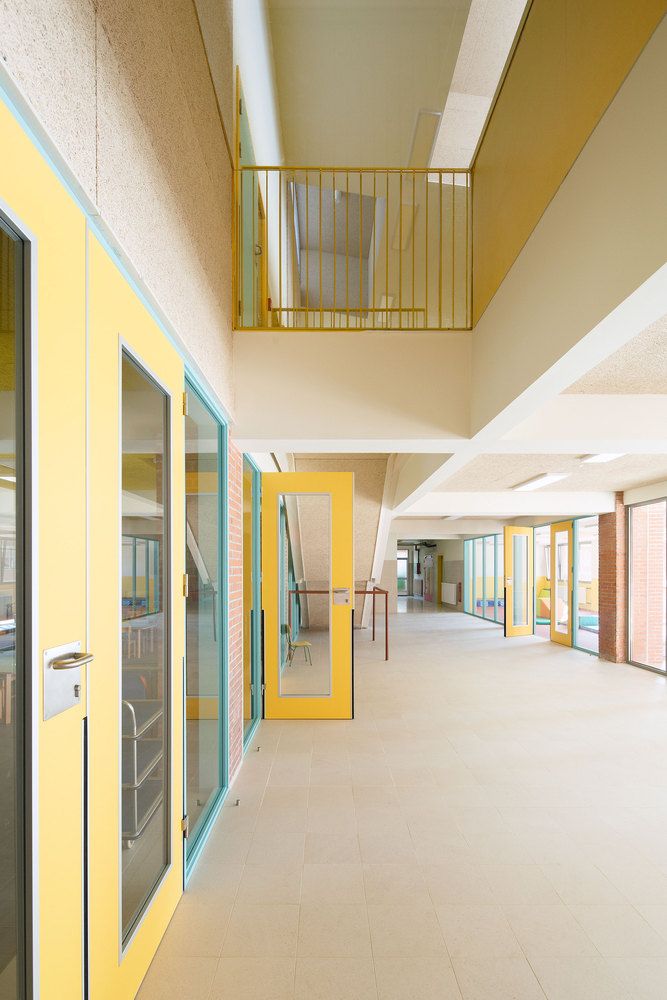 Ensuring natural lighting in the new perimetral pieces is simple. In the case of the central circulations, on the ground floor and  the first one, and especially in the existing dining room of the ground floor, it is quite more complicated. To achieve the purpose it uses the edge of the volume of the cover, which is covered in to a hinge sequence, and on which the skylights (vertical closing) are inserted. This source of lighting is natural over the upper corridor and it is combined with the opening of holes in the ceiling of the ground floor in order to provide with natural light the spaces without facade. In addition, the dining room whom with the closing of the porch is transformed in the interior in the west, it requires ventilation openings and direct lighting with the exterior. For achiving this purpose the wall is perforated in the south and a new window is located in the facade.