Designed by Mexican-born architects Francisco Gonzalez Pulido and Alonso de Garay, of Chicago-based FGP Atelier, and Taller ADG based in Ciudad de México; the Alfredo Harp Helú stadium is the country’s largest baseball facility to date with 20,000 seats—a drastic difference from its home team’s previous home, the 5,200-seat Estadio Fray Nano. A baseball aficionado, part team owner, and renowned Mexican businessman and philanthropist, Helú commisioned De Garay, who invited González Pulido to collaboratee, to design a world-class facility replete with all of the services and amenities for its team and its followers, but with the grander intention of reinvigorating the sport in Mexico and fostering a sense of community and culture. 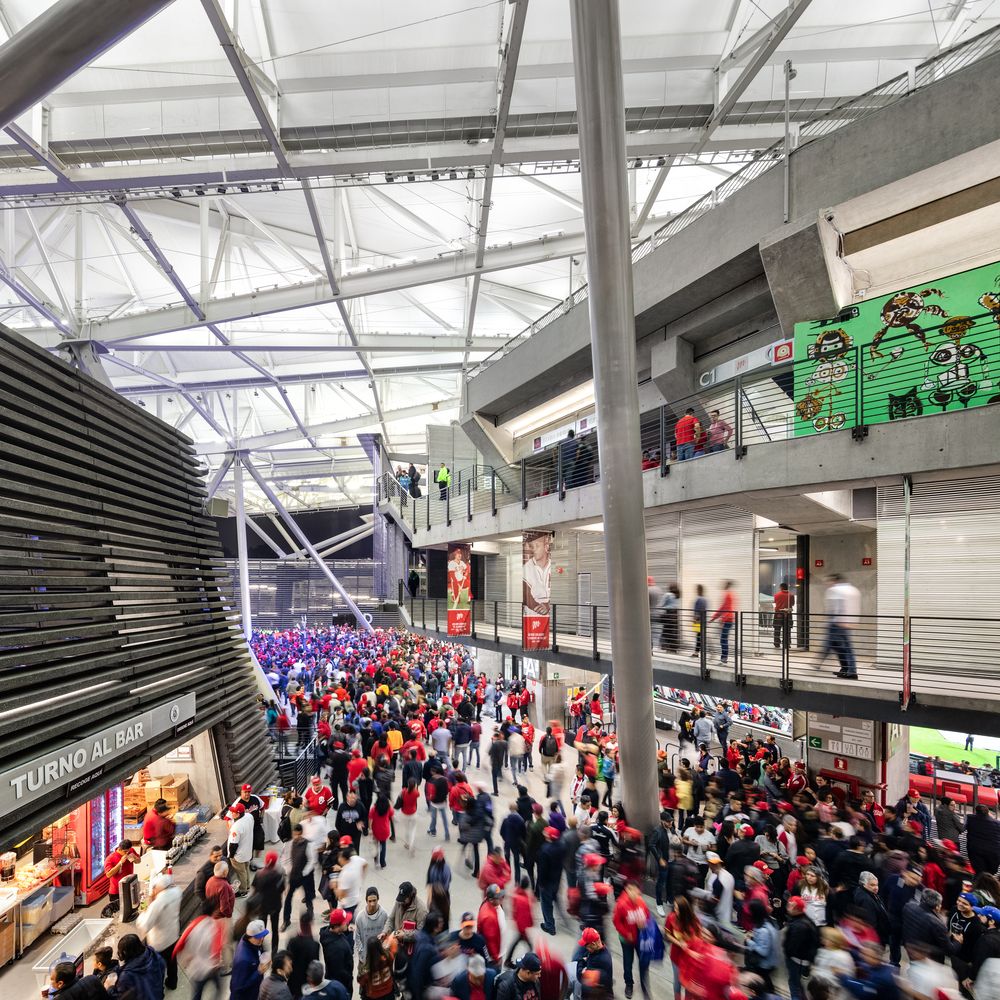 Located adjacent to the Formula One Race Track in the sports complex of Magdalene Mixhuca, the architectural and theoretical undertaking involved melding modern and prehistoric materials to reference Mexico’s history and culture while turning the paradigm of the stadium on its head. The stadium’s roof, which is aptly shaped in the form of a trident spear to reference the home’s team’s devilish name, was a technological feat in itself.  The roof was designed by FGP Atelier, the non-public interiors by Taller ADG, and podium seating and public circulation as a collaboration between FGP Atelier and Taller ADG.

The monumental yet lightweight structure is composed of steel wrapped in PTFE textiles material that plays with the light. To install it, the largest crane in the world was employed to lift the massive truss structures into position while digital scanning techniques ensured precise alignment. Six truncated pyramid-like forms clad in indigenous volcanic rock form the base of the structure and provide outdoor terraces at the top with food stalls and an area for socializing away from the arena. The shape and materiality of the forms—which recall ancient Mesoamerican temples—serve as a reminder of the country’s rich history and also perfectly marry ceremony and innovation by providing an awe-inspiring entrance. 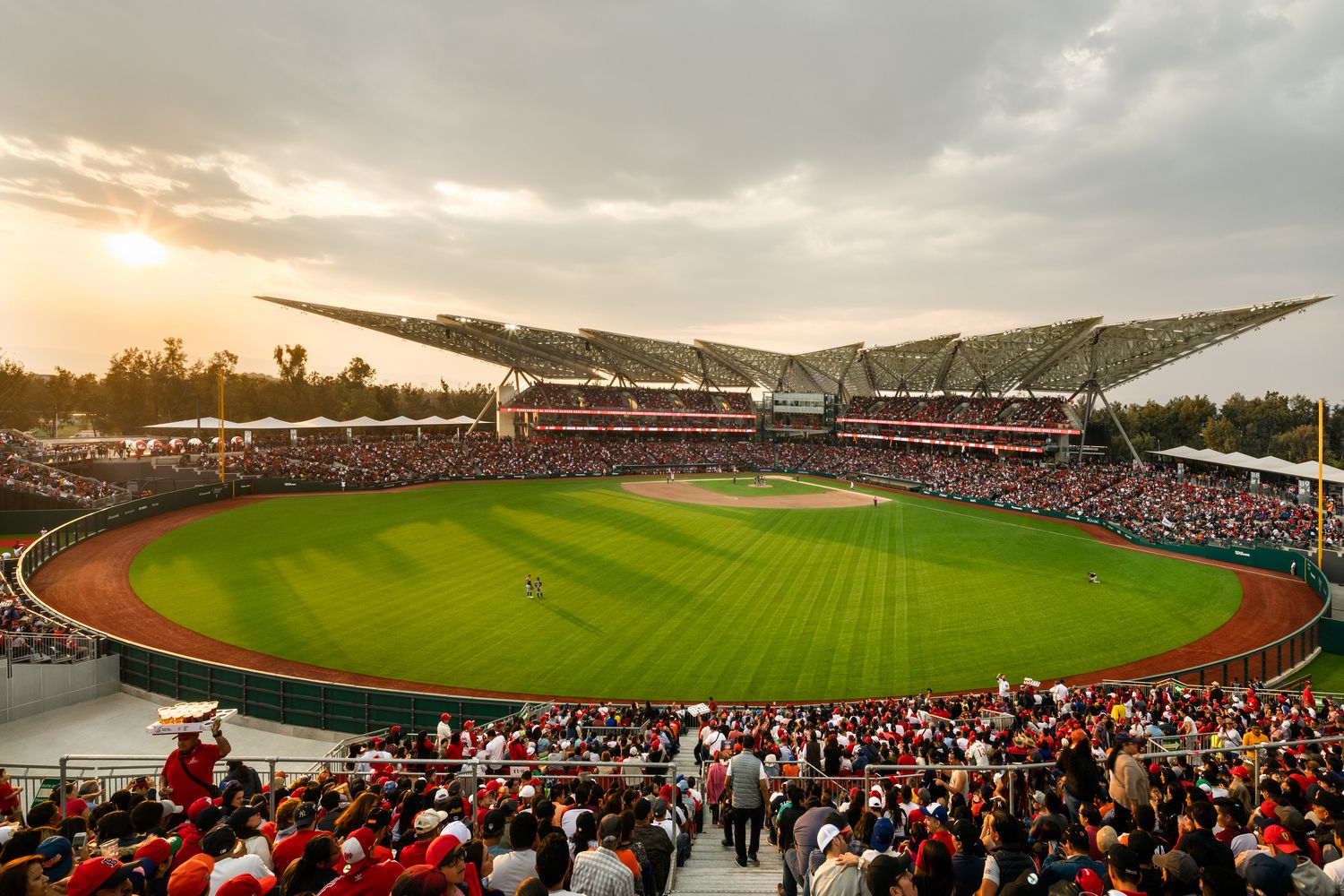 The actual stadium itself offers the feel of an open-air amphitheater largely because of the sense of a ‘floating’ roof with an impressive 11,500 covered seats and 8,500 additional seats in the outfield—all designed to offer fantastic views of the ball game. While VIP level box rooms overlooking the field are incorporated, a certain amount of low-cost seating is reserved specifically for the surrounding community. In addition, a public plaza was designed to circle the stadium—offering the local community a way to earn additional income through a year-round market and another avenue to come together. 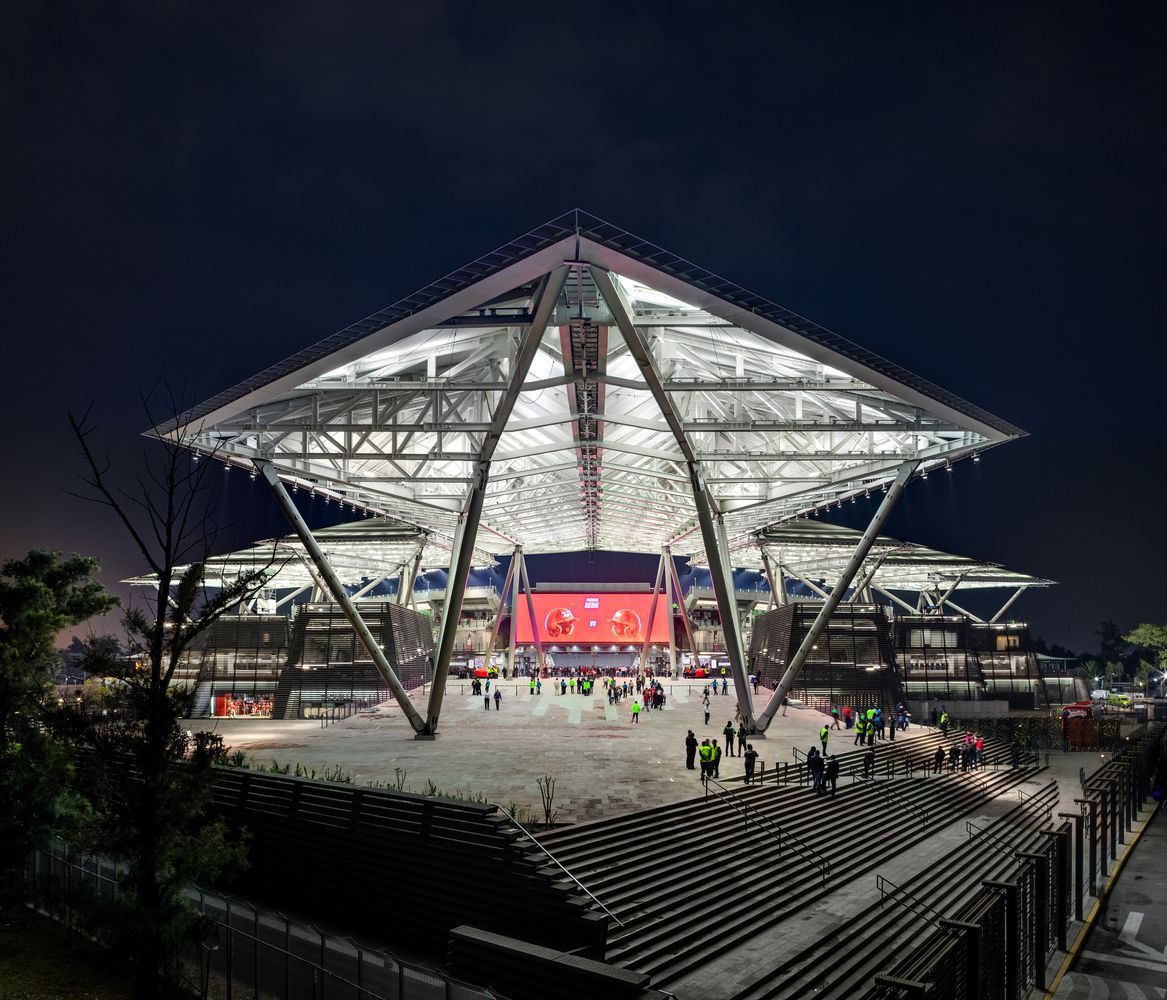 Referred to as the Diablos Rojos stadium in honor of the home team, the stadium showcases a new paradigm of architecture for sports facilities that perfectly melds culture, technology, and provides various different avenues for social engagement—a factor that is a large part of Mexican Culture. Meant to be more than a stadium, it’s establishing itself as the iconic home of Mexican baseball with a training center available to the local community, a community market, and excellent seating for all.