A GARDEN ABOVE A STORE IN SAO PAULO

Located in São Paulo, the first permanent ê. flagship store was designed by the Brazilian duo Pistache Ganache. The shop was drawn to create a retail interior that architecturally reflects the young and exquisite spirit of the brand. The main concept, an abandoned pool taken by nature, came from the desire to extend the mall’s garden towards a large window facing the city from inside store. The design process was an exercise of thinking how the mall would be in 100 years from now, possibly becoming a abandoned itself. The idea of a ruin built on the present.

The garden, central element of the store, was inspired by the concept of garden in motion from the French gardener Gilles Clement, in which. Most of the chosen species are pioneer plants, hardy species which are the first to colonize previously disrupted or damaged ecosystems. A biodegradable substructure was built in the ground so that an embankment could provide the minimum height to plant a garden on the mall slab. 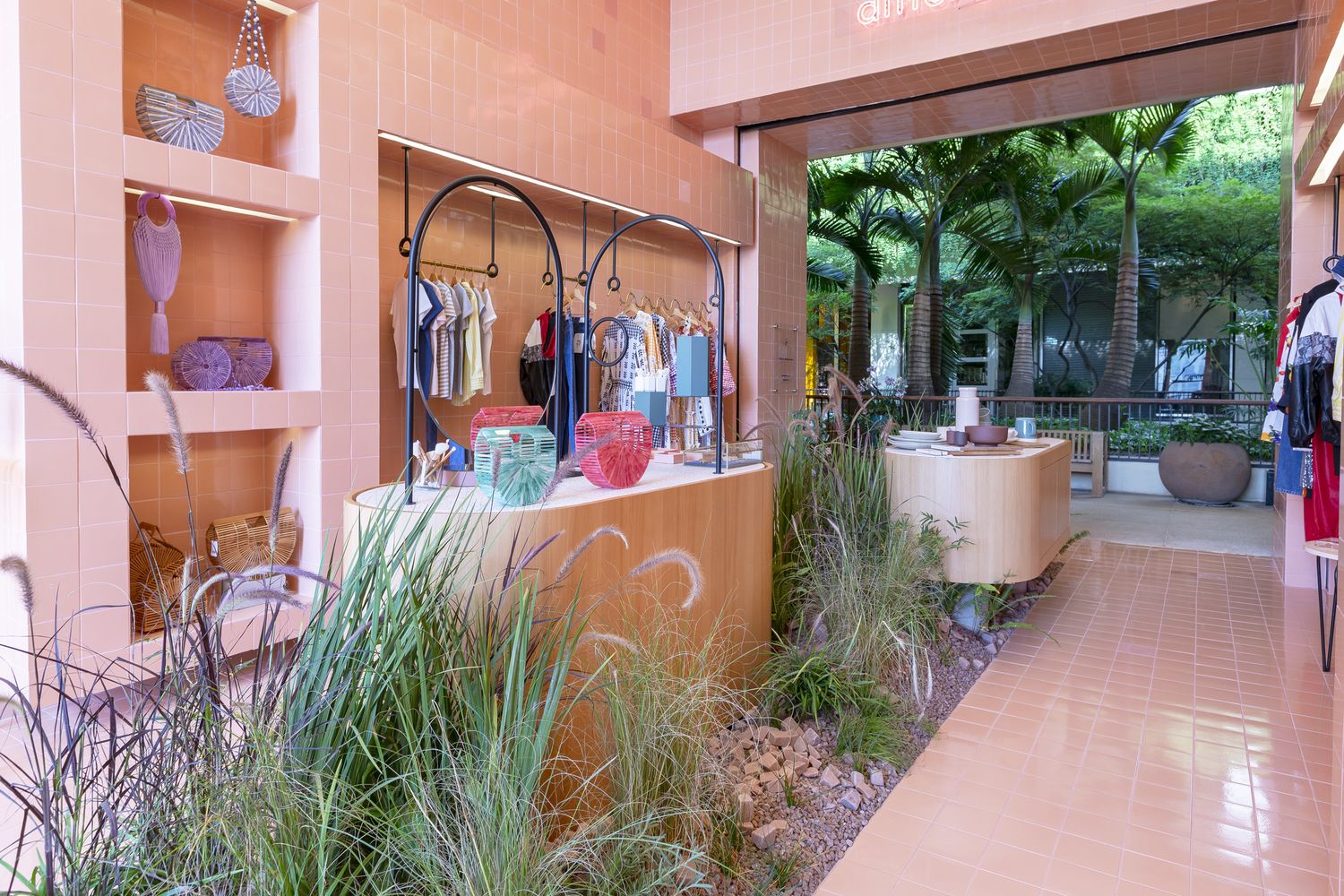 The store is composed of two areas: the main room where the fashion items are displayed and a side area where the fitting rooms and home decor items are. The central chamber walls are covered with 10,345 light pink tiles, 10% of those are vintage reused tiles. This mosaic of different tiles was inspired by the artwork “Saunas e Banhos” from the Brazilian artist Adriana Varejão.

The workers were free to set the tiles as they wanted. Some guidelines were created to help them to imagine the layout such as :“imagine that a pipe was broken and you have to replace the tiles”, or “imagine you had to fix a tilled wall, but the tile was out of stock”; the result is a combination of the tiles worker’s imagination and the meticulous work of the contractor. 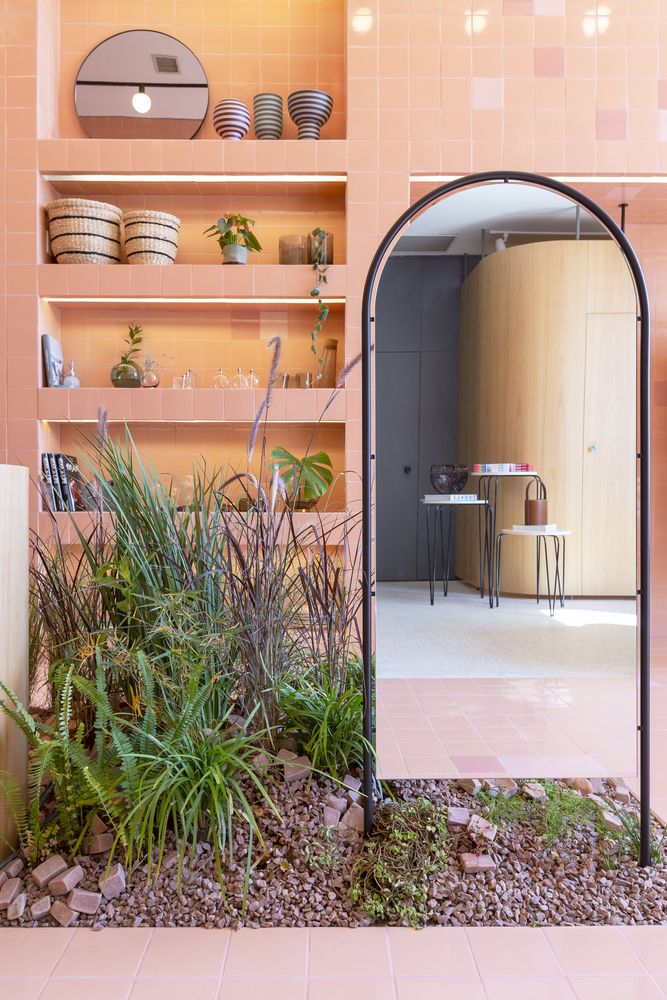 During the construction process some layers of the mall structure were revealed and kept as part of the project, resembling an archeology of the mall itself. Like Gilles Clement in his garden the intention was to allow the process and the past layers drive and change the final result of the space.